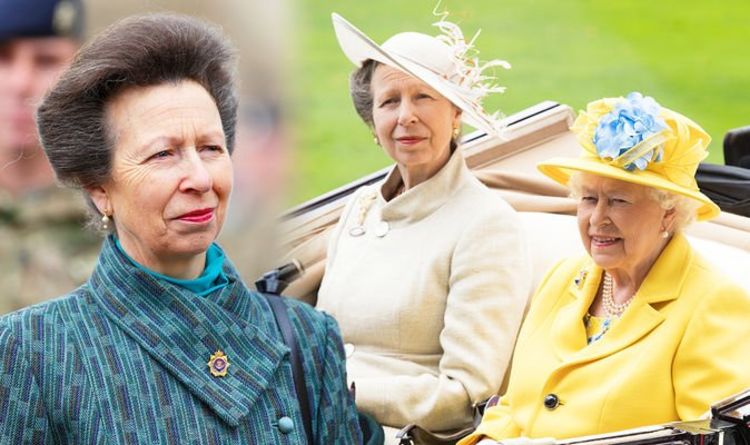 Princess Anne is the only daughter of the Queen and is often considered one of the hardest working royals.

She has regularly been seen with the monarch at various royal events.

Because of this, she could have taken the place of Prince Philip for the Queen since he retired in 2017.

The expert said: “Stoic, hard-working, practical, out-spoken and challenging, of all the Queen’s children, Princess Anne has always been both the closest and the most similar in terms of personality to her father Prince Philip.

“Her low-key, unfussy, immensely solid role in the Queen’s public life makes their relationship look similar in many ways to that between the Queen and her husband.”

When Princess Anne has stood by her mother, she appears to entertain the Queen.

As well as getting well while at public events, the royals are also thought to have shared interests away from work.

Judi said: “Like her father, Anne appears to make the Queen laugh and most poses between the two women suggest a shared sense of humour, bringing out a side of the Queen that we rarely get to glimpse.

“She had a similar twinkle in her eye to her father and clearly supplied the kind of hands-off and unfussy support that the Queen always prefers.

“Both women share a passion for horses and, off-duty, they will often dress in identical, country women style, tweeds, wellies and headscarves.

“If the Queen hadn’t inherited the crown it’s likely it would be Anne’s lifestyle that she would have most love to embrace.

The expert suggested Princess Anne has been “low-maintenance” in the Royal Family.

“But that’s probably because Anne is the low-maintenance child.

“While Charles, Andrew and Edward have all been through periods of angst, emotions and dramas, Anne has always been the one who just gets on with the job, even sailing through her divorce and remarriage in a low-key, practical way.”