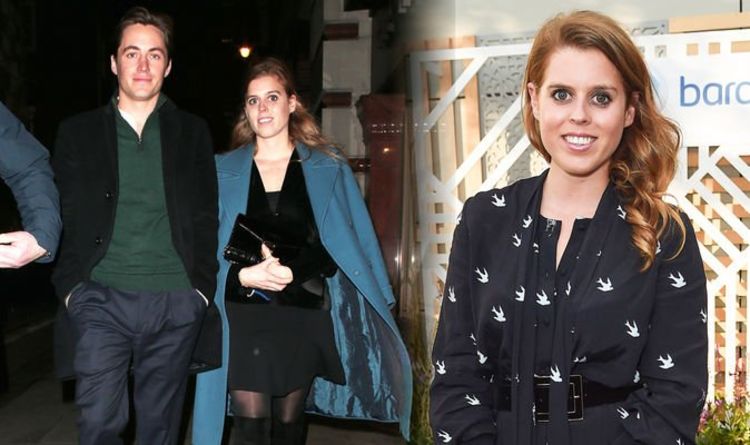 Princess Beatrice and Edoardo Mapelli Mozzi, 37, have been engaged since September 2019. Although Beatrice is part of the Royal Family, a body language expert claimed the couple has shown a “celebrity image”. What will her wedding be like?

Princess Beatrice and Edoardo dated for just over a year before their engagement was announced.

The royal is the granddaughter of the Queen but she has taken on a role slightly different from royal cousins like Prince William and Prince Harry.

Beatrice is not a working member of the family and she has shown signs of “celebrity”, body language expert Judi James claimed.

Analysing pictures of the Princess shortly after announcing her engagement, she explained the couple had a showbiz look.

Judi told Express.co.uk: “In the earliest poses there seems to be clear hints that the very cool and charming-looking Edoardo was pulling rank in terms of confidence and experience.

“Looking very much the comfortable socialite he is seen leading a much more startled-looking Beatrice by one hand in the traditional style of a celebrity power-couple, holding her hand and even pushing the clasp behind his own torso in a protective-looking gesture.

“Their style of dress also suggests an attempt at a celebrity profile, with her sparkly green dress and his designer suit and stylish shoes.”

The expert explained the couple made an effort to appear as a celebrity power couple.

However, their body language has changed now that the wedding is drawing closer.

Judi added: “By the last poses together the couple are looking far more subdued and low-key, in both their style of dress and their demeanour.

“They seem to have dropped their celebrity image and opted instead for something more traditional and regal.”