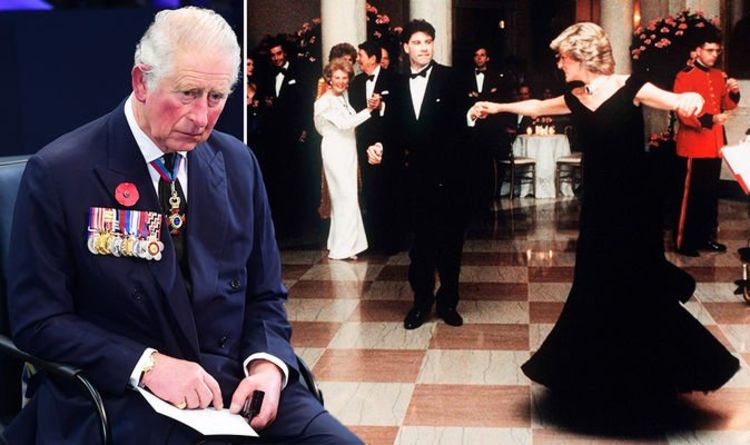 Author Kitty Kelley shared an insight into the event in her book about the UK royal family, The Royals.

She wrote than while Diana enjoyed dancing with two of Hollywood’s most handsome male stars, Prince Charles was left “ignored.”

Kelley explained that Nancy Reagan made a point of inviting Diana’s favourite male film stars to the event.

Among these were John Travolta, Neil Diamond, Tom Selleck and Clint Eastwood.

The author recounted an episode when Diana enjoyed a dance with two of the Hollywood celebrities.

She was even described as a “good little mover” who recognised the “special” moment.

“After the royals and the Reagans had danced the first dance, the First Lady approached Travolta,” wrote Kelley.

“The movie star walked over to the Princess’s table and asked her to dance. ‘I was thrilled.’ Diana said.

“Everybody stopped talking to watch them and completely ignored the Prince of Wales, who was dancing with the ballerina Suzanne Farrell.

“‘The Princess got wind that it was a special moment,’ recalled Travolta, ‘and she really seemed to take off.

“‘She had great rhythm. We did spins and turns.

“We did a kind of modern fox-trot, and she followed me very well. She’s a good little mover.’”

Diana also enjoyed a dance with Clint Eastwood at the White House.

The famous actor was 31 years her senior.

He was also taller than Diana – an asset her husband, Charles, did not possess.

Kelley wrote: “She whispered to Clint Eastwood how much she would enjoy dancing with a man taller than she was.

“She confided to him that at five feet ten inches, she had been told to wear low heels so she would not tower over her husband. ‘But you’re over six feet tall’, she said to the craggy-faced actor.

“Eastwood described his dance with Diana by paraphrasing a line he had made famous in his Dirty Harry movies: ‘She made my day.’”

Diana also danced with Tom Selleck that night; the pair performed a waltz.