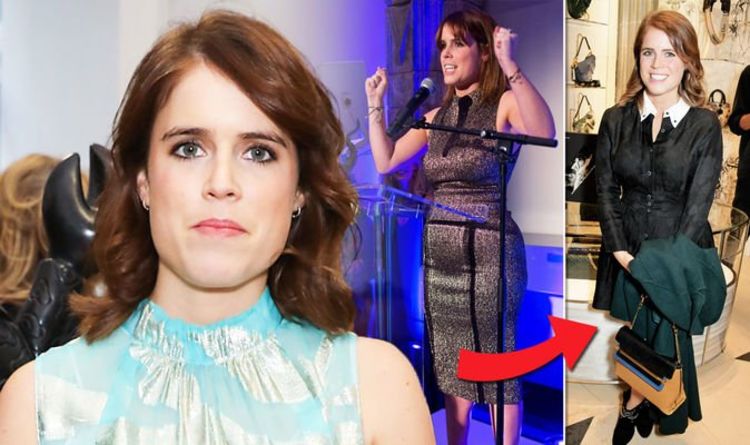 The Duchess of York, Eugenie’s mother, revealed she had facelifts and Botox for the event.

But, Sarah wasn’t the only one who underwent a transformation for the big day.

Princess Eugenie’s weight loss had the bride looking spectacular for her wedding.

She said: “Princess Eugenie has a gorgeous shape with all the right curves but it does appear more recently she may have shed some body fat in prep for her wedding.

“If she has been following a weight training programme it’s hard to determine how much weight she has lost due to muscle gain.”

“I believe she may have lost three per cent body fat (four pounds of fat loss) in the six weeks since the Royal Wedding [of Meghan Markle and Prince Harry].”

Eugenie has spoken out on how she keeps in shape in the past.

“I do circuits, which I love because they’re quick: burpees, squat jumps, lunges, the whole lot.

“It’s much better, as I can’t run for a long time.

“Or I go with my best friend to this amazing, women-only gym called Grace Belgravia.”

The granddaughter of the Queen also revealed her favourite healthy restaurant in London, Detox Kitchen in Soho.

She said: “They do the best food, all healthy. There’s often a queue outside.

“I try to not eat at my desk because it’s good to go outside, especially in the summer, and it’s always fun to explore Soho.”

However, this will not be the case for Bea’s big day, Buckingham Palace has confirmed.

The cost of Princess Beatrice’s wedding to Edoardo Mapelli Mozzi will be met privately, a palace spokesman told Express.co.uk

Ahead of Eugenie’s wedding a petition against public funds going towards it was signed by 14,000 outraged British taxpayers.

Her full title is Princess Eugenie Victoria Helena of York. She is the Queen’s sixth grandchild and is currently ninth in the line of succession.

She then attended St.George’s School in Windsor before completing her A levels in Art, English Literature, and History of Art at Marlborough College.

In 2013, Eugenie moved to New York City to work for online auction firm Paddle8 as a benefit auctions manager.

She returned to London in 2015 to work for Hauser & Wirth art gallery as an associate director, gaining a promotion to be a director in 2017.

Princess Eugenie joined Instagram in March this year, the first royal to officially do so. Other members of the Royal Family have accounts run by the palaces.

She has 281,000 followers, but is only following 19 accounts, including close friend Ellie Goulding, her mother, and Queen Rania of Jordan.

Eugenie mixes in strictly A List circles, and is friends with celebrities and the cream of British society.

Ellie Goulding, Cara Delevinge, Jack Whitehall, Jimmy Carr, and James Blunt are also known to be friendly with the Princess.