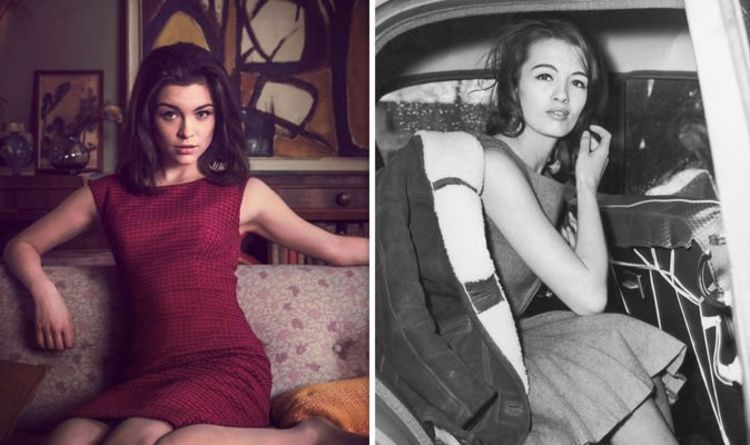 Ms Keeler was just 19 when she became embroiled in a sex scandal that would bring down Harold Macmillan’s government in the early Sixties. In an astonishing chain of events, she found herself sleeping with John Profumo – the Secretary of State for War – and Yevgeny Ivanov – a naval attaché at the Soviet embassy. FBI files declassified under the US Freedom of Information Act in 2010 revealed the staggering requests put to Keeler by Ivanov that threatened not only British security but the fate of the Western world.

Ivanov knew all too well of Keeler’s ongoing affair with Profumo – who was one of the most powerful men in the country at the time – and saw an opportunity to boost his reputation in Moscow.

The FBI’s records claim he specifically asked his lover to question Profumo about Britain’s nuclear arsenal and obtain information about the movement of UK warheads.

The Kremlin obtained “a lot of information” that could have undermined Western security as Washington dubbed Profumo a “blackmail victim”.

US President John F Kennedy feared defence secrets had been compromised and the FBI’s director, J Edgar Hoover, even delivered a hand-written note to US Attorney General, Robert Kennedy, to warn of the risks.

Hoover’s note, dated June 18, 1963, refers to a US agent who had infiltrated the KGB in New York and obtained intelligence on Soviet communications discussing the affair.

The US agent had told Hoover that the flat where Profumo and Keeler met was being bugged by Moscow.

Another FBI informant cast more light on Keeler’s relations with Profumo and Ivanov, noting that “when one of these men would come in one door, the other would go out the back door”.

According to the informant, Keeler called Profumo ‘Jacky’.

He claimed Keeler admitted that Ivanov had requested she obtain information from Profumo.

The file reads: “She stated: ‘He asked me to obtain information as to when the atomic warheads would be sent to West Germany.’”

But the FBI files prove that, not only was the scandal a huge domestic embarrassment, it also put national security at risk and presented the Soviet Union with an unprecedented opportunity.

The scandal also came at a time when the “Special Relationship” between Washington and London was under tremendous pressure.

With Cold War tensions at their peak, the US found it increasingly difficult to trust the UK as the British intelligence service increasingly became seen as a leaky ship.

The so-called Cambridge Five of Donald Maclean, Guy Burgess, Kim Philby, Anthony Blunt and John Cairncross passed information to the Soviet Union from World War 2 to at least the Fifties.

'It's not his money!' Hubby gatecrashes Lottery call after hearing how much wife has won

ByWhen Melanie Denning found out she had won £30,000 on People's Postcode Lottery she couldn't contain herself. But the bad news for her was her...
Read more
U.K.

ByThe Government is today expected to announce that "high" or "very high" Covid-19 alert levels will be imposed on almost all of England when...
Read more