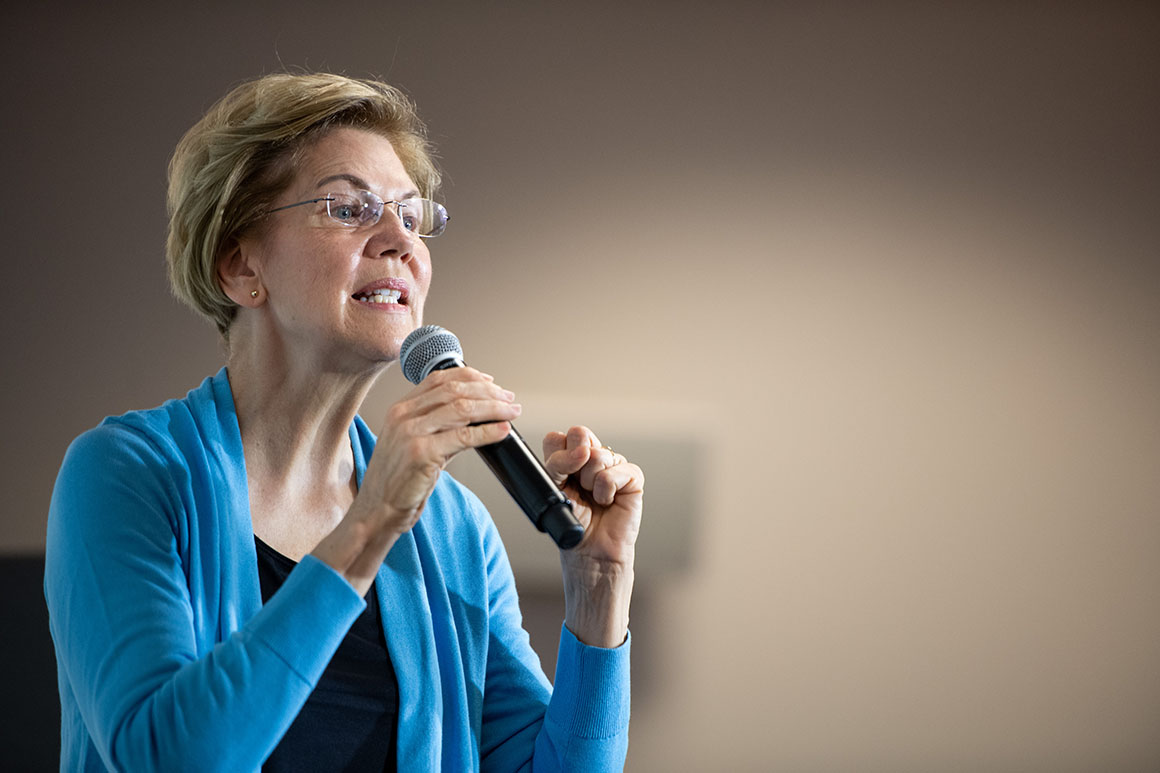 Over the past week, the progressive group Roots Action quietly began circulating a letter to other left-wing organizations, calling on Joe Biden to nominate Elizabeth Warren as his vice presidential pick.

The reception was divisive, as bad blood between Warren and Bernie Sanders’ camps continues to roil a demoralized left.

“There’s a lot of groups that don’t want to get into that,” Jeff Cohen, a co-founder of Roots Action, which endorsed Sanders in the primary, said of the reaction to the Warren-for-VP petition. “They’re working on other issues.” He said he plans to release the petition in a few weeks.

The ambivalence toward Warren among some on the left comes on the heels of a primary that saw the Massachusetts senator clash with her longtime ally Sanders in starkly personal terms. Though Warren has high-profile boosters — including former Sanders campaign co-chair Rep. Ro Khanna — and polls well as a potential Biden running mate, the fallout from her run-in with Sanders has dampened enthusiasm within the progressive movement for her as a VP choice, according to interviews with more than two dozen left-wing leaders and activists in recent days.

The interviews underscored that the left does not have a consensus vice presidential favorite as the movement lumbers around without a clear leader in the aftermath of Sanders’ loss.

Some want Biden to select a woman of color — perhaps former Georgia gubernatorial candidate Stacey Abrams or Rep. Barbara Lee — while others point to a Midwestern progressive such as Sen. Tammy Baldwin. Of the eight progressive groups that petitioned Biden’s team last week in exacting detail about future administration personnel, from transition team members to the National Economic Council appointments, none told POLITICO they had a particular preference for the vice presidency.

Even the Working Families Party, which endorsed Warren in the primary before backing Sanders after she dropped out, was circumspect about its preferred vice presidential choice, saying Biden should choose someone “who has shown leadership” on health care, climate change and other progressive priorities.

Sanders himself is not actively pushing Biden to pick a particular person for his No. 2, according to an aide to the Vermont senator. Asked on "PBS NewsHour" Friday how his supporters would feel if Biden picked Warren, Sanders did not take the opportunity to explicitly advocate for her.

“All I can say is that I think the more progressive the vice presidential candidate that he nominated, the better it would be in terms of the kind of response that our supporters would provide him,” Sanders said.

Warren herself confirmed she’s interested in the job. "Yes," she said flatly, when MSNBC’s Rachel Maddow asked Warren on Wednesday night whether she’d accept if Biden asked her.

It’s not assured that Sanders or any of the groups’ opinions would influence Biden’s decision. But Biden has shown a willingness to move left to shore up support among progressives and young people, among whom he lost badly in the primary, adopting several liberal plans in recent weeks and forming policy task forces with Sanders. Many Democrats are also adamant that they cannot repeat the mistakes of 2016, when Hillary Clinton failed to excite some progressives and Sanders supporters, who stayed at home or defected to Donald Trump.

Cohen said he views Warren as “the strongest unity candidate” and moderate Sen. Amy Klobuchar as “the most divisive choice” for Biden’s running mate. And Sara Nelson, president of the Association of Flight Attendants, has also been singing Warren’s praises in talks with the Biden campaign.

She “would be a wonderful choice,” Nelson said. “We’re watching her leadership play out in real time during this coronavirus crisis and she would unite the party.”

Warren’s advocates argue that she would bring a number of strengths to the ticket, including a strong record on many progressive issues and a robust small-dollar fundraising operation.

A recent POLITICO/Morning Consult poll showed Warren with the highest net favorability ratings of the potential VP candidates listed. And her experience in the Senate and in launching a consumer advocacy agency could play well with Democrats who said in the survey that they value experience for Biden’s vice presidential pick more than race, age, or ideology.

Despite the scar tissue from the primary, some Sanders campaign officials said Warren is the most viable progressive in contention for Biden’s vice presidential selection.

“I think one of the things we should do as a progressive movement is, given that he can’t pick Bernie — he said he’s going to pick a woman — we should push for the most progressive woman,” Khanna said. “And in my view, that’s Elizabeth Warren.”

Yet other Sanders allies and aides are outright dismissive of any effort to make Warren the consensus pick of the left. Sanders’ campaign leadership believes that her assertion that Sanders privately told her a woman couldn’t win, which he denied, hurt him among female voters and amounted to a personal betrayal. Sanders was also deeply disappointed that she didn’t endorse him after she dropped out of the primary, and it even made him question her progressivism, a person close to their talks previously told POLITICO.

"You’re not going to see a lot of groups who endorsed Bernie pushing for [Warren] given how things ended,” said one leader of a group that backed Sanders. The person privately believes “Warren would probably be the person who would win over the most progressives” but said the organization would likely stay mum given the raw feelings.

A former aide to Sanders’ 2020 campaign added, “Elizabeth Warren has a progressive voting record and progressive ideas and has been a progressive leader. But if the goal is to bring disaffected Democrats into the fold, I think the primary and how that played out complicates her ability to do that.”

Many former Warren aides scoff at the finger-pointing and say Sanders’ campaign has itself to blame for his defeat.

Others Sanders supporters recommended people other than Warren to be Biden’s running mate.

Rep. Marc Pocan (D-Wis.), co-chair of the Congressional Progressive Caucus and a top Sanders endorser, talked up his home state senator Tammy Baldwin. At the same time, he disagreed with the notion that Sanders and Warren aren’t on good terms and said their teams have worked together with the CPC on battling the coronavirus.

“I don’t know if we have a particular VP candidate,” he said of progressives generally. “Personally, I’m a huge fan of Tammy Baldwin’s. Wisconsin’s a must-win state. She’s a progressive. She won the state by 11 points.”

Other progressives are advocating for the vice presidential pick to be a woman of color. Groups including Indivisible, She the People, and Latino Victory Project signed a letter in March calling for just that.

Jennifer Epps-Addison, the co-executive director of Center for Popular Democracy, which endorsed Sanders, seconded that call. "We think the VP pick must be a woman of color,” she told POLITICO, adding that “Stacey Abrams is qualified beyond measure.”

But she then subtly acknowledged the lack of a consensus choice: “In terms of who that is, you know, it’s really hard to kind of, um, to point some out because there are leaders out there, but, you know, I don’t think we have a shortage of them. That’s for sure.”