Progressives prepare to put the squeeze on Joe Biden 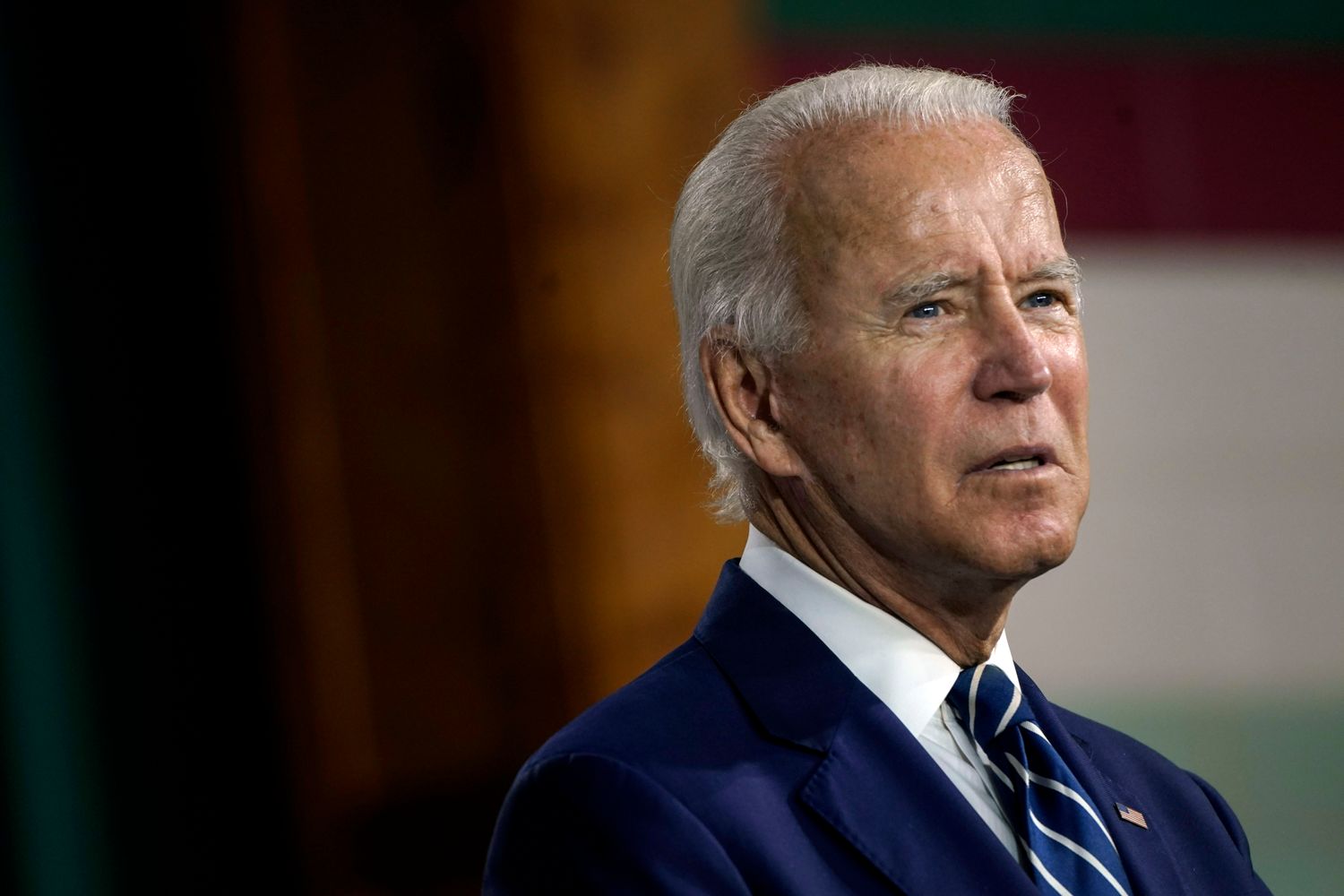 The Democratic Party’s left flank is firmly united with moderate Democrats behind the goal of ousting Trump, with former Bernie Sanders aides and allies creating super PACs and promising to spend millions to elect Biden in a way they never did for Clinton. But progressives, who are emboldened after successfully ousting several entrenched Democrats in recent primaries, are also clear: Unlike with Obama, there will be no honeymoon for Biden.

If they follow through, Biden’s ability to cut deals with Republicans — a central pledge of his campaign — would be hemmed in from day one.

With no national strategy for Covid-19 testing, several governors are joining forces to create their own. We give an inside look at the coalition — and how it hopes to beat the clock on testing resources.

Signs are everywhere that progressives are unbowed. Former staffers to Charles Booker, who came close to defeating establishment pick Amy McGrath in Kentucky’s Senate primary this year, are making plans to create a group to help put progressives in the chamber. Top “Medicare for All” activists are in talks about forming a PAC to put single-payer advocates in office and fight the policy’s enemies. A Freedom Caucus for the left is being discussed. And even before they’ve defeated Trump, progressives are warning Biden that he — or his running mate Sen. Kamala Harris (D-Calif.) — might be challenged in the 2024 primary if they’re not sufficiently progressive.

“Our movement is ascendant,” said Joseph Geevarghese, executive director of the Sanders-founded group Our Revolution. “The risk that Biden or Harris faces is a challenge from the left in 2024 if they govern as Third Way-ers or do Clinton-esue triangulation.”

While progressive members of Congress are not yet willing to threaten their party’s 2024 ticket with an electoral challenge the way activists are, they are already alerting Biden that they will challenge him legislatively. Two of their top priorities are a massive green jobs plan and a health care proposal that makes Biden’s public option as robust as possible.

Mondaire Jones, the Sanders-endorsed Democrat who won the primary this year in New York’s 17th Congressional District and is expected to carry the general election, was more blunt: “In Congress, progressives must act as a voting bloc. We should be withholding our support for legislation that” they consider too watered down.

Even if Biden wins and Democrats take back the Senate, however, progressives will face serious hurdles: To pass major legislation, Biden will need the votes of conservative and moderate Democrats such as Sens. Joe Manchin of West Virginia and Kyrsten Sinema of Arizona. And while Biden may be eyeing an FDR-like presidency, he is also still a longtime deficit hawk who opposes left-wing priorities such as Medicare for All.

Cori Bush, a Black Lives Matter activist who just unseated Rep. Lacy Clay of Missouri in a Democratic primary, has talked about creating a Social Justice Caucus. With the so-called Squad poised to grow after the victory of Bush and Jamaal Bowman, who toppled longtime Rep. Eliot Engel in New York, some progressives are strategizing about forming a Freedom Caucus for the left. Many are frustrated with the Congressional Progressive Caucus for, in their view, not wielding enough power or taking bolder stands — and they think a smaller but more disciplined group could be more effective.

“If the Squad doubles in size this year, which seems very well like it could happen, that’s a pretty remarkable transformation,” said Karthik Ganapathy, a Democratic strategist who worked on Sanders’ 2016 campaign. “And if we do that for another couple of cycles, suddenly the left has its own version of the Freedom Caucus. And on the right, that was enough to change how politics worked in Congress.”

Ganapathy pointed to the fight over the Keystone oil pipeline as a place where progressives spent a ton of resources with almost no payoff under Obama. The left has to find smarter ways to achieve its goals, he said.

“It’s honestly less about being a thorn in their side and more just about being really strategic and tactical,” Ganapathy said. “I feel like a lot of what the progressive left did in the Obama years was sort of just waving our arms around, trying to get the Obama administration to pay attention to different things and to take progressive activists seriously.”

One of the biggest challenges facing the left is itself. The movement has a reputation of being young, white and college-educated — while attempting a takeover of a party with a base of older Black people who tend to support more moderate candidates. Its leader, a 78-year-old white senator from Vermont, for years has faced criticism for not talking sufficiently about race.

Some Democrats say the left has to fix its own race problem before it can find the kind of success it wants.

“Before we can continue to make inroads, there does need to be a reckoning around race within the progressive movement,” said Alencia Johnson, a former aide to Massachusetts Sen. Elizabeth Warren’s presidential campaign.

The relative success of Sanders’ presidential campaigns masked problems within the movement, she added.

“Some college-educated, white, progressives feel a comfort in Bernie Sanders, because they can operate in the way that he has and still be successful in their progressivism without having to really do that internal soul searching” on race, she added. People need to look inward and ask whether “I could be holding systemic racism or I also have implicit biases as well, even though I do believe in this broader framework of justice.”

Ritchie Torres, the New York City council member who is poised to be the first Afro-Latino openly gay member of Congress next year, said he’s wary of a potential hostile takeover of the Democratic Party by what he called “the new left.”

“I agree with Bernie Sanders when he says that we should have a comprehensive social safety net like the rest of the industrialized world, universal education, health care, and all the rest. Those public goods would benefit the South Bronx,” Torres said. “On the other hand, I often feel like the new left, the Democratic Socialists of America is disproportionately white and does seek to replace the traditional voting base of the Democratic Party, which is African American. And I would have a problem with that.”

Several Democrats told POLITICO that the progressive movement needs to continue diversifying its pool of candidates in order to achieve real change, pointing to high-profile wins by the likes of Rep. Alexandria Ocasio-Cortez (D-N.Y.), Bowman, Jones and Bush.

Just as the 2016 election gave birth to insurgent progressive groups such as Justice Democrats, which recruited Ocasio-Cortez to run for Congress, a crop of new groups are poised to form after this election.

“There are a lot of people even outside the labor movement who understand the tremendous value of investing in labor organizing,” said Sara Nelson, president of the Association of Flight Attendants union.

Progressives aren’t just setting their sights on more House seats. The near-success of Booker, a Kentucky state legislator who almost edged out a well-funded moderate in the Democratic Senate primary, was bolstered by progressive groups such as the Sunrise Movement. Ex-aides to Booker and other left-wing insurgents are in the early stages of creating an organization focused on primarying Democratic senators.

“Nobody’s taken out a Democratic Senate incumbent yet,” said one aide who is a part of the plans. “If we can have the sort of AOC effect in the Senate in a really strategic way, it can really shift the politics of the Democratic Party.”

In a video released last week, Massachusetts Sen. Ed Markey, a progressive and a Green New Deal co-sponsor, promised to help lead a push to the left in the Senate if he fends off a primary challenge by Rep. Joe Kennedy. “We’ve got to absolutely crush Trump in November, but if we’re going to end this era of chaos, that won’t be enough. We gotta make sure President Biden signs the Green New Deal,” Markey said in the spot.

Evan Weber, co-founder of the Sunrise Movement, said progressives have come to realize that they need to focus more on winning elections, not just ideological battles. His group produced Markey’s latest primary ad. “If we’re not winning elections, there’s something that we’re doing wrong,” he said.

Progressive organizers said the shift toward elections has been gradual because of the nature of the left’s recent rise — from the grassroots, and typically on a shoestring budget. Since 2016, the movement has added more professional fundraising and organizing to its repertoire, without completely adopting the ways of Washington it sees as corrupt.

Cooper Teboe, a progressive strategist based in Silicon Valley working on Khanna’s reelection campaign, advises big-money donors on political contributions and works for a super PAC supporting Biden. Teboe said the left has found itself creating a way forward that is in line with its values and the roots of the movement.

“We’re seeing these organizations [become more sophisticated], become more like businesses in terms of running like well-oiled machines,” Teboe said. “And I think that marriage of a grassroots approach with the sophistication of well-run campaigns will lead us to our first progressive president and our first very left senators.”