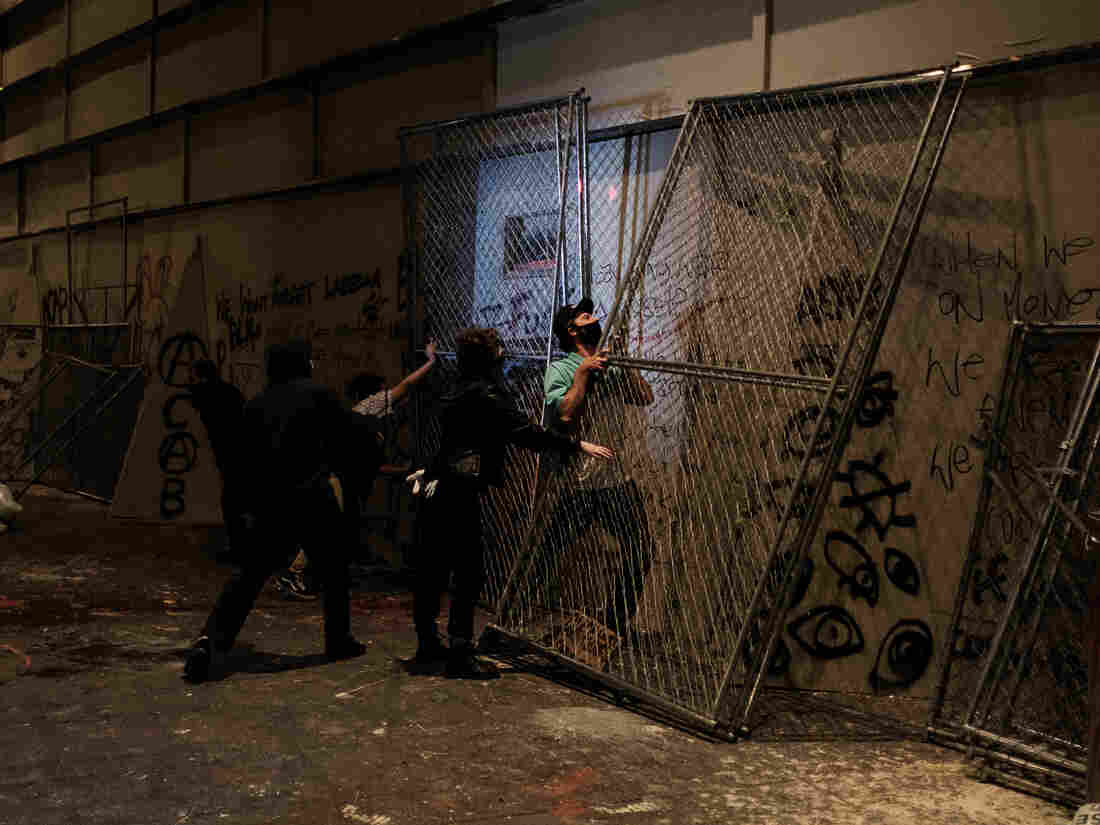 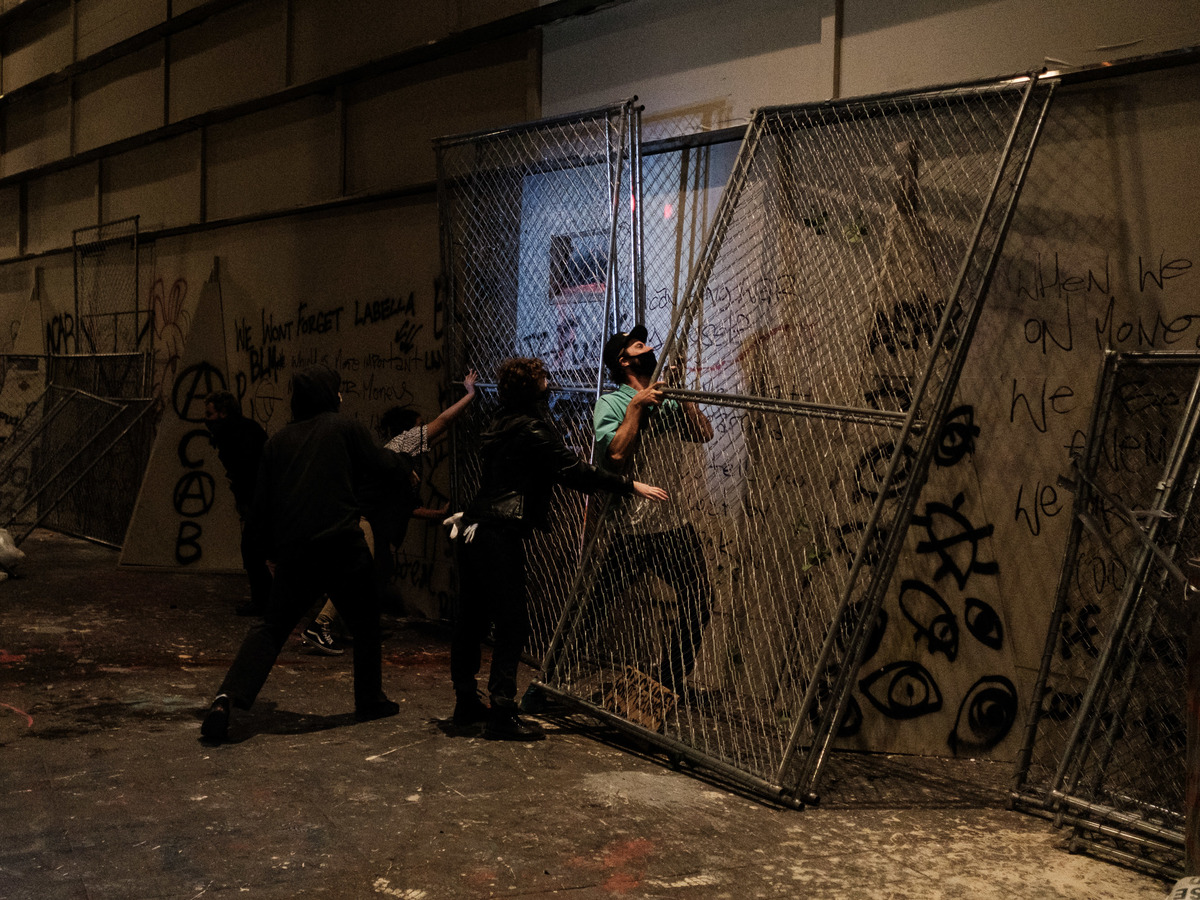 Protesters attempt to barricade the entrance to the U.S. District Court building on July 17 in Portland, Oregon.

A large gathering of protesters turned out in Portland, Ore., on Saturday for a 52nd straight night of demonstrations against police violence and racism.

Many of the protesters gathered at the Multnomah County Justice Center and the Mark O. Hatfield U.S. Courthouse downtown. Earlier in the day, a fence was erected around the federal courthouse. By 9:45 p.m., demonstrators began dismantling the fence and chanting slogans.

Federal officers have become an increased focus of protesters and Oregon lawmakers, as reports continue to surface of tactics they’ve used in attempts to quell protests.

Just before 11 p.m., federal officers emerged from the courthouse to drive demonstrators away from the building. They deployed tear gas and other less-than-lethal munitions. Some officers hit demonstrators with batons. After the dispersal effort, officers returned to the building.

Some demonstrators then began to stack dismantled fencing against the doors and sides of the courthouse.

Meanwhile in North Portland, a second large group of demonstrators gathered and chanted outside the Portland Police Association building. Protesters briefly broke into the building and set fire to the headquarters of Portland’s police union around 11 p.m., according to reports from police. Portland police said on Twitter that the fire was extinguished shortly after it started.

City officers there rushed the crowd at one point, driving them from the area.

“Officers were able to put out the fire inside the PPA office and have restored order in the neighborhood there,” police said.

By midnight, demonstrators had regrouped near the Justice Center and listened to speeches about racial justice.

Some carried signs that read, “Black Lives Matter.” Others chanted, “Out of your houses and into the streets.”

“Do not let our people get taken out here. This is dangerous. I don’t know why they haven’t come out yet,” said demonstrator Teal Lindseth, referring to federal officers. “Normally they would have. And it’s because there’s a big a** group out here.”