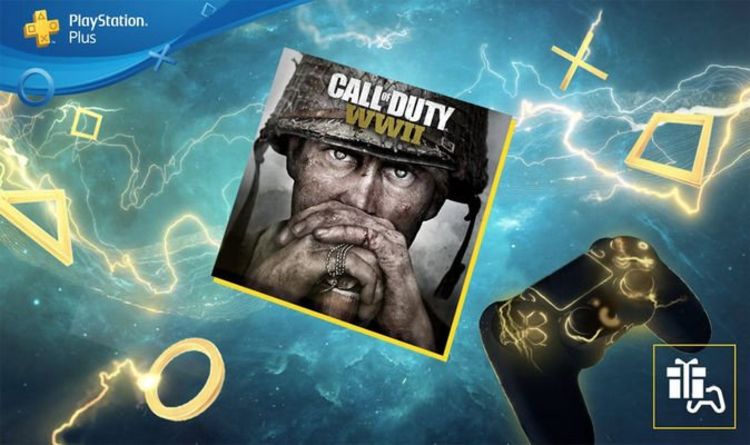 Call of Duty WW2 has been announced as a PlayStation Plus free PS4 game for June 2020.

The shock announcement was made by Sony on Memorial Day, alongside the news that the game will join the service early.

Instead of joining PS Plus as a free download on June 2, Call of Duty WW2 has been given a surprise May 26 release date.

If it’s anything like traditional PS Plus releases, then expect the game to be available from around midday on May 26.

The second free PS4 game download will be available to subscribers on June 2.

With the addition of Call of Duty WW2, the June 2020 PlayStation Plus line-up is already shaping up to be a big improvement on the current batch of free games.

“Call of Duty returns to its roots with Call of Duty: WWII – a breathtaking experience that redefines World War II for a new gaming generation,” reads the official description.

“Experience classic Call of Duty combat, the bonds of camaraderie and the unforgiving nature of war against a global power throwing the world into tyranny.

And now is the perfect time to join PS Plus or renew your subscription, as Sony launches the Days of Play sale.

As part of the Days of Play event, PS4 owners can grab a 12 month PlayStation Plus subscription for just £34.99.

Annual PS Plus download codes are available at the reduced price from the likes of GAME, Amazon and Currys.

Sadly, the PS Plus discounts aren’t available on the PSN Store until June 3.

Join PS Plus today and you’ll be able to download the May and June free PS4 games.

The May 2020 line-up includes Cities Skylines and Farming Simulator 19.

Scoring a respectable 81% on Metacritic, it’s undoubtedly the pick of the month, even if it wasn’t particularly well received by subscribers.

Then there’s Farming Simulator 19, which gives players the opportunity to manage their own plot of land.

The game hasn’t fared to well on Metacritic, but it is something of a cult hit among gaming fans.

ByWhen Nightdive Studios announced it was working on a remaster of the beloved 1997 point-and-click adventure Blade Runner, it said the game would come...
Read more
Gaming

ByThe good news for fans is that there are plenty of important fixes being deployed today by Sucker Punch to improve the Ghost of...
Read more
Gaming

ByBut there's a Remedy.Control Ultimate Edition publisher 505 Games has clarified how you can carry over your progress from the original version of Control on...
Read more
Gaming

Byjames_peskett@tracker.gg (James Peskett) This new bundle doesn’t come cheap, but you definitely get good bang for your buck. Epic have certainly been ramping up their cosmetics...
Read more
Gaming

ByOne of the greatest strengths of Xbox Series S and X is its backwards compatibility. Revisiting old classics, from the original 2001 Xbox, 360...
Read more