PS Plus vs Games with Gold August 2020: Is PlayStation dominance becoming embarrassing? 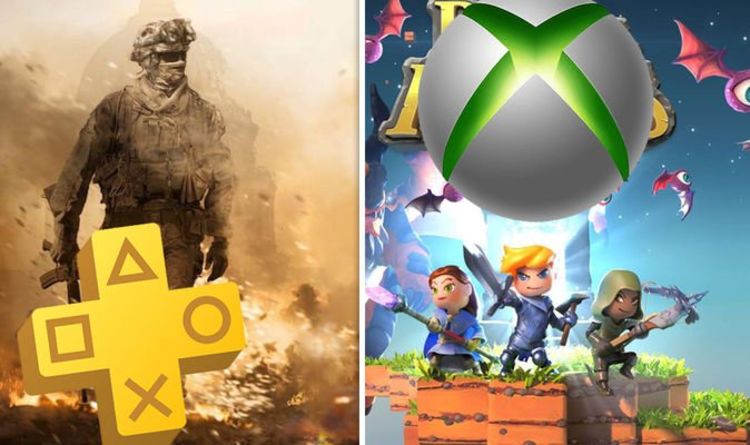 The August 2020 free PS Plus and Games with Gold releases have arrived on PS4, Xbox One and Xbox 360.

From August 1, Xbox Gold subscribers can download Portal Knight on Xbox One, and MX Unleashed on Xbox 360.

This will be followed by Override: Mech City Brawl and Red Faction II on August 16.

Now that the August 2020 free games have been announced for Xbox One and PS4, it’s time to pit them against each other in our regular monthly battle.

PlayStation Plus has dominated proceedings in 2020, earning victory after victory with strong line-ups that have included Uncharted 4, Rise of the Tomb Raider, Call of Duty WW2 and Star Wars Battlefront 2.

Microsoft, on the other hand, seems to be placing more stock in its Xbox Game Pass service, which has led to a series on inferior releases on Games with Gold.

Will the trend continue for August 2020? Is PlayStation dominance becoming an embarrassment for Xbox? Read on to find out.

On paper, things are most certainly looking good for PlayStation Plus and PS4 owners.

“Survive a series of hilarious challenges until one victor remains in this colorful 60-person online multiplayer party game!” reads the official description.

“Test your mettle in brutal free-for-alls or co-op challenges where only the winning team advances to the next round.

“Bend, bounce and bash your way through hilarious physics-based obstacles, from smashing through doors, to balancing on massive see-saws, to racing up mountains riddled with traps. Add a touch of style to your Fall Guy by customizing them with everything from classy pineapple couture to flattering prehistoric fashion.”

Modern Warfare 2, meanwhile, is largely considered to be the best game in the Call of Duty franchise.

“Following immediately on from the dramatic events of Call of Duty 4 Modern Warfare, Call of Duty Modern Warfare 2 Campaign Remastered immerses you in a gripping, action-driven adventure in which you must face off against a deadly new threat hellbent on bringing the world to the brink of collapse,” reads a Sony post.

“The single-player campaign has been fully remastered with improved textures, animations, physically based rendering, high-dynamic range lighting and much more.”

The Games with Gold offerings are solid but unspectacular multiplayer releases with respectable review scores.

“Prove yourself a Portal Knight by levelling up your character, crafting epic weapons, and vanquishing foes in real-time in this cooperative, 3D sandbox action RPG,” reads the Portal Knight description.

“Explore dozens of randomly-generated islands! Build almost anything! In a world torn apart by the Fracture and terrorized by the Hollow King, you and your friends are its only hope!”

“Pilot a diverse roster of epic, skyscraper-sized mechs, each with their own play style, special moves, and finishers,” Microsoft explains. “Tower over your opponents and lay waste to entire cities underfoot. Destroy 3D arenas modeled after actual cities and countries, including Tokyo, Egypt, San Francisco, and Mexico.

“Challenge other players, gathering two to four friends to engage in dynamic co-op where each player is responsible for one part of a towering mech! Customize your mechs in the Garage, changing their accessories and skins to create your own unique style!”