PS Plus vs Games with Gold July 2020 showdown: NEW PS4, Xbox battle closer than you think 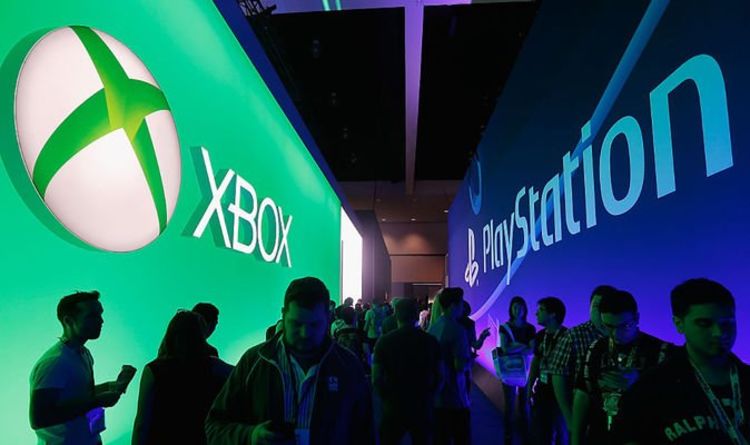 The PS Plus and Games with Gold free games have been revealed for July 2020.

The first wave of Xbox One free games are available to download now, while the PlayStation Plus free games launch on July 7.

PS Plus subscribers will be able to download and play NBA 2K20 and Rise of the Tomb Raider for PS4.

The high-profile blockbusters will also be joined by Erica as a special ten-year anniversary bonus.

Xbox Gold subscribers, meanwhile, can pick up WRC 8 FIA World Rally Championship on Xbox One, and Saints Row 2 on Xbox 360.

This will be followed by Xbox One game Dunk Lords on July 16, and Xbox 360 release JuJu on the same day.

Now that the July 2020 free games have been announced for Xbox One and PS4, it’s time to pit the games against each other in a battle to the death… or, you know, for a bit of fun.

Who’s getting the better deal in July 2020? The battle may be closer than you think…

First up let’s talk PS4, which is headlined by NBA 2K20 and Rise of the Tomb Raider.

“NBA 2K has evolved into much more than a basketball simulation,” reads the PlayStation Blog description.

“With its immersive open-world Neighborhood, NBA 2K20 is a platform for gamers and ballers to come together and create what’s next in basketball culture.

Rise of the Tomb Raider, meanwhile, shifts the action to Siberia, where Lara Croft uncovers a lost city and ancient mystery.

“Featuring epic, high-octane action moments set in the most beautifully hostile environments on earth, Rise of the Tomb Raider delivers a cinematic survival action adventure where you will join Lara Croft on her first tomb raiding expedition.

Over on the Xbox One side of things, WRC 8 FIA World Rally Championship is a rally driving sim featuring over 100 stages.

“Play the most complete and authentic WRC simulation yet,” reads the official description.

“Featuring a dynamic weather system with true-to-life physics, preparation and management before each stage are vital as you compete in the sun, rain, and snow. With 50 teams, 14 rallies, and over 100 stages, WRC 8 has the deepest content ever available in an off-road racing title.”

Xbox Gold subscribers can also grab Dunk Lords, which is clearly inspired by the likes of NBA Jam.

“You can ball… but can you fight?” reads the Dunk Lords description. “Find out in this fantastic two-on-two basketball beat ‘em up.

“Choose from 20 of the baddest ballers around, each with special attacks and insane abilities, and battle it out on 15 unique courts. Play powered-up pickup games with four friends or guide your young star, Slice, to the very top in Story Mode. Make sure not to miss out on this new-to-Xbox title!”