PS Plus vs Xbox Games with Gold January 2020: Nathan Drake takes on Batman in new battle 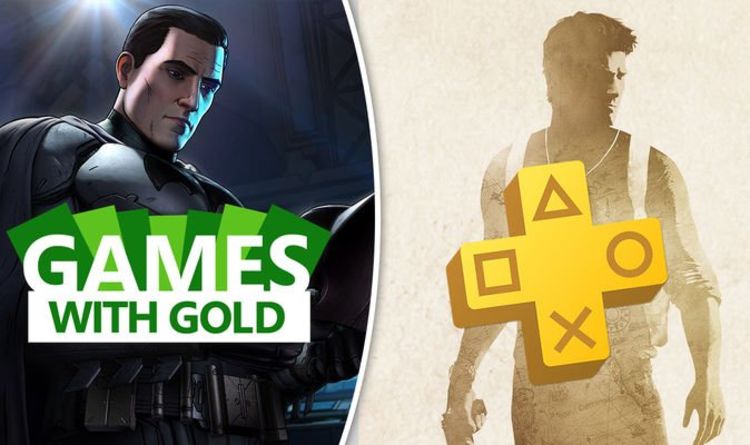 With the PlayStation Plus free PS4 games about to go live later this week, plus the January 2020 Xbox One Games with Gold releases already available, it’s time to pit both services against each other in a head-to-head battle.

The PS Plus offerings have been a cut above their Xbox Games with Gold counterparts in recent months, although the December battle was the closest it’s been in a long time.

From January 1, Xbox Live Gold subscribers will be able to download Styx: Shards of Darkness on Xbox One, as well as Tekken 6 on Xbox 360.

This will be followed by Batman: The Telltale Series and LEGO Star Wars 2 (Xbox 360) from January 16.

As for PS Plus, subscribers can download Goat Simulator and Uncharted: The Nathan Drake Collection from January 7.

As you can see from the games listed above, January will be a close battle between PS Plus and Xbox Games with Gold.

JUST IN: Resident Evil 3 Remake could force PS4 and Xbox One owners to make some tough decisions

Uncharted: The Nathan Drake Collection is the pick of the bunch on PS4, earning an impressive 86% on Metacritic.

“From the groundbreaking storytellers at Naughty Dog, comes the genre-defining epic that revolutionised adventure storytelling, rebuilt by Bluepoint Games with the power of the PS4 system,” reads a Sony post.

“Follow the perilous journey of Nathan Drake across the globe, from humble beginnings to extraordinary discoveries. Meet an unforgettable cast of characters as Drake puts life and friendship on the line in a race against ruthless enemies to uncover unimaginable treasure.”

Any collection that contains the excellent Uncharted 2 is up there with the best, and the other two games aren’t too bad either.

Goat Simulator, on the other hand, only has a Metascore of 58%, although it has become something of a cult hit.

Popular with video game streamers, it’s all about creating as much carnage as you can.

The Xbox One offerings are both fairly average, with Styx: Shards of Darkness the more critically acclaimed of the two thanks to its 72% Metascore.

“Hired for a critical mission, explore and master huge open environments as Styx, alone or in coop with a friend.

“Assassinate or sneak past enemies – Humans, Elves and Dwarfs – but also much more fearsome, colossal creatures, and experiment with the new array of lethal abilities and weapons in your goblin assassin’s arsenal.”

Batman: The Telltale Series doesn’t fare quite as well, scoring just 68% on Metacritic.