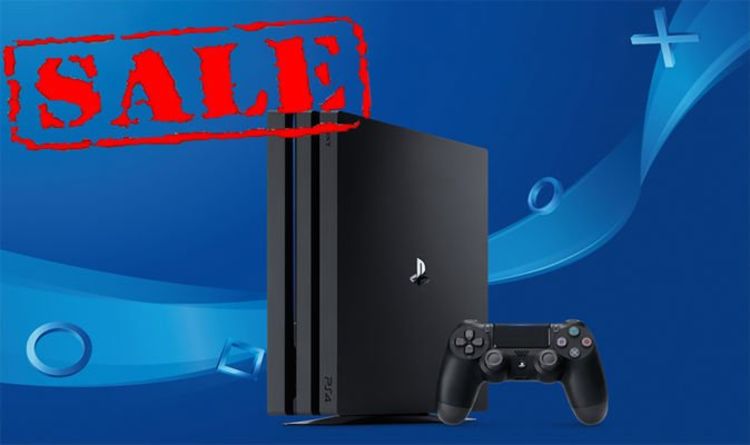 Amazon has slashed the cost of PlayStation and Xbox One consoles (including PS4 Pro and Xbox One X) as part of its Boxing Day sales – and there are some huge discounts to be had for anyone that didn’t get one of the powerful consoles for Christmas.

Aside from the incredible Xbox One X Star Wars: Jedi Fallen Order bundle we pointed out on Christmas eve, there’s up to 25% off of PS4 Pro bundles – and they’re now just £20 more than the standard PS4 console.

The stunning white PlayStation 4 Pro is now just £269.99 with Call of Duty: Modern Warfare – one of the year’s best games. It wasn’t long ago that the Pro console retailed for a whopping £350 on its own, so adding a £40 game and dropping the price means you could argue that you’re saving over £100.

By bringing the price in line with the standard PS4, there’s little reason not to opt for the more powerful console – with the Pro offering 4K visuals for maximum immersion, on top of the massive games library that the standard PS4 offers.

For comparison, the standard PS4 with the same game (and same 1Tb hard drive) is £249.99 – so unless you really haven’t got space for a slightly larger console, the Pro is the clear winner for value.

Prefer a black PS4 Pro console? You can get the fun apocalyptic romp RAGE 2 included with the PS4 Pro and Call of Duty bundle for just £4 extra – bringing the bundle to £273.99.

If you’re not into military shooters or slaying mutants, perhaps Death Stranding could be of interest – you can get the “Game of the Year” nominee with your PS4 Pro console for just £269.99. You can even add Ghost Recon: Breakpoint for £20 more. Don’t forget, we awarded Death Stranding a huge 5-star rating in our review last month – find out why here.

As we mentioned earlier this week, the retailer is offering the Xbox One X with Star Wars: Jedi Fallen Order and RAGE 2 for just £299.99. Considering the console itself is often found for £350 and you’re getting a game we awarded 4 stars out of 5 in Jedi Fallen Order as well, we’d say the Force is strong with this deal.

You can also get the Xbox One X console with Forza Horizon 4 (and Lego Speed Champions add-on) and RAGE 2 for £289.99. If you’re into cars, driving, racing or all of the above, then you really should try Forza Horizon 4.

We awarded it a huge five-star review last year at launch, and the game has only gotten better since – adding the included Lego Speed Champions add-on that allows you to race blocky cars through Lego towns and tracks.