Psychological disorders and family squabbles: 9 details from the book by Donald Trump’s niece 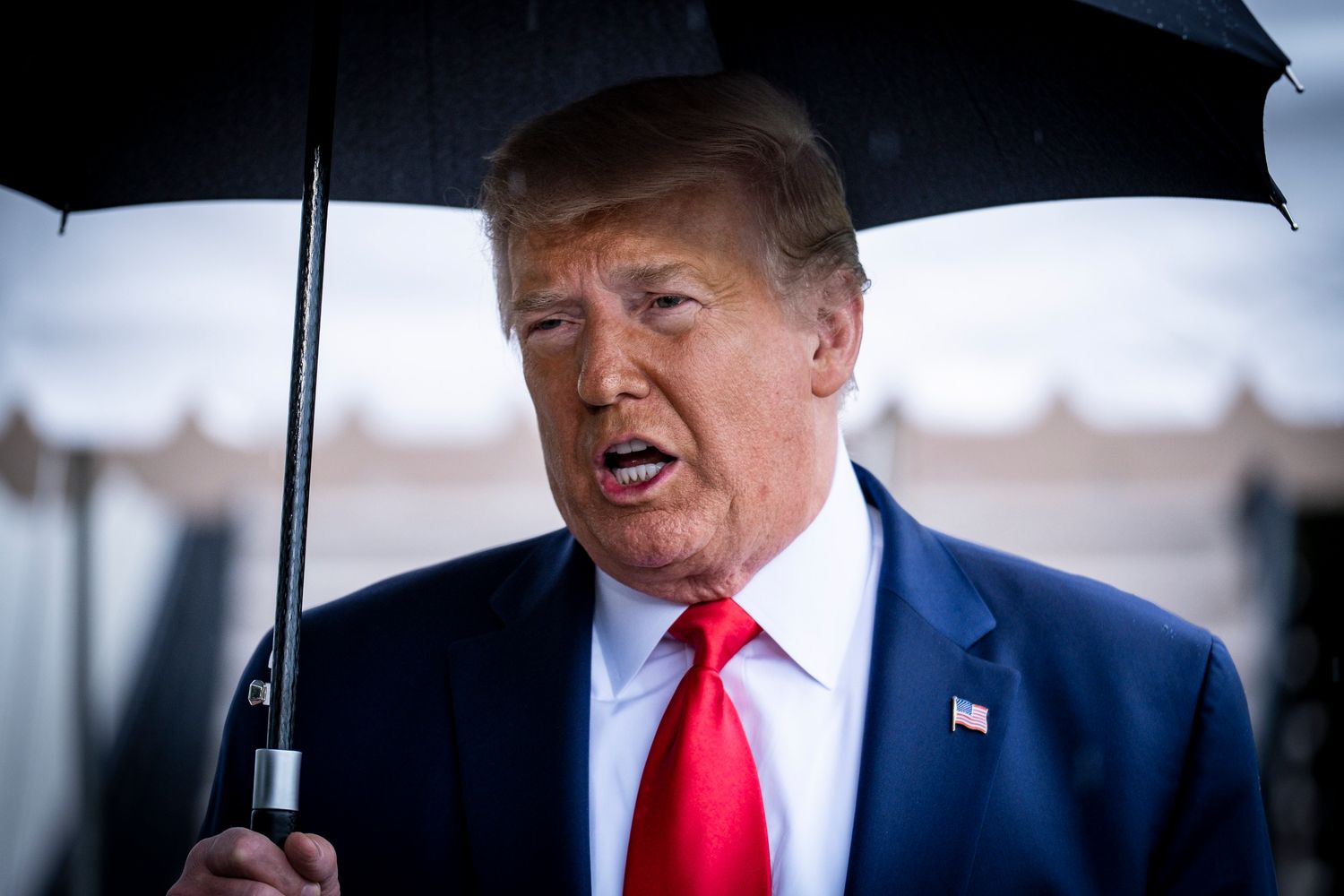 White House press secretary Kayleigh McEnany told reporters on Tuesday that the book is full of “falsehoods and that’s about it.”

Sarah Matthews, another White House spokesperson, said: “Mary Trump and her book‘s publisher may claim to be acting in the public interest, but this book is clearly in the author’s own financial self-interest. President Trump has been in office for over three years working on behalf of the American people — why speak out now?“

A copy of the book was shared with POLITICO. Here are some of its most revelatory and incendiary allegations:

1. Trump cheated on the SAT

Mary Trump, the daughter of the president’s deceased older brother Fred Trump Jr., accuses the president of paying a friend to take the SAT for him when he was applying to college as a teenager.

“That was much easier to pull off in the days before photo IDs and computerized records. Donald, who never lacked for funds, paid his buddy well,” Mary Trump writes in the book. Donald Trump’s sister, Maryanne Trump Barry, also often did his homework for him during high school, the author alleges, which helped get him into the University of Pennsylvania. Matthews, the White House spokesperson, called the SAT allegation “absurd“ and “completely false.“

2. Trump’s sister called him a “clown” after he announced his presidential campaign

At a lunch with the author after Donald Trump announced in 2015 that he would run for president, Trump Barry said her brother had “no principles. None!” and that “the only time Donald went to church was when the cameras were there. It’s mind-boggling.”

“He’s using your father’s memory for political purposes, and that’s a sin, especially since Freddy should have been the star of the family,” the author recalls her aunt saying.

3. Trump said he “barely even knew” his daughter-in-law

At a family dinner at the White House in 2017, Donald Trump said he didn’t know his daughter-in-law Lara Trump well, even though she had been with the president’s son Eric Trump for almost eight years.

“Lara, there. I barely even knew who the fuck she was, honestly, but then she gave a great speech during the campaign in Georgia supporting me,” the president said, according to the book.

Besides believing that her uncle fits the nine criteria of clinical narcissism, Mary Trump believes he also may suffer from antisocial personality disorder, dependent personality disorder and a “long undiagnosed learning disability that for decades has interfered with his ability to process information.”

She also thinks he may suffer from a caffeine-induced sleep disorder, a result of the several Diet Cokes he reportedly drinks on a daily basis. Asked about the narcissism claim, McEnany said on Tuesday: “It’s ridiculous. Absurd allegations that have absolute no bearing in truth.”

5. Trump’s sister also told him to “leave his Twitter at home” before meeting Kim Jong Un

Trump Barry, the retired federal judge, called the White House in June 2018 to warn her brother about his dealings with North Korean dictator Kim Jong Un before he met with him. Her message to the president’s secretary: “Tell him his older sister called with a little sisterly advice. Prepare. Learn from those who know what they are doing. Stay away from Dennis Rodman. And leave his Twitter at home.”

6. Trump’s personality is the product of his relationship with his mother

The author suggests that Donald Trump’s personality is shaped by the weak relationship she says he had as a child with his mother, also named Mary Trump. Because of that, the president’s niece suggests Donald Trump turned as a child to his father, who was not a warm parent.

“Donald suffered deprivations that would scar him for life” and developed personality traits such as “displays of narcissism, bullying [and] grandiosity” as a result, the author writes. Matthews, the White House spokesperson, said in a statement: “The President describes the relationship he had with his father as warm and said his father was very good to him. He said his father was loving and not at all hard on him as a child.“

Both Fred Trump Sr. and Donald Trump were sued by the U.S. government in the early 1970s for allegedly discriminating against African Americans.

8. Trump’s history of crude remarks about women’s physical appearance extends to his family

When writing a sequel to the bestselling “Art of the Deal,” Trump recorded himself complaining about women who didn’t want to date him.

“It was an aggrieved compendium of women he had expected to date but who, having refused him, were suddenly the worst, ugliest, and fattest slobs he’d ever met,” Mary Trump, who helped on her uncle’s book, writes in “Too Much and Never Enough.”

At another point in their interactions, Trump even made a crass comment about Mary Trump’s breasts after seeing her in a bathing suit. “Holy shit, Mary. You’re stacked,” the president allegedly said. His then-wife, Marla Maples, slapped him lightly on the arm. Mary describes her face reddening after her uncle’s comment.

9. Trump went to the movies instead of the hospital when his older brother died

On the day the president’s brother Fred Trump Jr. was dying in the hospital in 1981, Trump and his sister Elizabeth went to the movies, Mary Trump writes in her book. No one from the family accompanied Fred Trump Jr. to the hospital.