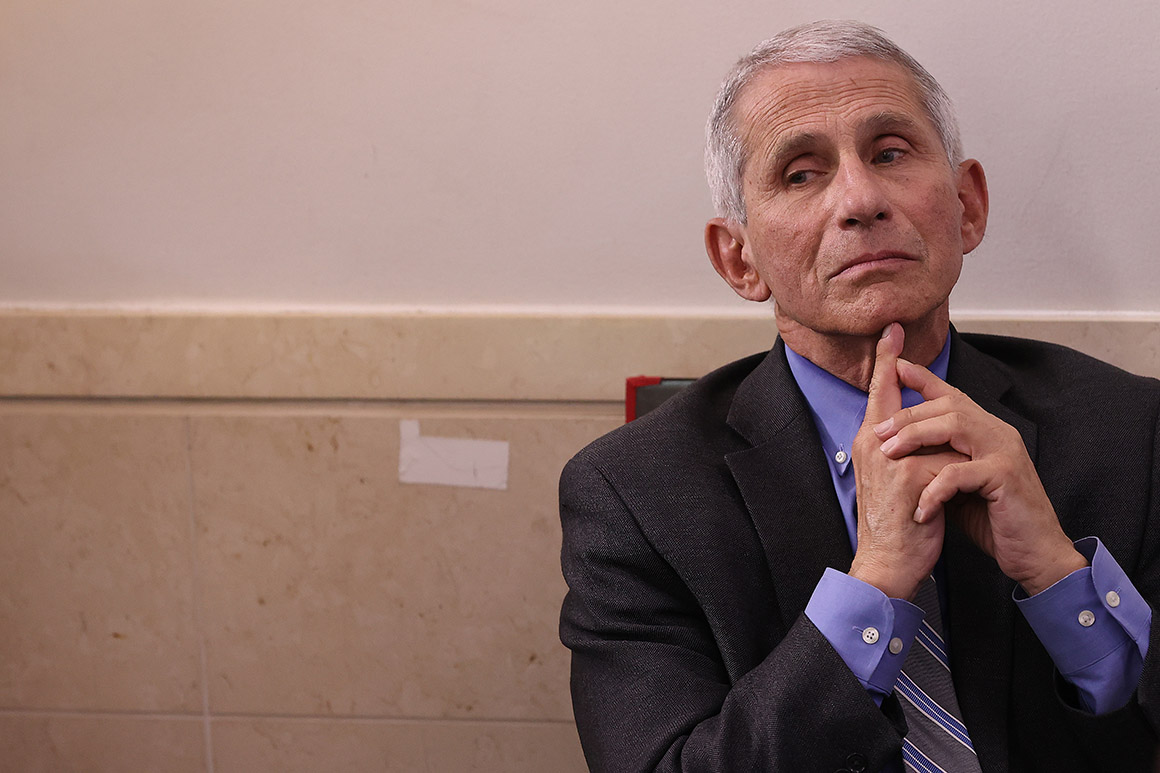 The Covid-19 pandemic has put scientists in a difficult position. Little-known epidemiologists and virologists are now in front of the cameras telling people to stay at home and keep businesses closed, while the politicians throw their hands up and say they’re just following the science.

That’s made the scientists a target.

German public health expert Christian Drosten has received hate mail. The U.K. government said it won’t release the names of the experts on its Scientific Advisory Group for Emergencies (SAGE) for the scientists’ own safety.

Angry Americans chanted “Fire Fauci” as they protested social-distancing restrictions around the U.S. over the weekend, alongside vaccine-skeptics and the prominent conspiracy theorist Alex Jones. In Italy, Ricciardi found himself in a Twitter-fueled war with Salvini after cautioning against reopening the northern region of Lombardy — and tweeting critical comments of U.S. President Donald Trump.

“He argues with his fellow doctors and with governors, he publicly insults the American president, he said that face masks don’t help with anything” Salvini tweeted Sunday. He urged the government to drop Ricciardi from his role as an adviser. “He doesn’t get one [thing] right regarding the virus and now he’s also insulting Trump!” Salvini added.

This populist anger — fueled by high-level politicians — is increasingly mixing with conspiracy theories about the origins of the virus and anti-vax paranoia. It’s “a recipe for disaster,” said Sander van der Linden, a social psychologist at the University of Cambridge.

“The moment people stop trusting public health experts on what to do, it could be the Wild West in terms of what information people are going to cling on to,” said van der Linden.

A great deal of the anger toward public health experts is mixed with some of the conspiracy theories making the rounds, such as claims that the World Health Organization created the virus so it could push vaccines. Anti-vaxxers have also gone after billionaire philanthropist Bill Gates with similar accusations using the hashtags #BillGatesIsNotOurFriend #BillKills and #BillGatesisEvil.

Populist politicians, often linked with anti-science and anti-vaxxer views, are peddling the theories — adding to the headaches for public health experts.

“One very common technique by people who are trying to oppose inconvenient science is to accuse scientists of being political,” said Stephan Lewandowsky, a cognitive psychology professor at the University of Bristol. He himself faced a similar situation nearly a decade ago when climate change-deniers sent him death threats.

“Scientists like myself, epidemiologists and climate scientists, we’re always in this dilemma that we have something to say, and some people will find that political,” he said.

It’s made all the worse by today’s politicians. “The essence of populism is that emotion trumps facts,” Lewandowsky said. “… Leaders, such as Donald Trump or Salvini in Italy — their gut instincts and intuitions are supposed to trump evidence and science, facts and all this other boring stuff.”

However, the criticisms aren’t only coming from the extremes. In the U.K., for example, scientific counselors have come under fire for being too aligned with the government.

“When you see supposedly independent medical advisors to government tell what are manifest untruths to shore up a political regime whose credibility is rapidly collapsing, you have to say that those advisors have lost their integrity and our trust,” said Lancet editor Richard Horton Sunday night after the daily live press conference at which the U.K.’s deputy chief medical officer, Jenny Harries, stood alongside Education Secretary Gavin Williamson.

On Monday, Fauci responded to the calls for him to be fired, saying he understands people’s frustrations.

Ricciardi has been here before. He said last year he was stepping down as head of Italy’s National Institute of Health in protest of an “antiscientific” approach in the government, citing Salvini’s anti-vaccine views.

This time around, Ricciardi seems to have drawn populist ire for several different statements. He’s advised against lifting lockdowns too quickly, to the apparent frustration of those who want to get the economy moving again. But his critiques of Trump have also ignited a firestorm.

“Elections have consequences,” he tweeted last week. “When the people vote populist and sovereign adventurers, they then make decisions that have consequences, in this case cuts to health innovation research.”

Both statements — about lockdowns and populism’s dismissal of science — are rooted in scientific evidence, Ricciardi argued in the interview Monday, adding that as a public health expert he’s obligated to speak out. “This is part of my job.”

Ricciardi acknowledged he’s still trying to find the right balance. On Sunday, he retweeted (and then deleted) a video of people beating up an effigy of Trump, adding the word “Beloved.” He said he was just trying to make a point about public frustration with the pandemic response, but conceded it had been a “mistake.”

Yet he stood by the other tweet, which is still attracting vitriol. “When the people notice what you have done to them, you will all be called to answer in Nuremberg,” one person responded Monday.

Drosten, a prominent virologist at Berlin’s Charité hospitals and host of a popular podcast about the pandemic, has been living up to his pledge a few weeks ago to lower his public profile after receiving hate mail.

“There are newspapers that now paint caricatures of scientists not with words but with pictures. I see myself as a cartoon character and it makes me sick,” he said.

Ricciardi, likewise, said he’s been “overexposed” in recent weeks and is “substantially reducing my public appearances to the ones that are really needed.”

Van der Linden, the Cambridge psychologist, said it’s difficult for scientists to navigate in this terrain. “The moment that science becomes politicized … to use it for whatever agenda they want to push for, then it becomes very difficult to have an evidence-based conversation,” he said.