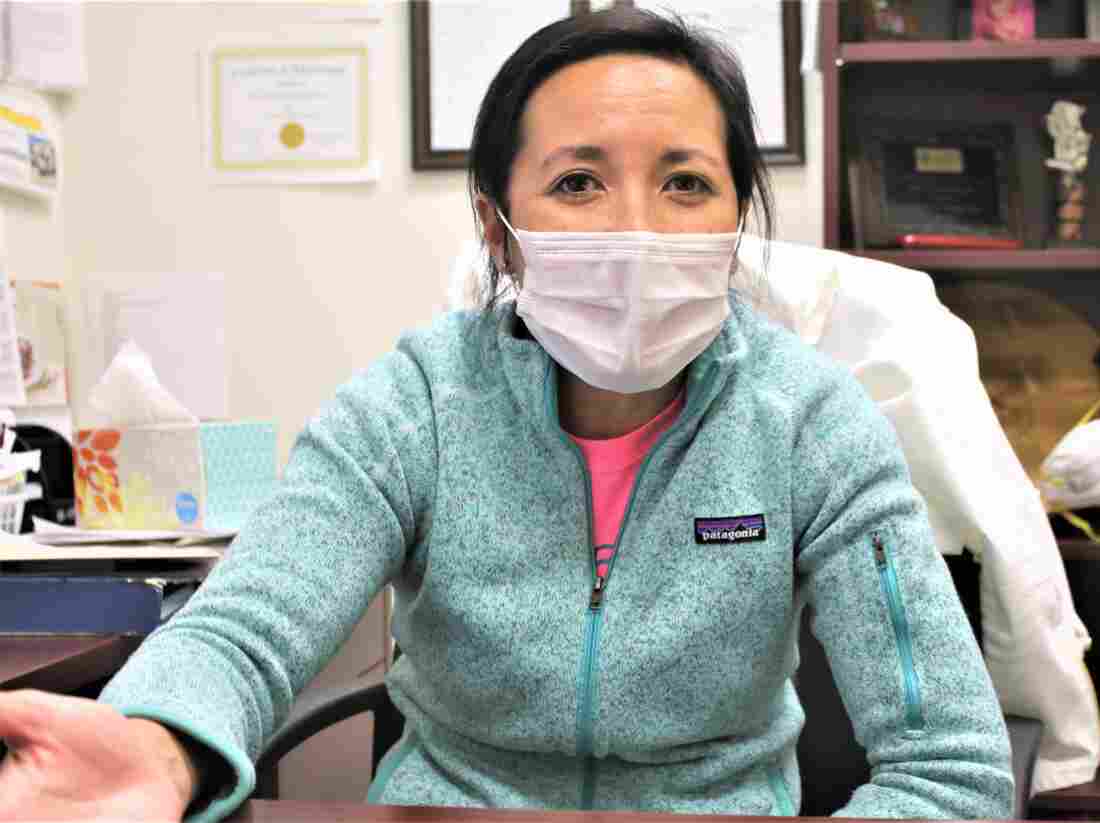 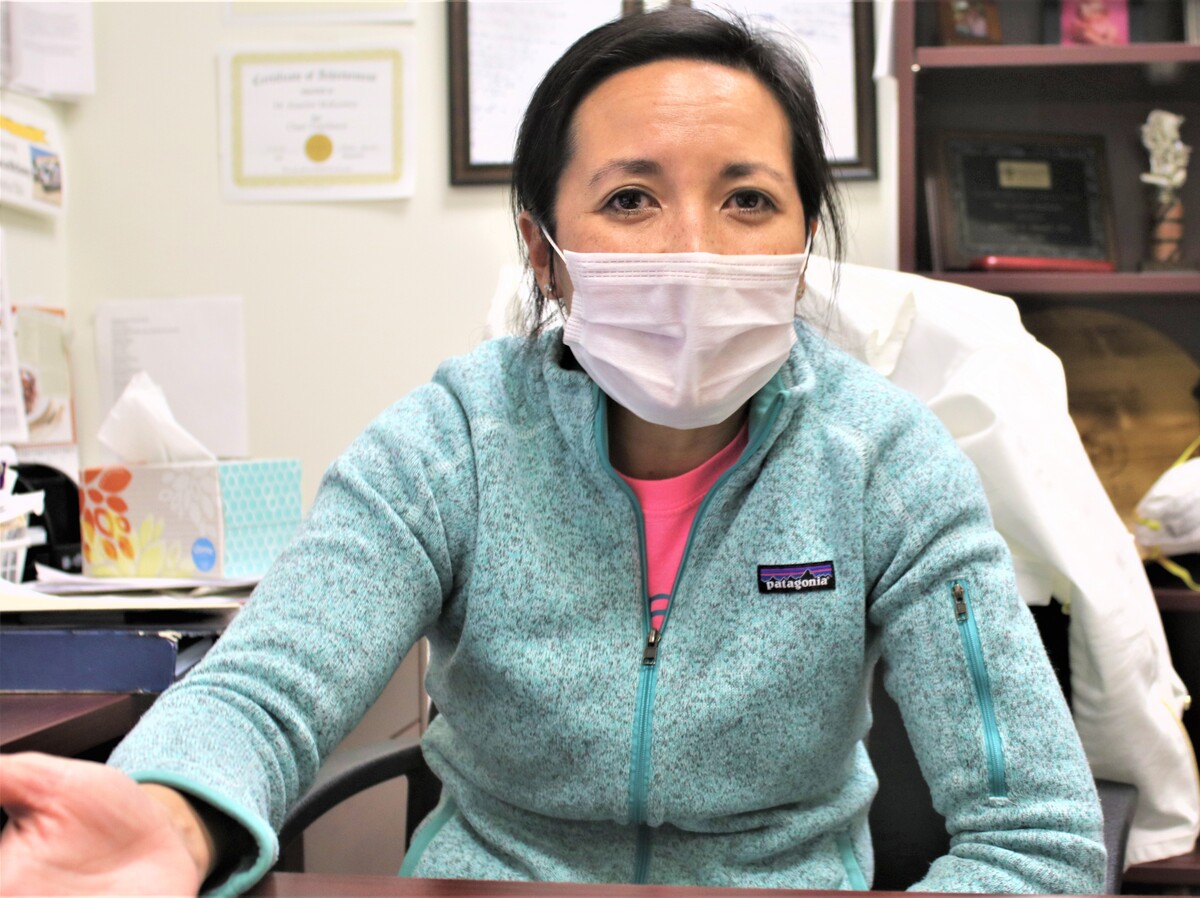 Dr. Jennifer Bacani McKenney, the health officer in rural Wilson County, Kan., has received threatening emails and was the target of personal attacks on social media.

In July, Nick Baldetti resigned as director of the Reno County Health Department in Kansas.

But it wasn’t the 80-hour workweeks that drove him to quit, it was the hostile political environment and threats to Baldetti’s family.

“I had the local police watching my house because my family was home and I was not,” said Baldetti, who also served as the department’s health officer. “There was a period of time that I had escorts to and from work.”

Baldetti spent years preparing to deal with a public health crisis like the COVID-19 pandemic. He never imagined that when the moment arrived he would encounter such antagonism for simply doing his job.

Baldetti’s story isn’t unique. The pressure of dealing with the pandemic and the politics surrounding it has triggered an exodus of public health workers in Kansas.

In the nine months since the state’s first documented coronavirus infection, 27 county health officials have left their posts. Some retired but others resigned or were fired.

The same pressures are thinning the ranks of local public health officials across the country. Many are leaving because they’ve been physically threatened or “politically scapegoated” for doing their jobs, Lori Freeman, chief executive of the National Association of County and City Health Officials, told National Public Radio.

Gianfranco Pezzino recently announced that after 14 years as the health officer of the Shawnee County Health Department he would step down at the end of the year.

“There’s a lot of burnout, anger and frustration,” Pezzino said.

A doctor and public health researcher, Pezzino said months battling county commissioners over how to contain the coronavirus had worn him out.

“I’m tired emotionally, I’m tired physically,” Pezzino said. “I don’t think I have the energy … to do another year like this.”

The amount of misinformation spread on social media — much of it emanating from the White House — politicized the nation’s response to the pandemic, Pezzino said.

“If there had been a unified message coming down from the federal government to the state and local levels,” he said, “it would have been much easier for everybody.”

Jennifer Bacani McKenney is also tired and frustrated. Nevertheless, she’s fighting to stay on as the health officer in rural Wilson County.

McKenney, a doctor, grew up in Fredonia, the county seat. She returned about a decade ago to join her father’s medical practice.

Initially, she said, citizens of the county in the southeast corner of the state embraced orders issued by Gov. Laura Kelly and the county health department aimed at slowing the spread of the coronavirus. Those orders sequestered people in their homes, closed schools and some businesses.

“That first probably two months we were everybody’s best friend,” McKenney said. “We were here to take care of you.”

But support for those policies eroded as the number of unemployed Kansans grew to levels not seen since the Great Recession. Republican legislative leaders responded by reining in Kelly’s emergency powers and those of local health officials.

As the political debate grew more heated — nationally and in Kansas — hostility towards public health officials, like McKenney, increased.

She got threatening emails and was the target of personal attacks on social media.

“It hurts your heart, it really does,” McKenney said. “It’s not only that people are mean, it’s that you’ve lost friends. Relationships are broken.”

During the worst of it, McKenney said, she often sat alone in her office and cried after seeing her last patient of the day.

“There’s nothing else to do,” she said.

Andy Miller, a Wilson County commissioner, said McKenney brought some of the criticism on herself by disparaging President Donald Trump’s handling of the pandemic in social media posts.

“When you start getting political,” Miller said, “you’ve created a storm.”

When that happens, he said, the attacks run both ways.

“I’ve probably got a dozen emails or so that are just, ‘it’s either a mask [mandate] or you’re a killer,'” he said. “There’s no in between.” 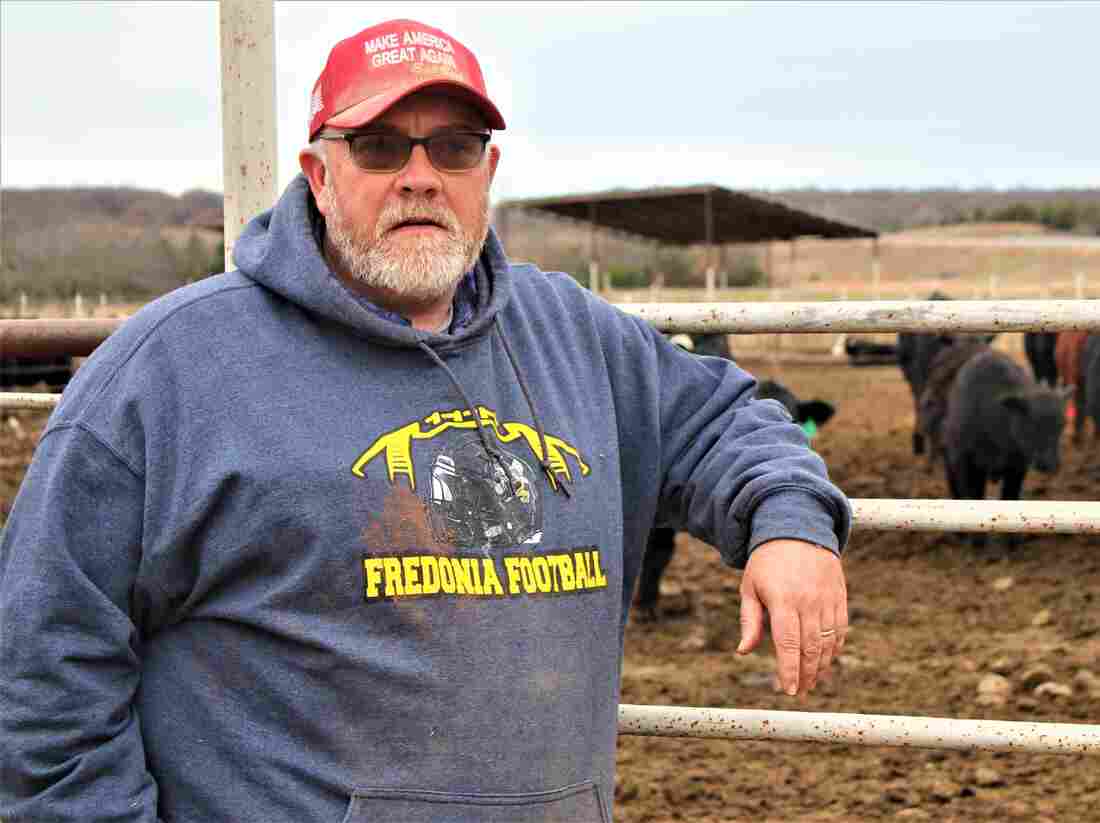 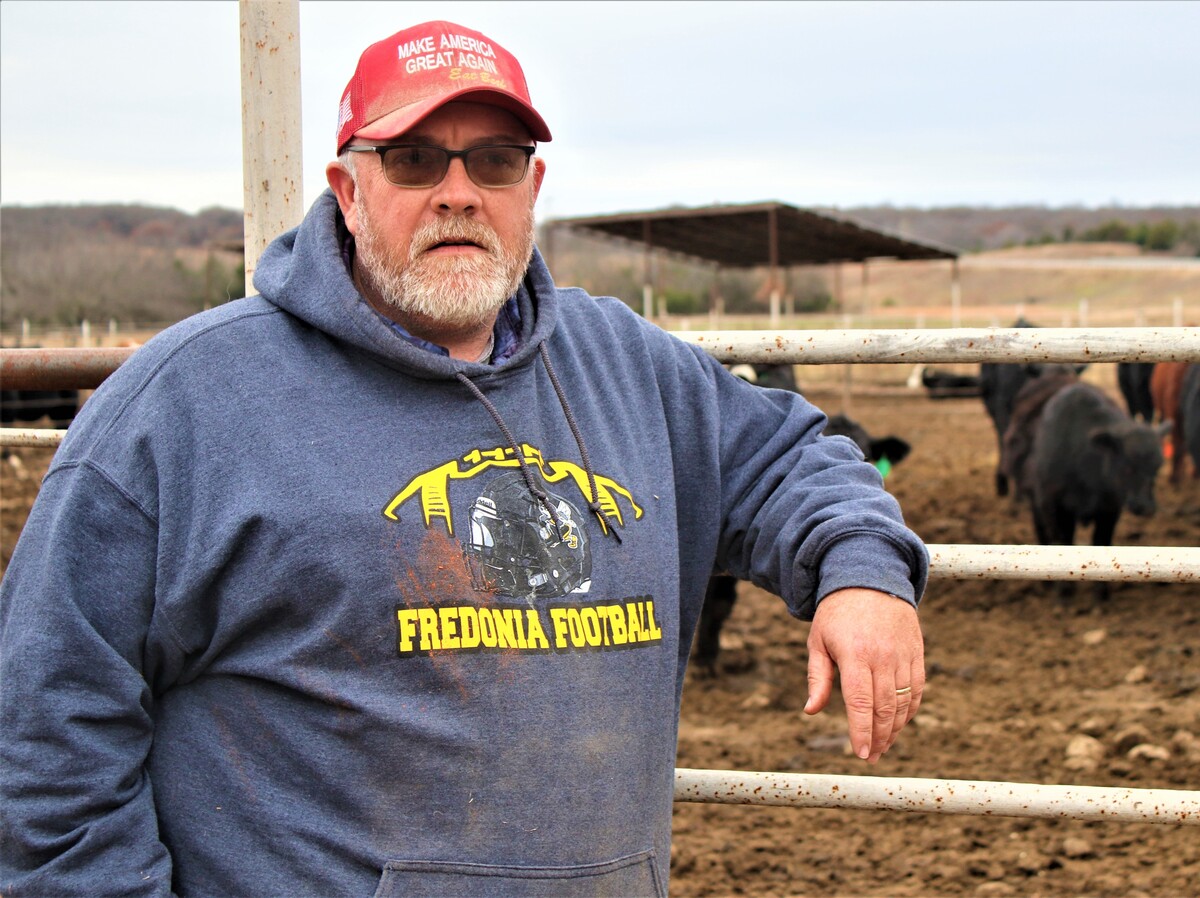 Early last month, commissioners rejected McKenney’s proposal for a mask mandate. But as COVID-19 cases in the county and across the state surged and Kelly reiterated her call for a statewide policy they agreed to consider a compromise.

Most of the people who showed up for a public hearing opposed the mandate as an assault on their personal liberty.

“My fear doesn’t happen to be the COVID virus but the overreach of national and state officials who believe because of their positions or ego that their opinions are fact,” said Charles Fox, a Fredonia veterinarian.

Donovan Hutchinson, the bar owner in nearby Neodosha, said giving in to a mask mandate would lead to further abuses of government power.

“What will they come after next, our guns, our children?” he said.

When it became apparent that the commission was ready to approve a 30-day mask mandate as a compromise several people walked out in protest.

Like other public health officials, McKenney is tired and discouraged. But she said she’s not going to quit.

“That’s not me,” she said. “I can’t have this knowledge and ability to help people and just walk away.”

Jim McLean is the senior correspondent for the Kansas News Service. You can reach him on Twitter @jmcleanks or email jim (at) kcur (dot) org.