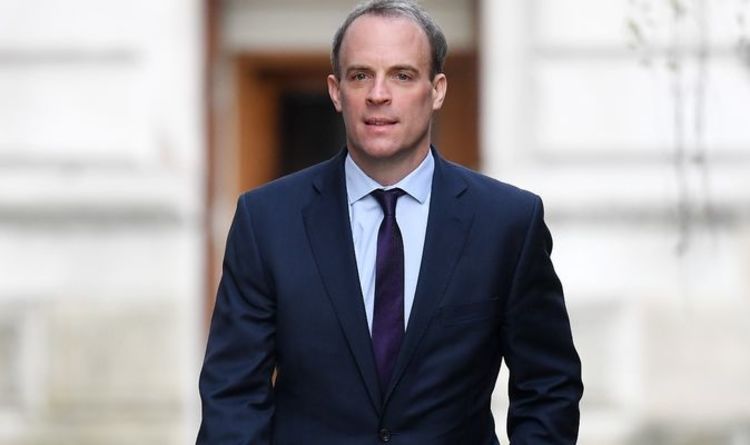 The only way workers could return to work as normal is if the coronavirus lockdown ends. The news comes as last night Foreign Secretary Dominic Raab last night confirmed the lockdown will stay in place until at least May 7.

The three week prolongation would then be reviewed, but it could potentially last until June.

Mr Raab is deputising for Prime Minister Boris Johnson, who is currently at home recovering from a bout of Covid-19.

Mr Raab admitted the situation is “rough going”, but he insisted it would be “irresponsible” to establish a timetable for easing the measures when the pandemic is still causing hundreds of deaths on a daily basis.

Ministers are in constant discussions as to when and how to start lifting the lockdown restrictions which are costing an estimated £2billion a day.

Measures to reduce the rate of infection include ramping up the testing as well as tracing.

A Cabinet source told the Mail ministers admitted that the social distancing restrictions would have to stay in place for months in order to avoid a second wave.

The source said: “We are starting to see other countries like Germany ease their lockdowns and I don’t think we will want to be too far behind, given the impact on the economy,

“But everyone accepts – including industry – that the next phase is not going to be a return to business as usual.

“We will need intensive testing and tracing of suspected cases.

He added: “What we are really trying to do is to work out under what circumstances, if any, should we extend the advice.”

Downing Street refused to answer whether workers would be required to wear protective equipment such as face masks, but it confirmed ministers are ready to change the official guidance if the review backs it.

If the use of personal protective equipment (PPE) was required to return to work activity was made compulsory a massive surge in PPE production would be vital.

Professor Whitty has consistently warned that would be a possible scenario.