Pulisic has the talent to score goals like Salah, Mane or Sterling, says Chelsea boss Lampard 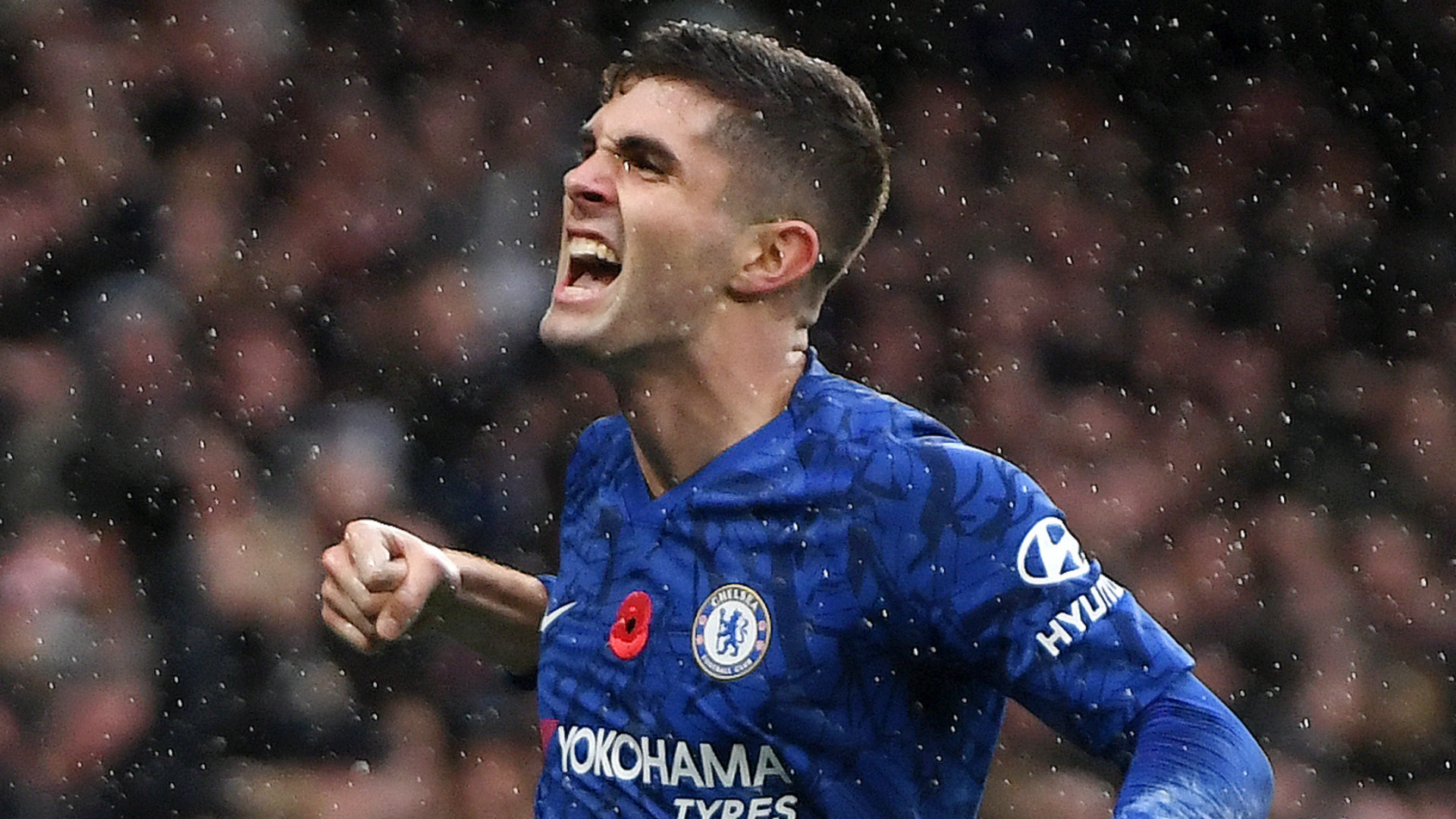 Pulisic has hit the ground running following the Blues’ return to action to leave Lampard delighted, but the Chelsea boss feels the United States international can deliver even more.

The winger’s goal in Thursday’s 2-1 home win over Manchester City was his seventh in the Premier League this season and the 21-year-old is now Chelsea’s second top scorer in the league, as well as being the leading scorer in the top flight aged 21 or under.

The former Borussia Dortmund attacker has shown he can score different types of goals, and Lampard now wants to see Pulisic be ambitious and chase the kind of goal-scoring numbers that other top wide players are achieving.

“I think he can be a really big player,” Lampard said. “Because he broke through so young in Germany and he moves to us, people’s expectations rise, but we have to take his age into consideration.

“There’s no doubt in his quality and you can see that. He is very keen to work and improve. He is particularly hungry at the minute because of his injury. And if he wants to learn, and he does, on the training pitch and how he sees the game, he needs to look at the players he sees around him who have made that sort of jump like the Raheem Sterlings, Sadio Manes and Mo Salahs who are now producing numbers [of goals] from wide areas.

“It is important that he understands the work he needs to do to do that because he definitely has the talent to do it. He needs to try and get to that level and I am delighted to have him at the minute. He works hard every day and he has to set his sights as high as he can.”

In all competitions, Pulisic is Chelsea’s joint-second top scorer alongside Willian and he looks set to play a starring role in his side’s end to the season with an FA Cup quarter-final match with Leicester at the King Power stadium up next on Sunday.

Lampard has yet to complete his second year in management and he continues to chase his first trophy working in the dugout.

He concedes that he and some of his young players need to win their first trophy, with the FA Cup looking the most viable option to do so this season.

“Yes, I think it is important. You have to have that idea but the reality is the competition you go up against with the teams that are still in this FA Cup means it is going to be tough,” Lampard added. “We are in a year of slight transition.

“But with the squad we have and the positive feeling we have at the minute in the group, we have to go in with the right attention.”

Lampard’s first major trophy as a player was the League Cup under Jose Mourinho in the 2004-05 season which began a culture of winning for Chelsea even after the legendary manager left the club.

In recalling that success, Lampard drew comparisons between that team and his young Blues side of 2020.

“It was very important for us at the time because we were a team with not many winners,” he continued. “We didn’t have too many titles between us and we were a relatively young team but Jose brought that to us, that mentality and winning that first one helped you to push on.

“In our team, I think we do have a mixture of players who have been there and won a lot. We have some younger players who haven’t. Me, myself, in my managerial career, I haven’t. I recognize the importance of that.

“That’s why we are here to win things at a club like Chelsea so it doesn’t fall short on me. The FA Cup is something we are going to give everything to. It is a difficult game, of course, against Leicester. We know the quality they have but we have to focus on trying to go as far as we can.

“It would be a big boost if we can get further, but we are just going into the quarter-final and it is hard to jump that far ahead because we are going to have tough matches.”