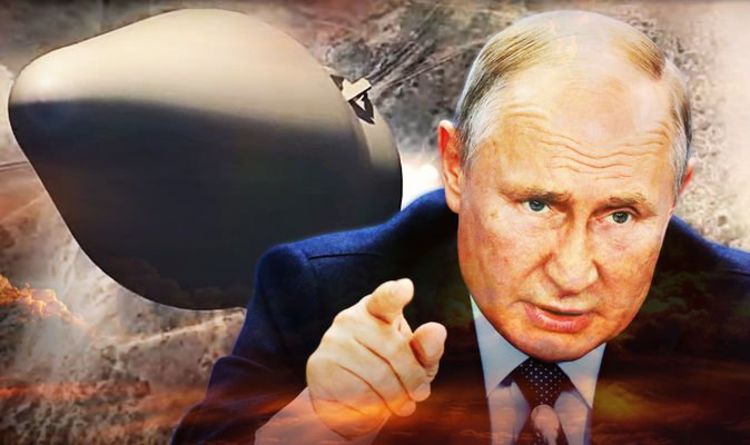 Speaking at a meeting with top military officials, Mr Putin said that for the first time in history, Russia has an edge in designing a new class of weapons, unlike in the past when it was catching up with the US. He said the first unit equipped with the Avangard hypersonic glide vehicle was set to go on duty this month.

Mr Putin first mentioned the Avangard and the Kinzhal among other prospective weapons systems in his state-of-the-nation address in March 2018.

At the time, Mr Putin said the Avangard has an intercontinental range and could fly in the atmosphere at a speed 20 times the speed of sound.

He noted that the weapon’s ability to change both its course and its altitude en route to a target makes it immune to interception by the enemy.

Speaking on Tuesday, he described the Avangard as a “weapon of the future, capable of penetrating both existing and prospective missile defence systems”.

The Kinzhal, which is carried by MiG-31 fighter jets, entered service with the Russian air force last year.

JUST IN: Exoplanet shock – Discovery could revolutionise understanding of Earth

Rafaello Pantucci, director of international security studies at the Royal United Services Institute, commented: “The test of a new hypersonic missile, which Mr Putin boasts in “invulnerable” to western defences, heralds a world that we thought we had consigned to history.”

Writing in the Sunday Times, he added: “Moscow feels compelled to demonstrate a sense of global confrontation to enhance national power and to explain at home the imposition of economic sanctions and the vilification of Russia in the international media.

He added: “Moscow sees the current confused order as a prime environment in which to asset its meddlesome influence abroad and build a narrative at home of international power and importance.

“We are able to respond in only a piecemeal fashion and struggle to maintain a unified line for long.

“Previously the clarity of a structured order between the Soviet and western blocs defined who the enemy was and what we would need to do in response to the weapons they were developing.”

He concluded: “Travel to Beijing, Moscow or Tehran and you hear views we would dismiss as conspiracy theories being shared among some of the most sophisticated thinkers as mainstream perspectives.