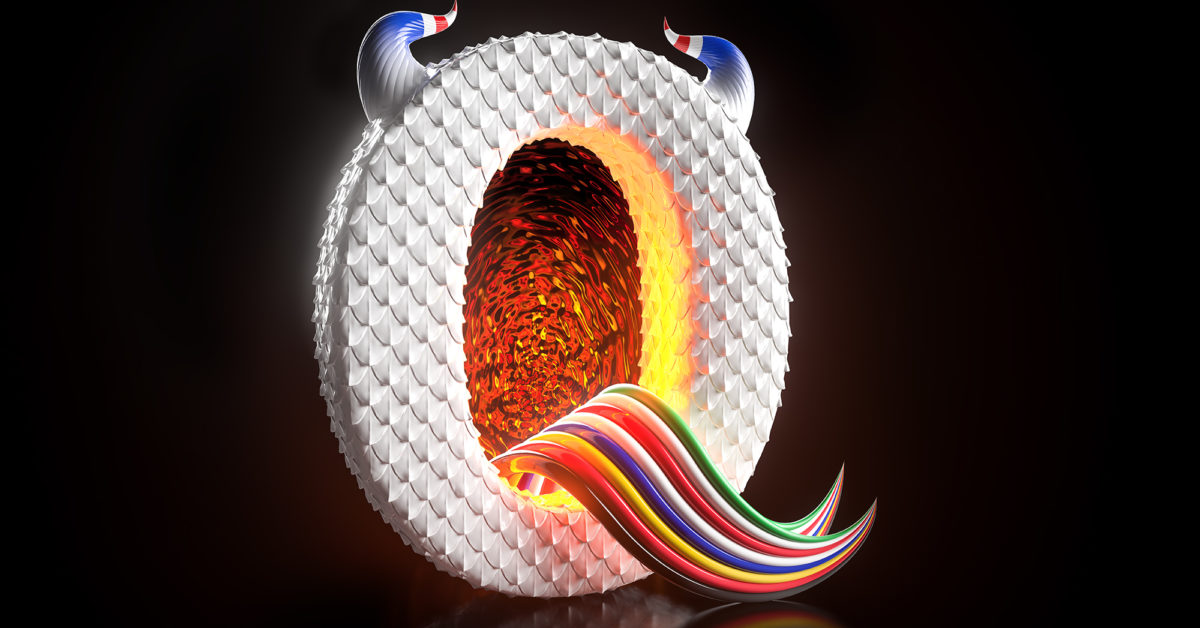 Press play to listen to this article

LONDON — QAnon has crossed the Atlantic — and it’s found fertile ground within protest groups, populists and conspiracy theorists across Europe.

In France, the Yellow Jacket movement has embraced the American movement. In Italy, backers hail from the anti-vaccine community. In Britain, adherents draw from Brexit followers.

At first glance it’s not a natural fit. The U.S. conspiracy theory — now with millions of acolytes worldwide — alleges a vast deception to undermine U.S. President Donald Trump. It blends anti-government, anti-lockdown and anti-Semitic rhetoric with unfounded beliefs about a vast pedophile ring run by the global elite. Its followers adhere to a quasi-religious belief that a great savior — aided by “Q,” an anonymous government insider from whom QAnon gets its name — will protect followers from the dark forces behind the conspiracy.

And yet, a review by POLITCO of tens of thousands of social media posts and online discussions across six languages discovered QAnon’s language and ideas are increasingly making their way into existing online communities and protest movements across the Continent.

The main reason why: the coronavirus crisis.

“If you feel like you’re losing control of your life, you’re more likely to believe in these conspiracy theories,” said Jonathan Bright, a senior researcher at the Oxford Internet Institute. “The coronavirus supercharged things. People are spending even more time online, so have more time to come across anti-vaccine and other conspiracy content.”

In the U.S., discussion about QAnon has broken into the political mainstream. When Trump was asked to disavow the group at a recent town hall event, he first said he knew “nothing about QAnon” but then added: “I do know that they are very much against pedophilia, and I agree with that.”

In Europe, the movement has so far remained mostly confined to the fringes, where some groups openly embrace QAnon, often splicing American phrases like “deep state” together with longstanding domestic bugbears like the use of vaccines to protect children against disease. Others borrow heavily from QAnon’s ideas — accusing Angela Merkel, the German chancellor, for example, of being a puppet of the global elite — to push attacks against their country’s governments.

Even more groups view QAnon and its anti-establishment message as evidence that the COVID-19 crisis is overstated and national lockdown measures are undemocratic.

“Wake up, it’s not about the virus, the Great Reset is coming!” a British Facebook group with ties to the QAnon movement that has more than 17,000 followers posted on October 14. The post made a false connection between an event promoted by Prince Charles on sustainable business and the conspiracy theory’s belief that an overhaul of the global order is imminent.

Groups from the left and right have all found aspects of QAnon appealing. The conspiracy theory attacks a wide variety of opponents and offers multiple narratives from which to choose, according to misinformation experts who have tracked QAnon’s growth.

These analysts warn that the theory has become particularly appealing to the vocal minority in Europe that opposes European government efforts to tackle the coronavirus. Several anti-lockdown protests — with a heavy dose of QAnon rhetoric — have taken place recently as officials from London to Lisbon try to push back the wave of new coronavirus cases.

“Overt QAnon messaging is often far-fetched for the average person to understand,” said Anna-Sophie Harling, managing director for Europe at NewsGuard, a social media analytics firm that tracks misinformation. “But it’s not difficult for someone who’s lost his job and hasn’t been affected by the coronavirus to come across these ideas online and jump to the conclusion that something is going on.”

The birth of QAnon

Its roots date back to late 2017 when an anonymous social media user — using the name Q — published several cryptic messages on 4Chan, a platform often used by fringe conspiracy theorists and online extremists.

Those posts, known as Q-drops, quickly spiraled into a belief that Trump was fighting a war against a so-called deep state of government insiders, global elites and pedophiles bent on overthrowing his administration. Followers eagerly hunt the web for QAnon clues, dissecting the latest updates in rambling message board conversations, Facebook posts and YouTube videos.

QAnon has embraced fast-changing global events to fit its narrative, and has become so mainstream that more than 20 candidates in next month’s U.S. election are vocal followers of the movement.

When Robert Mueller published his report on Russian interference in the 2016 U.S. election, QAnon believers saw it, instead, as an investigation into pedophiles within the U.S. government. They also co-opted the so-called Pizzagate theory — debunked claims that several high-profile Democratic lawmakers were part of a human-trafficking and child sex ring. Similar debunked claims have also surfaced in Brazil, Italy and France.

“QAnon is about fighting against global elites,” said Tristan Mendes, an associate lecturer at the University of Paris who has tracked the movement’s growth in France. “When it lost its American attachment when it went global, it adapted to the natural context in all the countries where it landed.”

In Europe, links to this fringe conspiracy started small — but have snowballed during the COVID-19 pandemic.

In late 2018, a number of Facebook groups, encrypted-messaging groups and websites, mostly within far-right communities in the United Kingdom and Germany, sprouted up, often parroting U.S. theories about a global conspiracy to undermine Trump’s presidency.

These European groups still remain far smaller than their U.S. counterparts, and their supporters, collectively, number in the hundreds of thousands versus the millions across the Atlantic, according to a recent analysis by Institute for Strategic Dialogue, a London-based think tank that tracks online extremism.

But the recent pandemic has provided ample room for growth.

In Germany, home to the largest QAnon community outside the English-speaking world, far-right groups — already well-trained in digital tactics — were some of the first to embrace QAnon.

“Ever since the refugee crisis, in the conspiracy and far-right sphere, Merkel is the arch enemy,” said Jakob Guhl, a researcher at the Institute for Strategic Dialogue who monitors extremist movements in Germany. “Trump is seen as the liberator from the Merkel regime.”

Yet the group’s appeal extends far beyond extremist fringe groups.

On Qlobal-Change, a German-language YouTube channel which was shut down by Google on October 15, more than 100,000 followers — a fourfold increase in less than a year — could watch dubbed versions of Trump’s campaign speeches. The comments section married far-right, anti-Semitic tirades with attacks on Merkel and her government’s response to COVID-19.

In multiple German channels — many with tens of thousands of members — on Telegram, the encrypted-messaging service, anti-vaccine viral memes are posted alongside conspiracy theories alleging that Microsoft founder Bill Gates created the global pandemic for his own economic gain. Others criticize NATO as an American-led deep-state conspiracy, while hailing Trump as the savior of the German people.

Similar groups have sprung up across Europe, blending American-style QAnon language with existing conspiracy theories and anti-government rhetoric, according to POLITICO’s analysis.

In France, Qactus.fr, a local website, has jumped to the 314st-most popular site in the country, based on social media engagement across Facebook, Twitter, LinkedIn and Pinterest, compared with ranking outside the country’s top 1,000 sites in July, according to NewsGuard.

It heaps praise on Trump’s handling of COVID-19 and promotes conspiracy theories about local politics. Its Facebook page was deleted when the social networking giant banned QAnon content on Oct. 6. But people still regularly add the website’s posts to other groups, including those supportive of the Yellow Jacket movement, according to POLITICO’S review of social media.

The French anti-vaccine community — with a well-organized online presence that is becoming increasingly vocal about the country’s lockdown measures — has also borrowed heavily from QAnon themes. Dedicated Facebook groups promote Didier Raoult, the French doctor who championed the use of hydroxychloroquine, a widely discredited treatment for COVID-19, as an anti-lockdown warrior against French President Emmanuel Macron.

As social media giants have clamped down on QAnon, the online groups have adapted.

In the United Kingdom, groups with names like “Citizens Unite UK #wakeup” — often with tens of thousands of followers — use the conspiracy theory’s ideas without overtly mentioning QAnon. Frequent references to the global elite, alleged pedophile rings and the government limiting people’s freedoms pepper conversations that call on people to fight alleged attacks on their rights.

In the Netherlands, social media accounts that align themselves with Geert Wilders, the Dutch far-right politician, have similarly borrowed heavily from the U.S. movement as the country enters a partial COVID-19 lockdown.

“Doing nothing is no longer an option,” one posted recently on a Dutch Facebook page with more than 10,000 followers. “The more people protest, the more people join, the stronger we get.”

Despite its digital roots, QAnon has extended its reach into the real world, with attendees at protests against anti-coronavirus measures and supportive of conspiracy theories spreading its talking points across Europe, the U.S. and elsewhere.

On a recent bus trip in France taking protesters to a march in Lyon against 5G — telecoms technology that some believe, incorrectly, spreads COVID-19 — a conversation between two middle-aged women jumped effortlessly between anti-vaccine conspiracy theories and those championed by QAnon.

Neither mentioned the U.S. movement by name. But one woman, who declined to give her name, told the other that she had first disliked Trump, only to change her mind after a friend had shown her YouTube videos and social media posts about the U.S. president’s secret fight against pedophiles worldwide.

“That’s why they [the media and political elites] hate him so much,” the woman said.

This article is part of POLITICO’s premium Tech policy coverage: Pro Technology. Our expert journalism and suite of policy intelligence tools allow you to seamlessly search, track and understand the developments and stakeholders shaping EU Tech policy and driving decisions impacting your industry. Email [email protected] with the code ‘TECH’ for a complimentary trial.