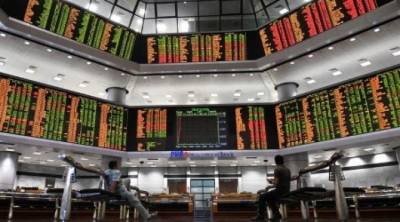 PETALING JAYA: The Malaysian bourse rallied for the second consecutive day today as the United States unveiled unlimited quantitative easing (QE), but analysts cautioned that the spike is not sustainable and is just a knee-jerk reaction.

Asian markets were boosted by the US Federal Reserve’s decision to purchase an unlimited amount of treasuries and mortgage-backed securities in order to support the financial markets.

Rakuten Trade head of research Kenny Yee explained that the US move indicates the severity of the Covid-19 pandemic, which has been spreading unrelentingly in the western countries.

“Previously, Asia was deemed the epicentre of the outbreak, but that is not the case anymore. If the situation in the west, especially in the US worsens, sellers may be out again in droves,” he told SunBiz.

Under the current circumstances, MIDF Research senior analyst Imran Yassin Md Yusof said, the market will continue to be volatile, with any good or bad news can swing the market in either direction.

He explained that an important ingredient for the markets to sustain their rally is the containment of the Covid-19 pandemic.

“Currently, we have yet to see the flattening of the curve in terms of new cases reported,” said Imran.

Once this is observed, he said, it may induce the markets to rally more sustainably as in the aftermath of the outbreak, the markets will see ample liquidity due to the aggressive monetary actions by central banks.

“Thereafter we may see this liquidity start flowing into the emerging markets, including Malaysia,” he added.

With regard to the MCO extension, Sunway University Business School professor of economics Dr Yeah Kim Leng opined that a sharper economic decline is expected as consumption and production activities have been affected by the movement restrictions.

He foresees a further deterioration in investor confidence, but there could be some relief when the second stimulus package is announced on Friday.

Yeah expects the second stimulus package to provide wider support to firms, businesses and workers including part-timers and self-employed to cope with the longer restrictions period.

“The larger stimulus will help to shore up investor confidence in concert with similar actions taken by governments worldwide in facing the unprecedented health and economic crisis,” he said.