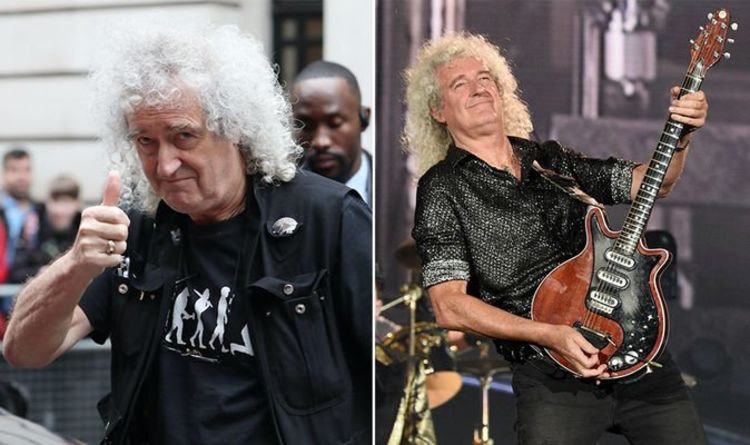 The Queen legend has had a very busy and successful 2019. Bohemian Rhapsody made $ 900 million worldwide and won more Oscars than any other movie at the Academy Awards. Brian May and Roger Taylor then teamed up for another Queen and Adam Lambert tour of North America, which continues into 2020 – the band’s 50th anniversary year. Now Christmas is out the way, the sprightly 72-year-old is back on the exercise bike to be fighting fit for the 2020 Rhapsody tour dates.

In a new Instagram video, May showed himself working out and said: “Hey, training for the next round of shows. Back on the horse.”

The text included revealed he had been fighting off a “horrible cold virus” over Christmas and wants to be in good shape and health ahead of a busy year of world touring.

The Queen guitarist wrote: “And so, having fallen severely off the horse over Christmas (figuratively), while my body fought off a horrible cold virus, it’s time to build up again to match fitness.

“Well, I can try ! We leave for 6 weeks on the road on the 14th of January. Korea, Japan, New Zealand, Australia.”

May was in hospital earlier this month for surgery after being in pain during the Queen and Adam Lambert tour this year.

From his bed, he wrote on Instagram: “I’m done! After a snip to my calf muscle, I’m feeling good!

“The theory is that it will release the excess tension in my Achilles’ tendon and get me out of a painful heel situation I’ve been in for many months.

“I had the problem all through our last tour of the USA – and although adrenaline got me through, my running around was severely curtailed, and there were a couple of nights when I really couldn’t move at all around the stage (nobody noticed, it seems !).”