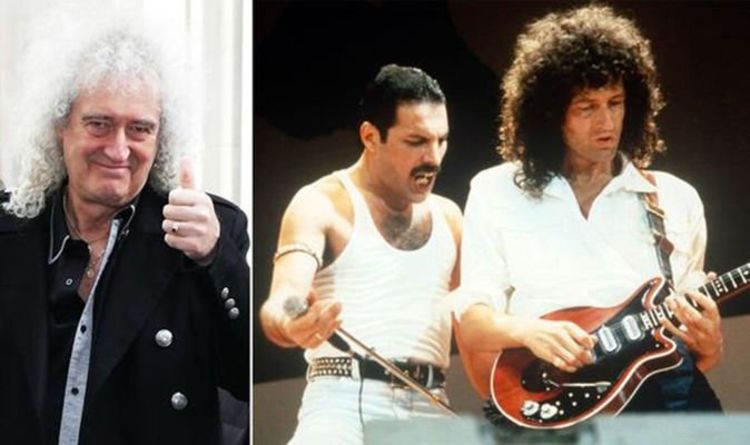 Four years after Freddie Mercury died in 1991, Queen released their final album Made in Heaven. And a couple of weeks later they scored another Top Ten hit with his composition A Winter’s Tale. Now the Queen official Twitter account has shared a touching memory of Brian May about Freddie’s writing of the song.

Speaking with Mojo, the Queen drummer said: “Freddie wrote the song in Montreux, in a little house on the lake that we called The Duck House.

“The extraordinary thing is he’s talking about life and its beauty at a time when he knows he hasn’t got very long to go. Yet there’s no wallowing in emotion, it’s just absolutely purely observed. So that’s the way I wanted my solo to be.”

May added: “It was one of those things where I could hear it in my head, long before I actually got to play it.

“And when I recorded it, at my home studio, in my head I was there with Freddie in Montreux in those moments, even though this was happening long after he was gone.”

Taylor said: “Ironically, Christmas tends to be such a stressful time for so many of us.

“So many emotions, joyful memories of past Christmas’ as delighted children and responsible adults/parents. It’s just a great relief when it finally happens.”

While May explained the inclusion of animals in the video.

The Queen guitarist said: “The video goes a little further by including a subtle reminder that we as humans now need to feel a responsibility for the welfare of ALL creatures on Earth – not just for our own benefit, and that of our grandchildren, but out of respect for the rights of the animals themselves.”