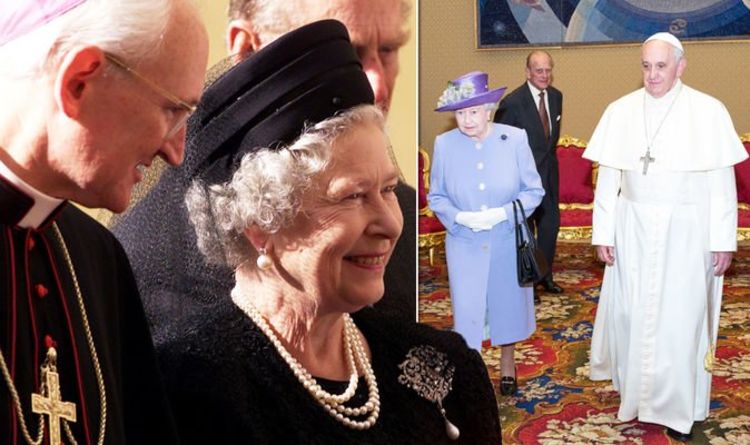 Queen Elizabeth II has met a number of Popes including Pope Jean Paul II and Pope Francis. However, an expert has revealed Her Majesty almost made a huge diplomatic blunder almost 20 years ago.

The Queen was advised she could wear a day dress, but this was not the case, as Angela knew – being Catholic. She brought along a black dress in case, which the Queen wore when her private secretaries were informed of the dress code.

Angela writes in her book: “I vividly remember the brief look of relief on the Queen’s face.”

For the event the Queen wore a black dress with an intricate floral lace design on the top half.

The gown had a high neckline and long sleeves. It also, unsurprisingly, had a long skirt. As is the norm when meeting the pope, the Queen wore a veil, like Melania Trump did when meeting the Pope.

Then comes Prince William’s children, George, five, Charlotte, three, and Louis, almost one, and they are followed by Prince Harry, 34. Prince Harry is succeeded by his son Archie Harrison, born in May.