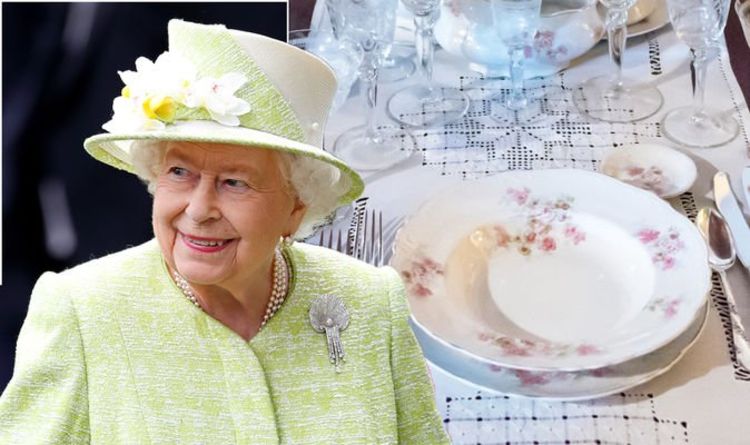 “Royal tours used to span months, but these days it’s more economical to cover more engagements in less time, so the royals will never be away longer than two weeks, and customarily they attend around four engagements a day,” an expert told Town & Country magazine.

The rule doesn’t only apply to the food consumed on a state visit though.

However, there are lots of foods that they can enjoy, with many members even travelling with specific snacks to keep them satisfied.

“I think it’s such a lovely change from all that fancy food which comes in first class!”

However, the monarch also has some more luxurious requests when it comes to the beverages she drinks.

While her inflight meal may be a casual affair, she is reported to be very specific about the water she is served alongside it.

Peter Pigott in his book Royal Transport wrote: “For each state visit, the royal family brought with them five tonnes of luggage, including Malvern water for the Queen’s tea.”

In the Channel 5 documentary, former royal spokesperson Dickie Arbiter added: “The only thing the Queen requests to have wherever she is is Malvern Water.

“She likes Malvern water, it’s refreshing and they usually take lots of it with her.”

She also ensures she has a large supply of Earl Grey tea with her when travelling, which is created “especially for her by Twining’s”, according to the MailOnline.

Each year, Virgin Media customers are hit by a price hike to their monthly bills in October. Last year, the monthly cost increased by...
Read more