Queen Elizabeth: The Queen Mother refused to let the monarch... 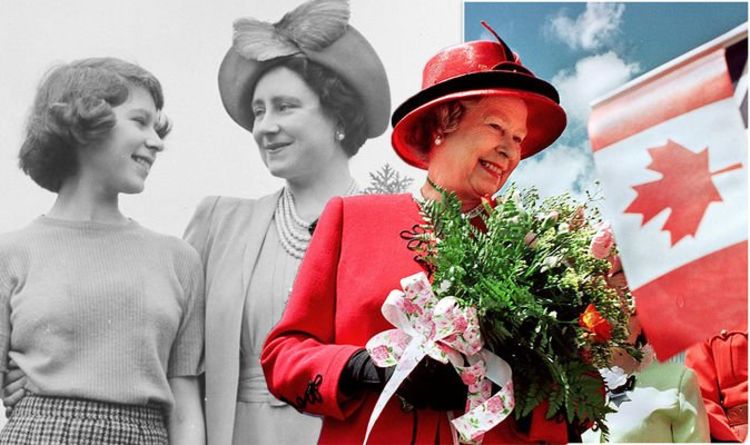 Queen Elizabeth II is one of the most well-travelled monarchs in history, having flown around the entire globe an approximate 42 times in her adult life. However, during her younger years international unrest meant that travel was not as easy for the now head of state.

An ITV documentary, which aired on Wednesday evening, revealed that she and her sister Princess Margaret were held back from travelling to Canada, despite the fact many girls of her own age and from wealth were being sent there.

It all happened during World War II, when children across the UK were being sent from targeted cities into the countryside during the wartime evacuation effort.

According to the documentary, Our Queen at War, although many wealthy families were sending their children to Canada, the Queen Mother stood her ground and refused to send her daughters.

“The government repeatedly advised the Royal Family to move their children abroad,” says the documentary’s narrator.

READ MORE: Queen Elizabeth never does this when she travels away from home

“You can understand it because if the King and Queen are still in London things aren’t too bad. “

This meant that the Queen and her sister remained in England, though the press and public were not told of their whereabouts.

“The precise location of the royal family was a matter of great national secrets and security,” says historian and royal biographer Robert Lacey.

Christopher Warwick, another royal biographer, adds: “The newsreels told everybody at the time the princesses were ‘somewhere in the country’.”

Childhood friend of Queen Elizabeth and Princess Margaret, Lady Anne Glenconner, is interviewed as part of the documentary. She recalls: “I remember my sister and I being so proud that they were still in England when a lot of our friends remained in America and Canada.”

Of course, it has later been revealed that the two princesses were hiding out at Windsor castle.

Surprisingly, this was not the first time in her life that the Queen would be disallowed to travel internationally.

In 1971 the monarch was also barred from embarking on an important trip.

The incident was documented in Robert Hardman’s book “Queen of the World”.

According to Hardman the Queen was told she was not to go on a Commonwealth trip alongside the British Prime Minister, something which made her “deeply unhappy.”

The book explains how Prime Minister Edward Heath was due to go to the CHOGM meeting in Singapore with plans to discuss a “deeply unpopular policy which threatened to split the commonwealth down the middle.”