Queen of the South season 5: Will Teresa kill the Judge? 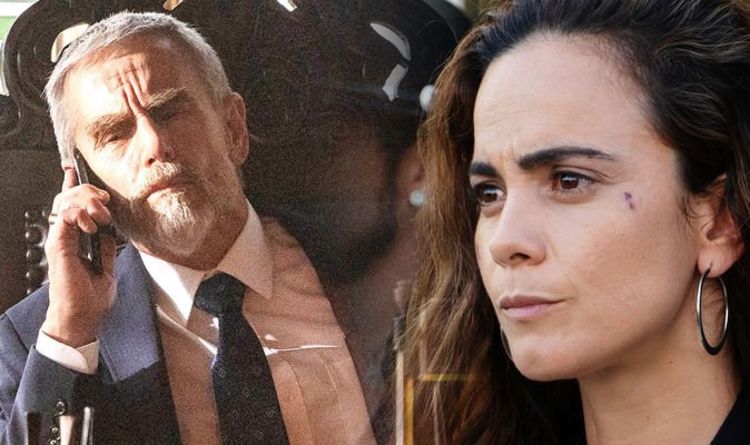 In a recent update, co-showrunner Dailyn Rodriguez told fans on Twitter: “Season five was interrupted due to Covid.

The set was shut down back in March as the global lockdown started, along with others shows including Empire, Pose and The Resident.

Season five of Queen of the South got the greenlight in 2019, around the time of the series four finale.

READ MORE: Queen of the South season 5 delayed: Will the new series be delayed?

Season five is likely to see a continuation of this feud between Teresa and the Judge after he came so close to killing her.

While fans are going to have to wait and see what happens, Queen of the South’s co-showrunner Ben Lobato spoke about the conception of the Judge’s character and what could be coming next.

He told Entertainment Weekly last year: “My family is from Mexico and my co-showrunner and partner Dailyn Rodriguez and I have been very conflicted, in a way, about running a show about Mexican cartels right now.

“Just because of the current political climate. So we’re looking at the story and asking, ‘So what’s behind the cartels?’ Why do they exist? It’s because of historical systemic corruption.

“So we thought with us setting up this new world in New Orleans, let’s look at the real corruption in that specific city.”

Lobato went on to say: “The audience loves Teresa because they understand her plight because she’s a survivor. But also because she maintains this strong moral code. She’s not a sociopath.

“She’s not like El Chapo where she’s killing people just to kill them. She only draws blood when she has to for survival.

His words hint the Judge could be in the show for a while yet as a key pillar and force of resistance Teresa will have to face.

However, she could very well seek out revenge against the Judge for trying to take her out as well as her new business partner.

Then again, Theresa knows the Judge is more powerful and will have to bide her time before making her next move.

In some ways, removing the Judge could upset the balance of power and corruption within New Orleans and brings its own problems.

Therefore, Theresa could be playing the long game and looking at the major power players first.