Queen of the South: Teresa finally becomes 'Queen' as Alice... 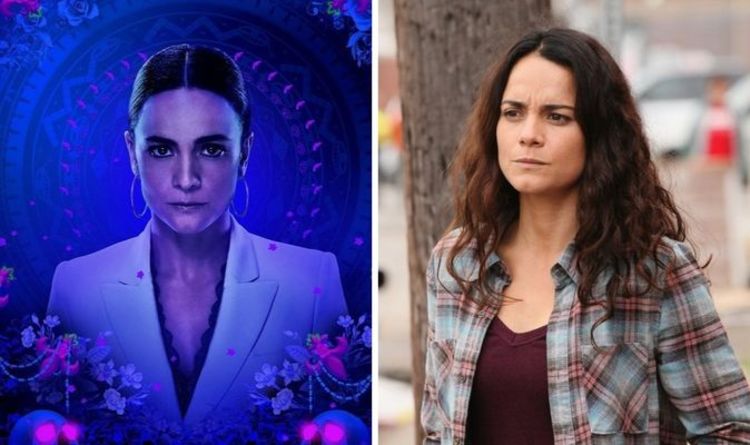 The fourth season of Queen of the South has seen the series gain a surge in popularity after the popular series was released this year on Netflix UK. When the crime drama returns on the USA Network for season five, Alice Braga has teased Teresa will finally earn the title of ‘Queen’.

Filming of the fifth season was underway in early 2020 when Queen of the South season five got the go ahead last year.

Unfortunately, production was stalled amid the coronavirus pandemic, and it remains unclear when the thriller will return for season five.

Alice Braga is set to return as Mexico’s rising drug lord Teresa Mendoza, alongside some familiar faces following the surprise twist at the end of season four.

Co-showrunner Dailyn Rodriguez confirmed all scripts for season five have been written, but the cast and crew are unsure when filming and post-production can carry on.

Talking exclusively to Express.co.uk, Rodriquez said: “We’re ready to shoot when we can go back to shoot, so we’re just waiting.”

The new season is expected to pick up where the latest instalment’s dramatic cliffhanger left off, namely the shocking return of Teresa’s ex-boyfriend James (played by Peter Gadiot).

Meanwhile, unearthed interview clips with the show’s lead star Alice Braga have been teasing the upcoming season following USA Network’s renewal of Queen of the South.

Although Teresa’s influence has spread throughout Mexico over the course of four seasons, the drug mogul still has bitter rivalries to deal with in season five.

The drug lord may have taken down her biggest rivals, but Teresa and the Judge’s feud is set to continue in season five.

Plus, upon James’ return to the series, clutching a bloody wound, her ex-boyfriend hinted at the arrival of a new threat when he warned Teresa someone was ‘coming for them’.

It is unknown if Queen of the South will continue for a fourth season, but Alice Braga is confident fans will eventually see Teresa come out on top.

During her discussion with fans, Braga also touched on how the death of her character’s innocent godson, Tony (Julian Silva), will fuel her fighting spirit in the coming instalment.