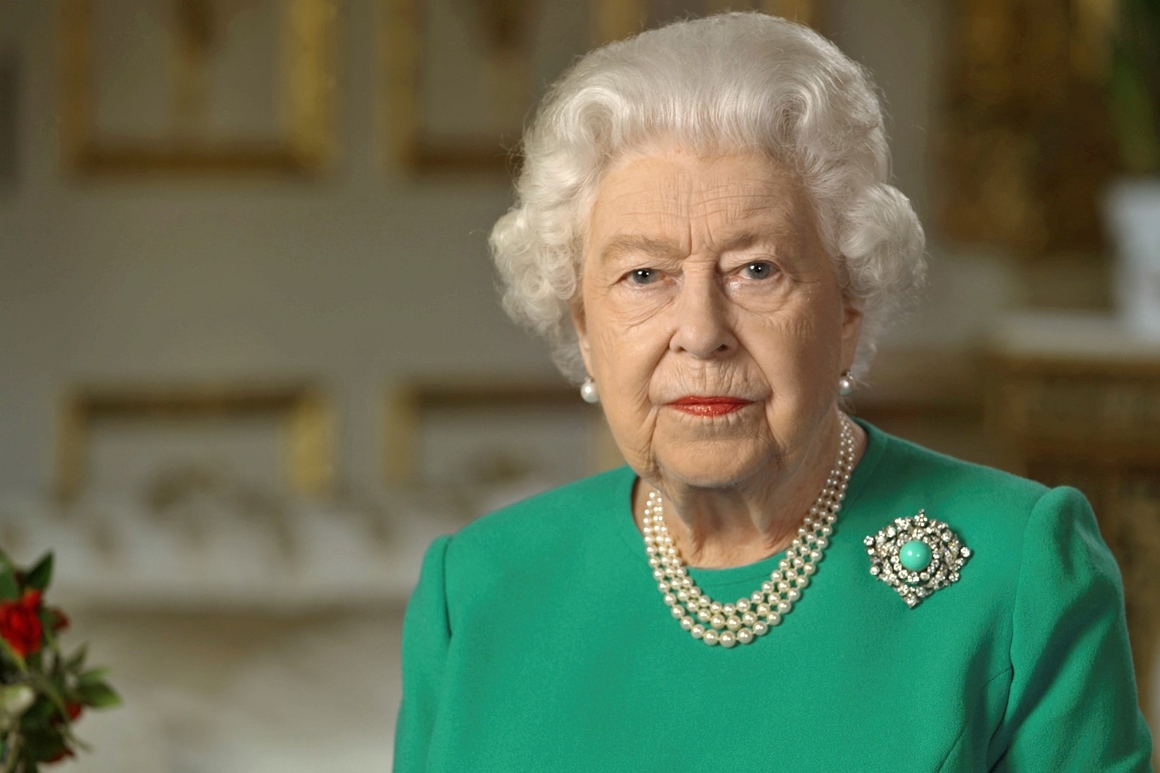 LONDON — Queen Elizabeth II expressed her hope that in the years to come, Britons would be able to "take pride in how they responded" to the coronavirus pandemic, in a rare address to the nation on Sunday night.

The head of state used the pre-recorded broadcast to acknowledge the "disruption in the life of our country," which she said had "brought grief to some, financial difficulties to many, and enormous changes to the daily lives of us all."

"I hope in the years to come, everyone will be able to take pride in how they responded to this challenge," she said. "And those who come after us will say that the Britons of this generation were as strong as any, that the attributes of self-discipline, of quiet good-humored resolve and of fellow-feeling still characterize this country."

The queen also used the speech, which was filmed by a single cameraman wearing protective equipment, to thank NHS staff and key workers.

The message came after the number of recorded hospital deaths in the U.K. among those who had tested positive for COVID-19 reached 4,934.

Ministers have spent the weekend warning Britons to follow the government’s stay-at-home rules. Health Secretary Matt Hancock warned at Sunday night’s Downing Street press conference that it was "mission critical" to follow social distancing rules to protect the NHS and slow the spread of the virus.

The prince of Wales, the queen’s son, was diagnosed with coronavirus last month and self-isolated for seven days after displaying mild symptoms. U.K. Prime Minister Boris Johnson, who has also contracted the virus, has now been hospitalized for treatment.