Queen’s Brian May ‘Give Boris Johnson the benefit of the... 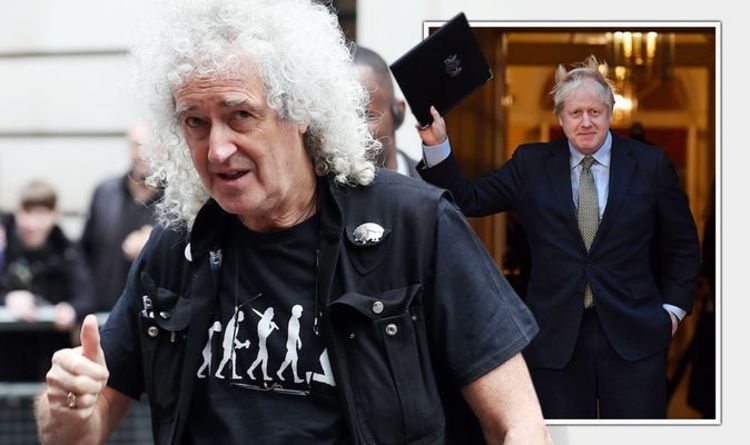 Freddie Mercury’s Queen bandmate Brian May has responded to the 2019 general election result with a positive message of unity. The 72-year-old, who has previously been impressed by Jeremy Corbyn and Labour’s policies, has called on Queen fans to give Boris Johnson a chance and wish him well. May took to Instagram to share his comments this morning.

May posted a picture of Prime Minister Boris Johnson and wrote: “Who is this man ? What does it all mean ?

“Yes – I see many of your comments – and it’s obvious there are hundreds of thousands of us who are sad that our close ties with Europe are now certain to be broken.

“Many of us will continue to see BREXIT as a tragic mistake.

“But I believe that this election result is a wake-up call for us.”

May continued: “Whether or not we like Boris Johnson, or his party, or the process that has given him this victory, matters very little.

“The people of this country have now spoken in a very decisive way.

“We have in effect a new prime minister, now elected by the people as well as his party, no longer insecure, perched precariously on the edge of a cliff.

“Boris Johnson’s massive majority in Parliament will give him the power to do more or less whatever he wants in the coming 5 years.”

The Queen guitarist added: “We, as animal campaigners will be knocking on his door from tomorrow onwards, seeking better deals for Britain’s non-human animals, with the sincere hope and belief that he will listen.

“We already have a very decent ally in many areas in Michael Gove, who has defied being typecast as an insensitive Tory, to make more improvements to animal welfare than any Minister of the Environment in living memory.

“I’m personally disgusted with the way the MEDIA behaved in this election period – the filth that the Mail and the Sun and the Telegraph spewed out day after day, the poisonous smears and character assassinations that even the BBC promulgated, in my opinion, should justify a complete reform of Press rules.

“But it was noticeable that Mr Johnson, unlike Mr Trump across the water, didn’t get personally involved in the slander.”