Quinnipiac poll shows Biden up by 10 among likely voters 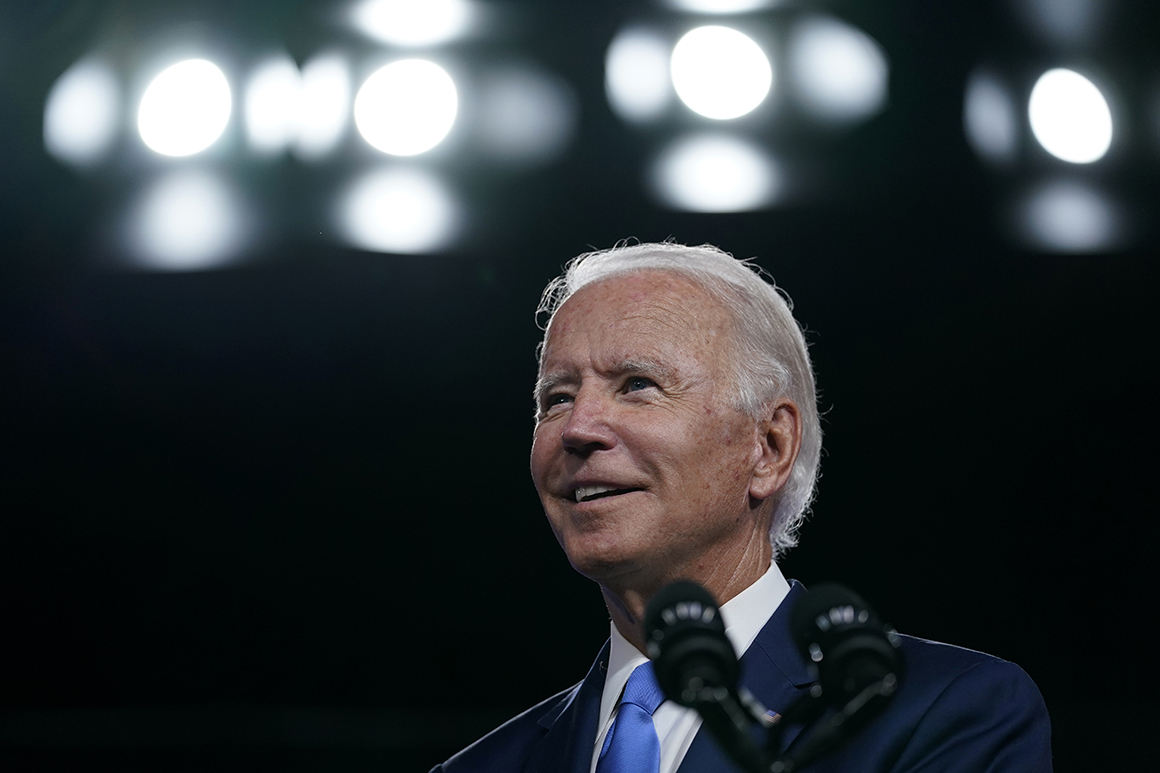 Likely voters in the Quinnipiac poll preferred Biden over Trump to handle all but one of five key issues, including racial inequality — three-quarters of likely voters agreed racism is a “big” problem in the U.S. — the coronavirus pandemic, and health care.

Those voters were split, 48-48, on who would be best to handle the economy, a blow for the president on an issue that was intended to be his most salient argument for reelection before the coronavirus-induced slump earlier this year.

A pair of other national polls released Wednesday showed a tightening race since last week’s Republican National Convention and the previous week’s Democratic National Convention. Speakers at the GOP convention spent the week warning of an ominous and chaotic future under Biden, and the convention coincided with another week of unrest due to the police shooting of Jacob Blake, a Black man, in Kenosha, Wis.

At the Democratic convention, speakers painted Trump as a failed leader, hammered his response to the pandemic, and accused him of stoking racial tensions. Both Democrats and Republicans sought to humanize their respective nominees for voters in an election that could come down to personality preferences.

The flurry of new polling follows surveys from several swing states — including in Biden’s home state of Pennsylvania — that also indicate a closer race than earlier this summer, when Trump’s poll numbers plummeted amid criticism of his handling of the coronavirus pandemic.

The Quinnipiac poll was conducted among 1,081 likely voters nationwide, from Aug. 28-31. Results from the survey have a margin of error of plus or minus 3 percentage points.