Race takes a back burner at vice presidential debate 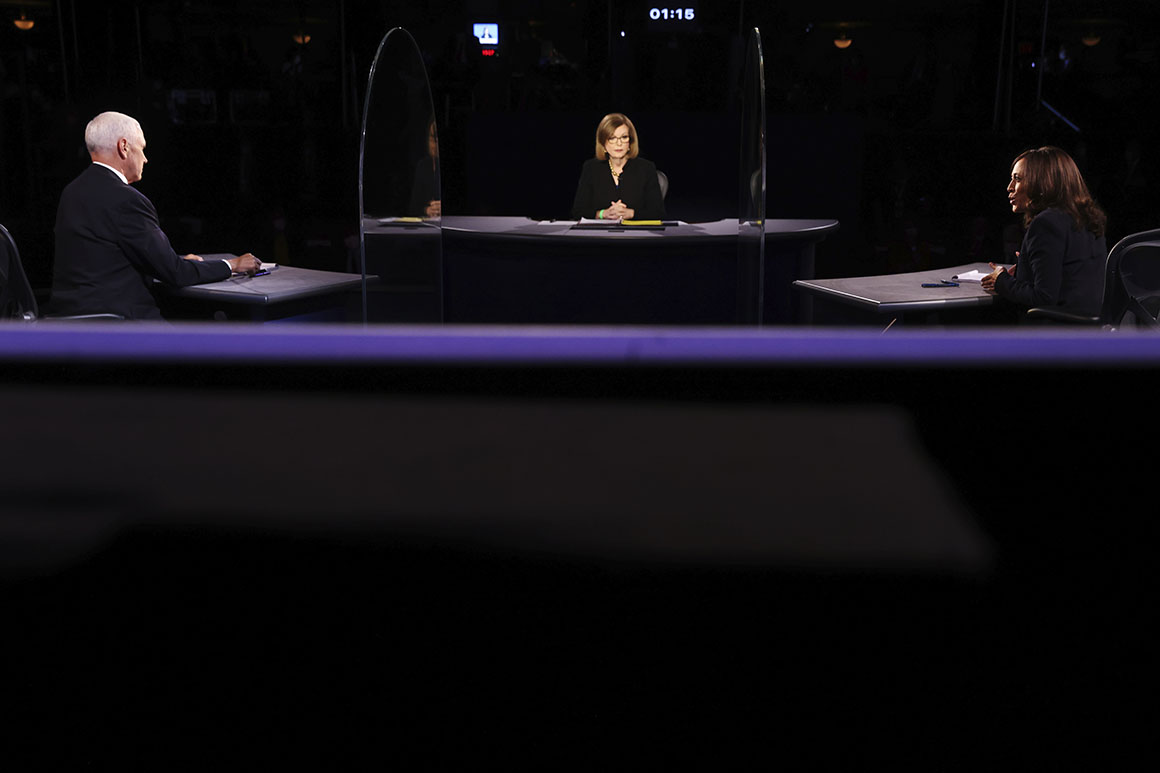 The precedent: Both Pence and Trump have denied the existence of systemic racism and been vocal allies of law enforcement in the wake of nationwide protests against police violence. When given the opportunity to disavow white supremacist groups during the presidential debate, Trump declined, instead telling them to “stand back” and “stand by.”

“This is a president who respects and cherishes all of the American people,” Pence added.

The vice president has been careful to play the conciliator, more moderate in tone than his often bellicose boss. But he’s also careful not to contradict Trump’s law-and-order messaging on protests against racism. He once recommended Americans “set aside” addressing issues of systemic racism in policing.

Instead, he’s touted economic equality as the solution to racial inequities. Meanwhile, Trump denounced white supremacists last week only after being repeatedly asked and pressed on the matter. Trump’s failure to condemn white supremacy, use of dog whistles and attempts to stoke fear of minorities are features of his campaign tactics and presidency.

Both Trump and Pence paint Joe Biden’s pro-reform views as far-left extremism. During a speech in Gettysburg on Tuesday, the former vice president defended his stance on reforming the criminal justice system.

“I do not believe we have to choose between law and order and racial justice in America. We can have both,” Biden said.

“I think about what it takes for a Black person to love America — that is a deep love for this country that has for far too long never been recognized,” Biden added, addressing the pain many Black Americans vocalized as the country confronts a racial reckoning.