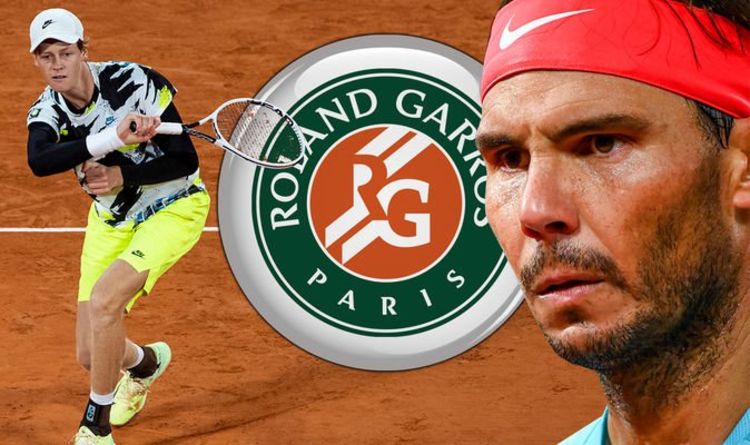 Rafael Nadal believes there were lucky elements to his victory over Jannik Sinner. The Spaniard made the semi-finals of the French Open with a 7-6, 6-4, 6-1 triumph over his Italian opponent. And he’s now daring to dream of glory at Ronald Garros once again.

Nadal has won a stunning 12 French Opens in 14 years, establishing himself as the best clay-court player ever in the process.

And, on Monday, he reached the semi-finals of the tournament with a straight sets win over Sinner.

Should Nadal win the French Open this year he’ll match Roger Federer’s record of 20 Grand Slams, with the Swiss star choosing to skip the competition.

Yet the 34-year-old feels he was fortunate to overcome Sinner given he was broken in the second set, saying after the match: “Sinner is a very, very young talent with a lot of power, great shots.

“For two sets it was tough, especially in the second set I was lucky to be back.

“The conditions were a little bit difficult, he was hitting every ball very hard and with this cold, my speed is not there. It was hard for me to put him out of position.

Sinner is currently ranked 75th in the standings but has become the first French Open debutant since Nadal himself to reach the last eight.

It’s clear the Italian has immense potential and he fared well at times, pushing his opponent in the opening set before eventually succumbing to defeat.

And he was hard on himself afterwards despite his fine achievement, saying: “I’m a person who looks not in the future and not in the past, always in the present.

“At the end you have to show everything.

“It’s just head down and try to improve, try to play hours after hours on court, which I need to do. We will see in 12 months where I am.”

Regarding Nadal, and Boris Becker has been impressed by the way he’s altered his game.

“In an example of how Rafael Nadal is always prepared to adapt his game, it looks like he has been flattening out his strokes in the early rounds,” Becker told the Daily Mail.

“Given the slow balls and conditions his usual heavy spin is not quite so effective, so he is hitting through the court more.

“Before the tournament he complained about the balls, yet he and the other two main contenders have just gone about their business once the matches got underway.”