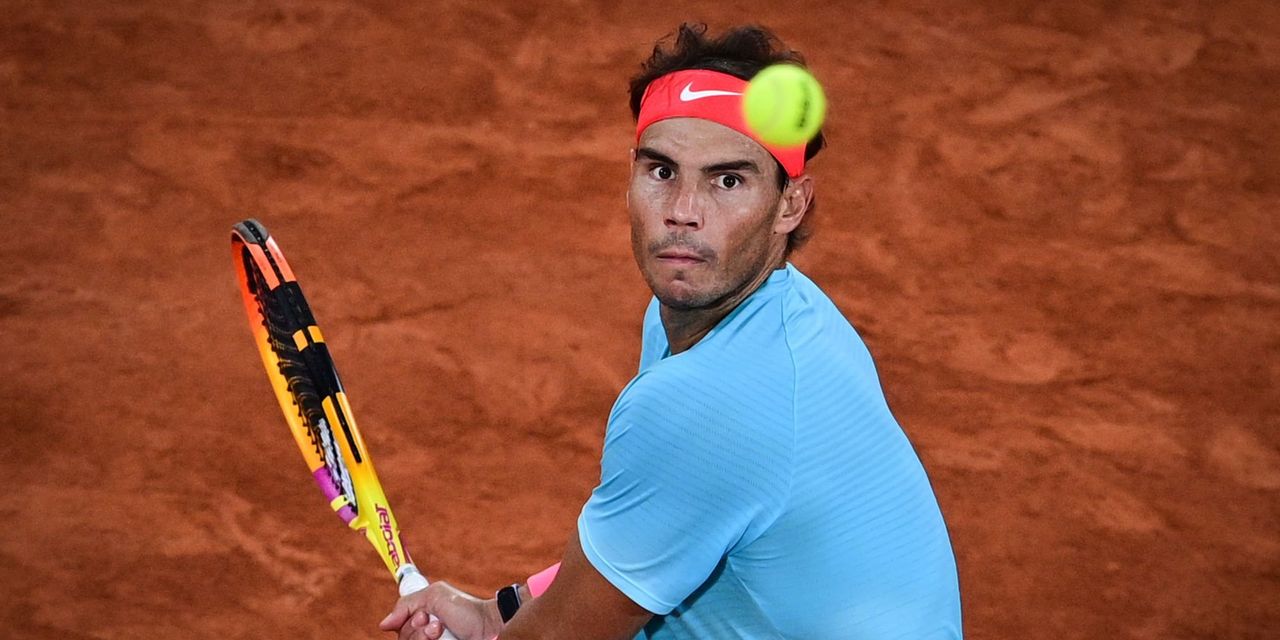 PARIS—Even in the wrong month, in the wrong weather, and in the midst of a global pandemic, the sports world briefly felt normal again on Sunday afternoon in Paris: Rafael Nadal won the French Open for the 13th time.

With a 6-0, 6-2, 7-5 demolition of world No. 1 Novak Djokovic, Nadal not only reminded the universe of his status as tennis’s greatest ever clay-court player—he also brought his Grand Slam tournament total to 20, tying Roger Federer for the men’s record.

“A very tough year, but winning here means everything to me now,” Nadal said. “I don’t think today about equaling Roger on this great number. For me, today is only about a Roland-Garros victory.”

The numbers around Nadal’s dominance in Paris at this point are more dizzying than French conjugation. He has now won a century of matches on the Roland-Garros courts over the past 15 years, and lost only twice. He didn’t drop so much as a set here for the fourth time. And with 13 victories in finals here, Nadal has now won the French Open five more times than any other man has won any Grand Slam tournament.

Since the first time he lifted the trophy on the Roland-Garros center court, as a sleeveless, punchy 19-year-old in Capri pants in 2005, he has transformed into an elder statesmen of tennis and one of the most recognizable athletes on Earth. His career prize money has swelled to over $ 120 million, his hair has started to thin, and yet the 34-year-old Nadal remains as untouchable as ever on the Parisian clay—even under the center court’s new roof for the first time this year.

Djokovic, too, was chasing history. He came into the final undefeated in completed matches this year, hoping to cap a deeply turbulent season with an 18th major title. But he ran into an unrelenting opponent, who took the first set 6-0 in just 46 minutes. Djokovic had never lost a set by that score in 27 previous Grand Slam final appearances.

By the end of the second set, Djokovic had racked up 30 unforced errors to Nadal’s six in the first two sets alone. It took until the middle of the third for him to stop wobbling before a crowd of under 1,000 people, who were now preparing for another coronation.

“I was definitely overplayed by a better player today on the court,” Djokovic said.

As familiar as the outcome was, the strangest part of the tournament was how much of it Nadal spent complaining that things felt off this year. A ferocious creature of habit, he was used to things being just so at Roland-Garros, the tony Paris tennis club that morphed into his backyard for two weeks every spring. Except this wasn’t spring, and Nadal wasn’t happy. The balls, made by a different manufacturer this year, felt too heavy, he said. The weather was too cold and damp. He finished one match here after 1 a.m., which threw him off his eating schedule. The tournament was called the French Open, but it wasn’t the Roland-Garros that he was used to.

“You have to suffer,” he said before Sunday’s match. “You can’t pretend to be in a final of Roland Garros without suffering. “

To Djokovic, all of this meant just one thing: Nadal was vulnerable. If the champion’s booming forehand lacked a little juice, Djokovic might step up and attack it harder. And if the conditions made it even a little harder to sprint off the mark and chase down short balls, then Djokovic was going to lean on his favorite weapon this October: a devastating drop shot, which he deployed more than a dozen times in the first set alone.

It soon became clear, however, that Djokovic was running out of ideas. He knew exactly what to expect from Nadal at Roland-Garros—opponents have more than a decade—and Nadal won here anyway. His 13th French Open title, it turns out, was the one certainty of sports in 2020.

Write to Joshua Robinson at joshua.robinson@wsj.com