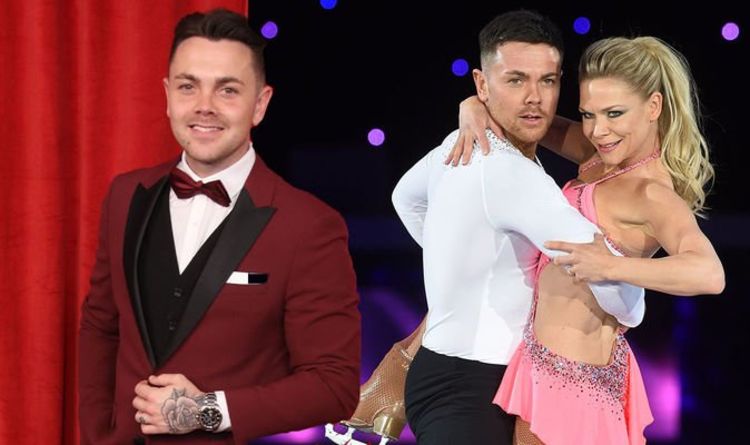 The source said: “Times are tough and no one can be snobby about work.

“Ray is a hard-grafting lad, and naturally loves being on the move, doing things and seeing people.

“He feared getting bored so applied for a job with Hermes and has been dropping off packages ever since.

“It’s kept him busy and he’s really popular — especially with fans who want a selfie,” they added to The Sun.

READ MORE:Fiona Bruce on reaction to reports ‘Hang on a minute!’

“That’s in their hands, but I would love to return,” he added.

Ray previously said his time on the soap was the “opportunity of a lifetime” as he featured in a hard-hitting storyline focused on far-right extremism.

“[For] the most part, it’s been positive and I’m really pleased to have been part of it,” Ray said of his contribution to the challenging storyline.

“Plus, getting cast for something that I wouldn’t usually have been considered for, after being in the West End and on reality TV, is an opportunity of a lifetime.

“Having the opportunity from [executive producer] Bryan Kirkwood to be cast in such a way is a chance to prove myself as an actor again.”

In 2019, Ray announced his engagement to girlfriend Emily Fletcher.

Ray has been dating dance teacher Emily since June 2016, however, the pair haven’t publicly announced a date for their nuptials just yet.

Before dating Emily, the soap actor was married to long-term love Emma Stephens.

The couple wed in the Caribbean before welcoming their son Harry shortly after.

BySuzy Forman Us Weekly has affiliate partnerships so we may receive compensation for some links to products and services. Please note: Information below is not intended...
Read more
Celebrity

ByJade Boren Melania Trump sounded surprised that Beyoncé was made the cover star of the Sept. 2018 issue of ‘Vogue’ and given ‘editorial input,’ according...
Read more