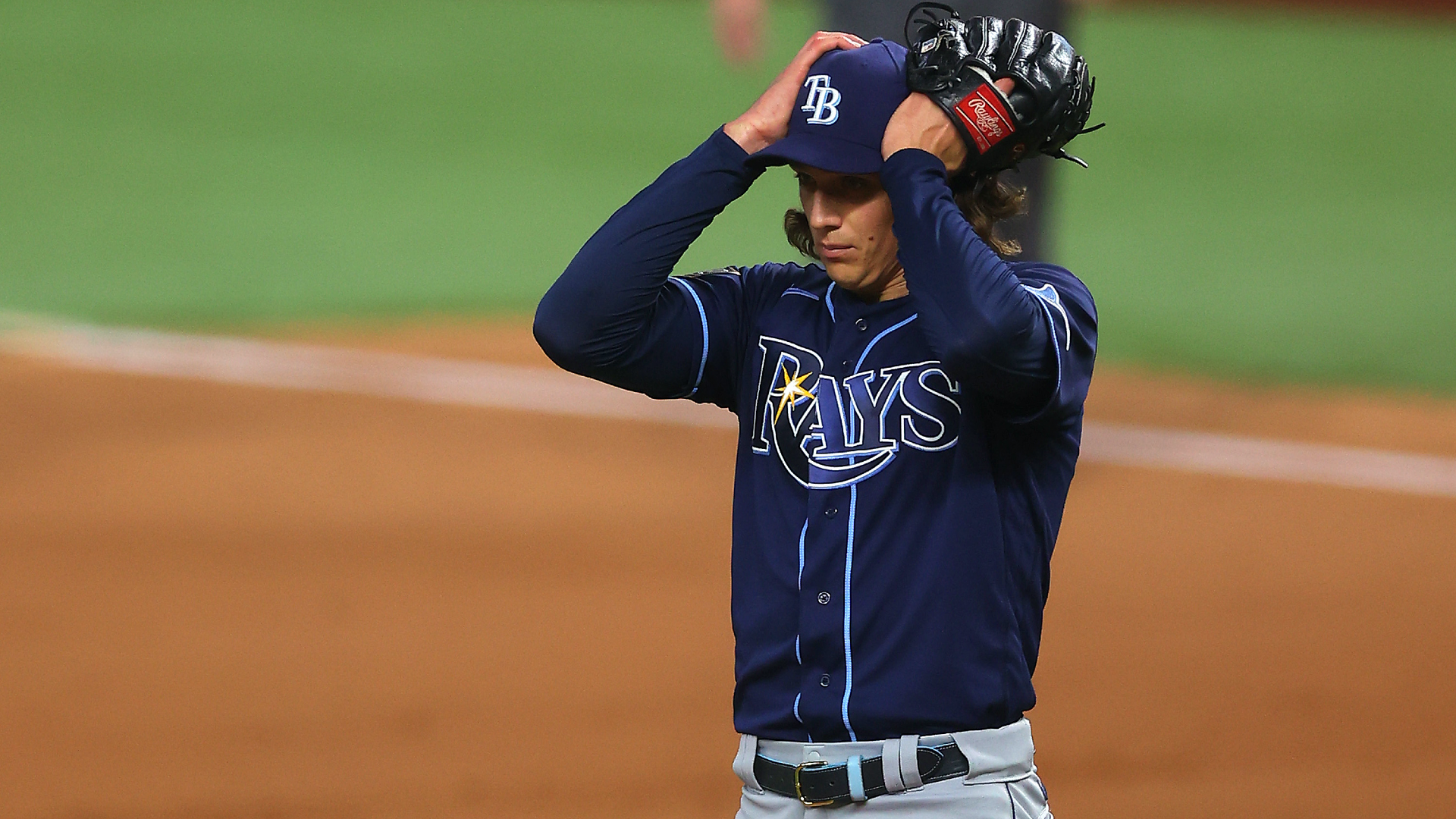 In Game 7 of the ALCS against the Astros, Rays manager Kevin Cash pulled a dominant Charlie Morton from his start at 66 pitches at his first sign of trouble. The unconventional approach confused some but paid off in a 4-2 win.

In Game 1 of the World Series against the Dodgers on Tuesday, the skipper took a different approach to right-handed starter Tyler Glasnow. It did not pay off.

Cash let Glasnow throw 112 pitches rather than lean on his bullpen as he has throughout his tenure. The decision backfired when Glasnow could not escape the fifth inning; the hurler allowed six runs in 4 1/3 innings. Tampa Bay trailed 6-1 by the time reliever Ryan Yarbrough finished the fifth frame.

“It felt like (Glasnow) was the best guy to get a strikeout with,” said Cash of leaving his starter in with two on and one out in the fifth.

MORE: An oral history of an epic swing-and-miss

Dodgers backstop Will Smith knocked Glasnow out of the game with an RBI single. Yarbrough then let both of his inherited runners score.

Criticizing playoff decisions is in some cases unfair, as poor results can come from the right choice.

What made Cash’s dependence on Glasnow strange was how it went against everything the Rays usually do. When the club isn’t using an opener, it tends to keep starters from facing an opposing batting order three times. Glasnow allowed three of the five batters he faced three times to reach base.

Glasnow entered Tuesday night having thrown at least 100 pitches only three times over the past three years — a span that included 34 starts.