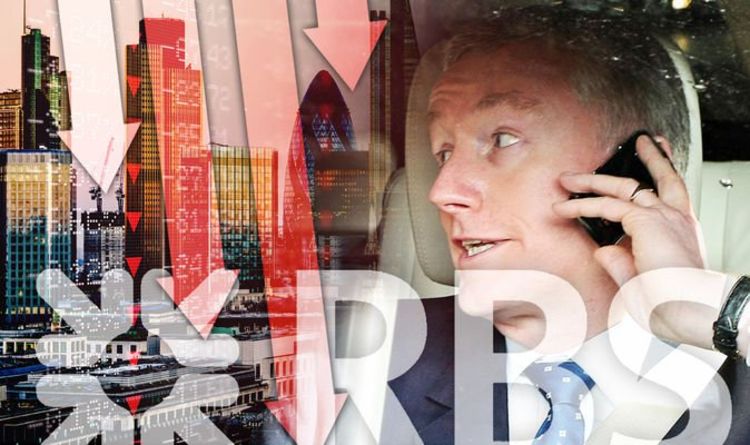 As the public fear another economic downturn is on the horizon due to the pandemic, general frustration with billionaires who are using the Government-funded furlough scheme is growing. A glance back at the last financial crash of 2008 reveals how some key figures are still benefiting from a huge amount of money despite the devastating effects of that particular recession. For instance, the Royal Bank of Scotland (RBS) lost 87 percent of its total value during 2008.

The most dramatic day for the company was October 7, when the then-CEO Fred Goodwin was giving a speech regarding the bank’s future opportunities.

The share price of RBS dropped by 35 percent during that one address.

The Chairman of RBS, Sir Tom McKillop, made an immediate call to the then Chancellor Alistair Darling.

He warned the Government that the bank would run out of money that very afternoon, so the Bank of England sent an emergency loan to RBS secretly, despite Mr Goodwin’s supposed resistance.

He knew such a bailout would bring his tenure there to an end. He gave in after a few hours of persuasion, and the Treasury made £20billion available for RBS.

Yet, according to Sean Farrell writing in The Guardian in September 2018, Mr Goodwin still receives an astonishing pension — even though the bank’s collapse exacerbated the financial crisis.

Mr Farrell wrote: “The Government spent £45billion rescuing RBS after Lehman’s bankruptcy and Goodwin became a symbol of all that was wrong in banking.

“In 2012 he was stripped of his knighthood and a stint as an adviser to a firm of architects came to an end less than a year after his appointment.

“Goodwin, however, kept his multimillion-pound bonuses from RBS and receives a £350,000-a-year pension from the bank.

“Aged 60, he continues to circulate among sections of Edinburgh’s elite.”

The public subsequently owned 84 percent of the bank.

Mr Darling later said that the most terrifying moment of the financial crash was when the Chairman of RBS told him they were hours away from running out of money.

Interviewed by Elizabeth Day for the Guardian back in 2012, the former Chancellor explained how he had asked the chairman: “How long can you last?”

Mr Darling commented: “I assumed it would be two or three days.