‘Real chance Brexit will NOT happen, we’re in deeply dangerous position’ – May biographer 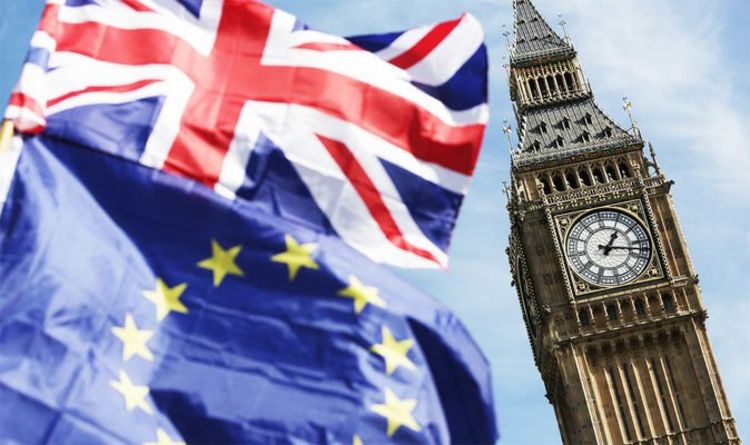 Over three years since the referendum, two deadlines missed and Brexit still hasn’t happened. And according to the author of a new biography of Theresa May’s time in No 10, there’s a “significant chance” it won’t happen at all.

On May’s premiership in Downing Street, Sir Anthony Seldon told Express.co.uk: “If no Brexit happens, and there’s a real chance there will be no Brexit, then she’ll be remembered as the person who blew Brexit.”

But if Boris Johnson has a deal and the Tories are ahead in the polls, why is the political historian so doubtful?

It all comes down to the very real possibility of Jeremy Corbyn entering No 10 on Friday the 13th.

Sir Anthony said: “There’s a significant chance, maybe 20% at the moment, that Corbyn will win.”

Had Boris Johnson been Prime Minister in 2016, the author believes Brexit could very well have happened by now.

He said: “I think the biggest criticism of Mrs May is that neither Farage or Boris were calling for a hard Brexit in the referendum –the remainers knew that they had lost and Brexit had to come.

“She could have had a pragmatic Brexit that would have got the support of the whole country, a majority of it.

“But she didn’t do that. She played her cards very close to her chest. She didn’t even consult her Chancellor, let alone other key members of her cabinet, her parliamentary party or parliament.”

“She thought she could do it by herself even though she knew very little about how the EU works. She turned her back on all of it and that’s a terrible indictment.

“Had Boris won, he would have powered it through, or even Gove.

“Getting out would have been a long way down the line, but we might have been out by now.”

May at 10 by Sir Anthony Seldon with Raymond Newell is out now.