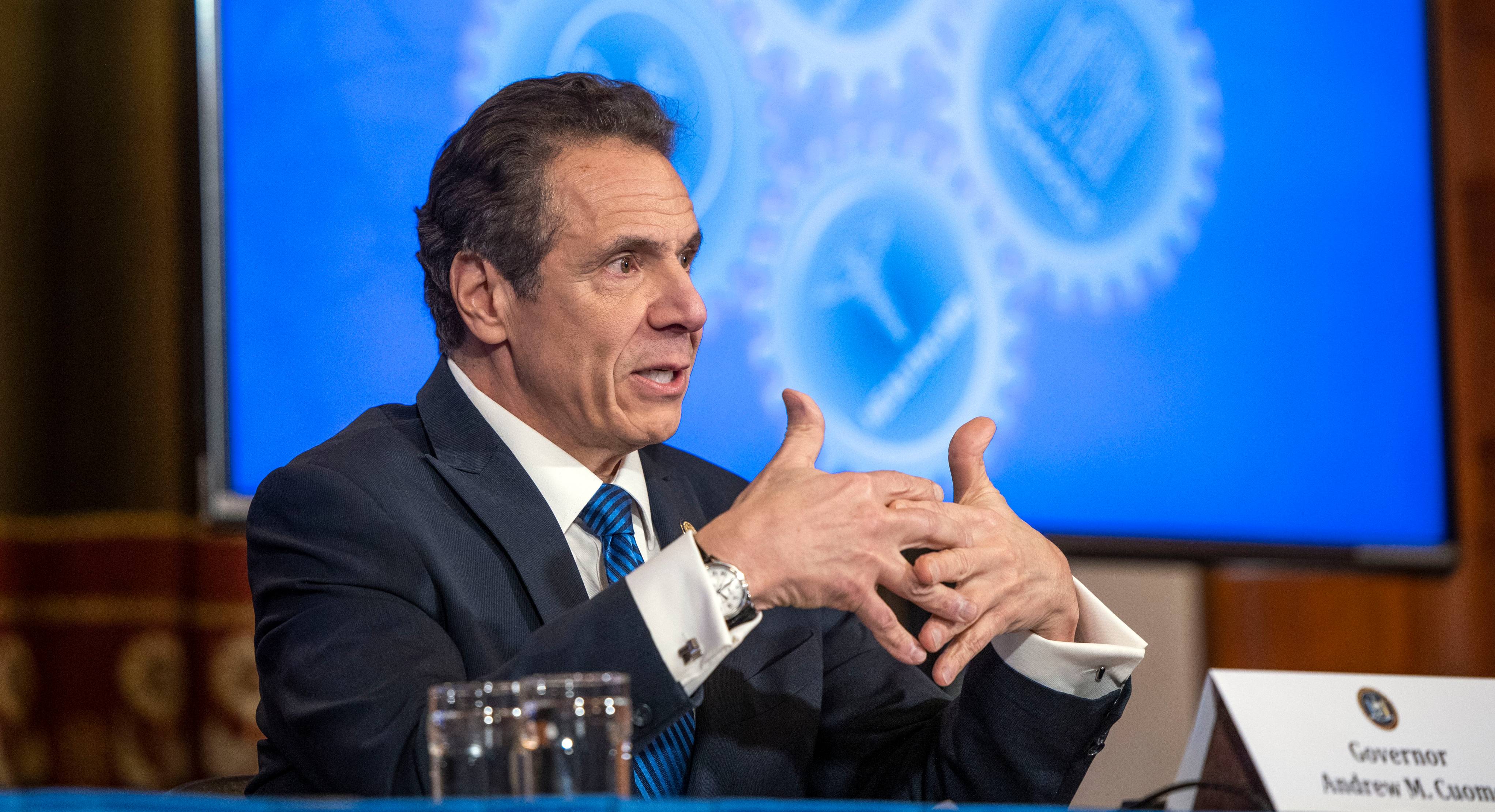 From New Jersey to California, governors facing massive budget gaps said they were flabbergasted by the Kentucky Republican‘s assertion that Congress should refuse aid to cities and states in the next stimulus.

The fiery remarks came a day after McConnell kicked up a firestorm by telling conservative radio host Hugh Hewitt that state and local governments should “use the bankruptcy route” rather than receive aid from the federal government that Democrats had unsuccessfully pursued in recent negotiations.

McConnell said he was reluctant to send a “blank check” to localities and worried about adding billions more to the national debt after Congress already agreed to spend nearly $ 3 trillion to combat the economic challenges of the Covid-19 pandemic.

The majority leader’s office also issued a statement referring to local government assistance as “blue state bailouts” — even though governors of both parties have lobbied for the funding and the Trump administration had remained open to a bailout.

On Thursday evening, however, President Donald Trump wouldn’t commit to supporting aid for states and cities, sharply shifting his tone on the issue during a press conference at the White House.

"Yeah, we’ll look into it, and I have been looking into it, I’ve been talking to a lot of the different senators, but I don’t want to talk about it now,” Trump said initially.

Pressed repeatedly by reporters about McConnell’s remarks, the president responded, "I’m open to ideas that are great for the people of this country."

"It’s interesting that the states that are in trouble happen to be blue,” he said, adding that New York and New Jersey were in trouble before the "plague“ arrived.

Earlier Thursday, McConnell’s bankruptcy idea left some elected officials bewildered. While cities can declare bankruptcy, states cannot under current federal law, and Congress is unlikely to change that standard — in part because of constitutional prohibitions.

Even some Republicans were fuming over McConnell‘s indifference to the growing fiscal crisis in state and cities, where layoffs and drastic cuts to public services are on the table.

“That’s complete nonsense,” Maryland Gov. Larry Hogan, the chairman of the National Governors Association, said during a virtual interview with POLITICO Playbook. “These are well-run states. There are just as many Republicans as Democrats that strongly support this.“

Rep. Pete King (R-N.Y.) tweeted that he thought the remarks were “shameful and indefensible” and called McConnell the “Marie Antoinette of the Senate.” King is retiring from the House after his current term expires.

The calls for aid from states and municipalities had been growing more dire by the week as the economic fallout from coronavirus-forced lockdowns combines with the costs of fighting the pandemic. While the last federal stimulus bill provided funding to help states with direct costs, to shore up public transit systems and meet other specific needs, none of it was intended to backfill local budgets.

Los Angeles has already dipped into its reserves, and is planning massive cuts to city services and salaries, with Mayor Eric Garcetti calling his upcoming budget “a document of pain.“ New York City is contending with a $ 7 billion budget gap. And New York state is in the hole some $ 15 billion. Cuomo predicts 20 percent cuts in state aid to schools and cities.

In New Jersey, where the state budget deadline was pushed back three months, Gov. Phil Murphy laid into McConnell on Thursday, saying that the revenue shortfalls his state faces because of its Covid-19 mitigation efforts apply to “many of our sister states, red and blue alike.”

“Senator, if you are watching, remember that you are from the party of Abraham Lincoln, of Theodore Roosevelt and Ronald Reagan; three American presidents who when faced with challenges found ways to meet those challenges, to be greater than the challenges, to rise up,” Murphy, a Democrat, said. “They did not get small. They got big in that moment, and that is the challenge, senator, to you and to all leaders in this country.”

Murphy has repeatedly said New Jersey will require federal block grants to stave off calamity, including “historic” layoffs for a huge swath of the state’s public workforce.

Guidance from the federal Treasury Department for CARES Act funding distributed to state and local governments has states in an even worse position, Murphy said. The guidance, issued on Thursday, specifically bars state and local governments from using the funds as a form of revenue replacement. Murphy said he’d received assurances that the funding would be flexible, but that “those assurances apparently were empty."

“Sadly, the message from Washington to our first responders and to our educators and to others on the frontlines is clear: As you work tirelessly to stop this pandemic, to keep people safe, our national leadership thinks you are not essential and that you should in fact fear for your jobs,” Murphy said.

Cuomo said congressional Democrats should have insisted on having aid for state and local governments in the most recent coronavirus stimulus bill, H.R. 266 (116). He has repeatedly lashed out at his fellow New Yorker, Senate Minority Leader Chuck Schumer, and the rest of the state’s delegation for, in his view, negotiating a series of relief packages that shortchanges New York, the epicenter of the coronavirus crisis with more than 250,000 confirmed cases and 15,000 deaths.

Schumer, who has been trying to secure $ 150 billion in state and local assistance in the latest stimulus bill, said this week that Republicans had agreed to grant flexibility for that unspent money from previous relief bills to be used for revenue shortfalls.

Meanwhile, in California Gov. Gavin Newsom highlighted the potential damage done to public employees. McConnell’s comments were focused in part on public pensions. The Democrat called the remarks “offensive“ and called on him to retract his statements "on behalf of tens of thousands of men and women in uniform, our police officers, our firefighters, our sheriffs, the folks, quite literally saving lives, people putting their lives on the line every single day."

Sam Sutton and Carla Marinucci contributed to this report.