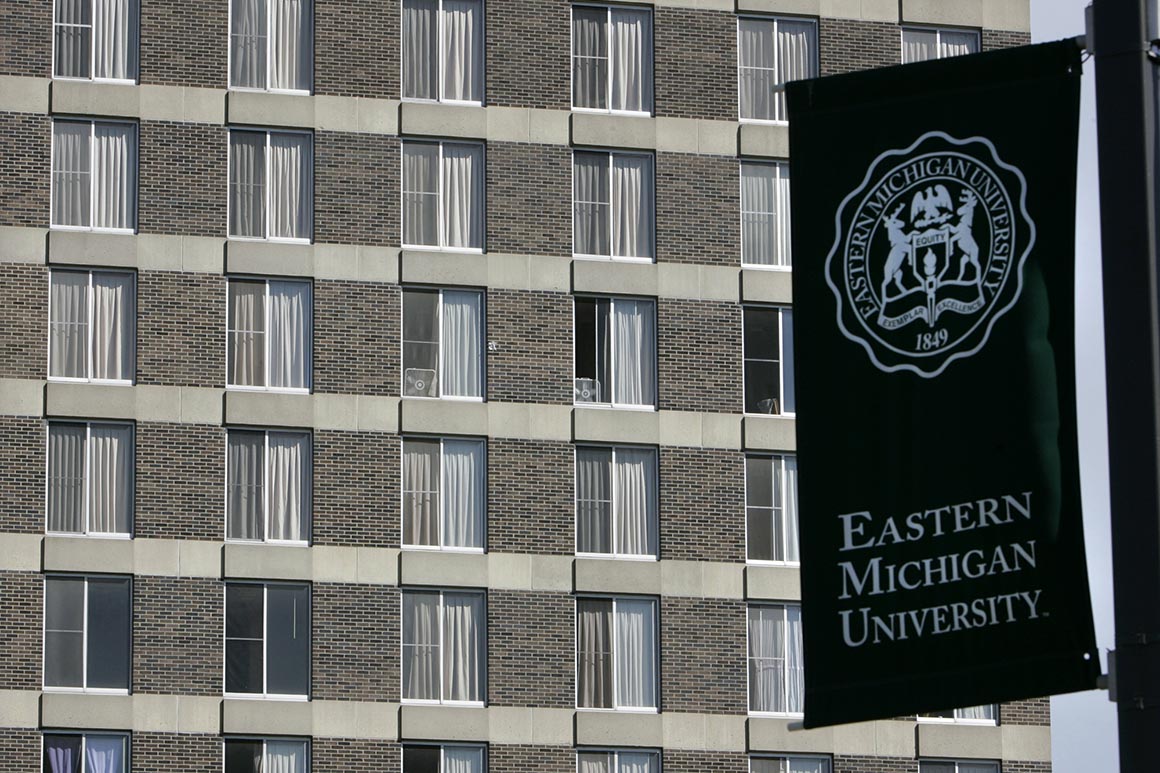 Congress set aside more than $ 6 billion in the CARES Act to help students as the coronavirus upended their plans, leaving some without food and housing. But Eastern Michigan University had another plan: Use some of federal funds to help market its summer classes.

The university is offering a federally funded rebate to students who sign up for online summer classes — including visitors who enroll from other universities — of $ 500 for one class and $ 1,000 for two or more courses. The school’s so-called EMU CARES Grant, which draws on $ 13.7 million of federal taxpayer funds that was set aside for the school, is credited to those who sign up for classes.

“Wondering what happens tomorrow? The answer is the future. Register today for #EMU Virtual Summer Courses! Undergrad and grad students receive an EMU CARES Grant — $ 500 for 3 credits, $ 1,000 for 6,” the university tweeted earlier this week. News about the EMU CARES Grants are prominently featured on its website.

The university’s use of the funds to attract summer students highlights the difficulty in dispensing with billions of dollars in federal recovery money in ways that provide immediate relief to needy beneficiaries. Leeway in the law, as well as Education Department guidelines, is allowing some providers to use the money in their own ways.

The EMU CARES Grants are helping students defray the costs of online education, Eastern Michigan University spokesperson Geoffrey Larcom said in an email. And the university will use other funds of its own in addition to the federal money for students to fund the grants, Larcom said.

“The disruption of campus operations means that any land-based summer semester class now must be staged online, with the associated technology, training and setup costs. Fees for online courses are included in those costs,” Larcom said.

While the CARES Act allows colleges and universities to use the $ 6 billion pool of student relief money on many different expenses incurred by students during the coronavirus outbreak, most lawmakers expected the funds to go to students’ basic needs. At nearby Ohio State University, for example, students are asked to list what their expenses are, with the school citing “food, housing, course materials, technology, health care and child care” as examples.

“This was designed to be emergency, immediate funding to students,” said Clare McCann, a former official at the U.S. Department of Education and deputy director at the think tank New America.

The situation at Eastern Michigan University, McCann said, is "also reflective of a broader desperation among colleges that are extremely worried about what their enrollment is going to look like, and how to ensure revenue is going to come in while operating classes online.”

Students at Eastern Michigan, a campus of more than 17,000 students in the largely working class factory town of Ypsilanti, told POLITICO they’re disheartened by the university’s approach. The EMU CARES Grant, they pointed out, is going to encourage students to sign up for summer courses they may not have taken otherwise, and to pay for online course fees that help the university bring in revenue.

“I feel like every time Eastern Michigan has helped or provided for students it’s really been for their bottom line,” said Amanda Bates, a graduate student for social work at Eastern Michigan University. “Really, the money is going back to Eastern Michigan, instead of them getting rid of these ridiculous fees.”

Bates — who had originally planned to take summer school classes this summer — had to drop one class because the $ 1,000 grant she received, while helpful, didn’t cover the unanticipated online course fees she had to pay, which can amount to hundreds of dollars.

Another student who contacted POLITICO on Twitter said she desperately needs the CARES Act funds for students while living with her family at home. The student said she has no plans to take summer courses, and won’t benefit from the federal grant.

“Summer classes are expensive,” the student wrote, “if I can’t afford a meal from McDonalds at this time how can I pay for a summer class?”

The university’s use of its CARES Act funds to draw in students for summer school is another example of how difficult it is for Congress to control the distribution of funds from the $ 2.2 trillion recovery act — which allocated funds for broad swaths of government and businesses, from small businesses to tribal governments to airlines.

The Education Department has been clear that the funding set aside for emergency financial aid to students must go to students in the form of cash grants. Colleges have to certify that the money “shall not be used for any purpose other than the direct payment of grants to students for their expenses related to the disruption of campus operations due to coronavirus, such as food, housing, course materials, technology, health care, and child-care.”

The Education Department has said that colleges can use their share of the money — not the money set aside for students — to provide scholarships to students so long as they cover “costs associated with significant changes to the delivery of instruction due to the coronavirus.” But if Eastern Michigan University uses some of the funds set aside for students for its tuition credit, it may violate advice from the education department, which has explicitly advised colleges that they can’t use the money meant for students to reimburse their own costs.

Asked for comment about Eastern Michigan University’s plans to use the stimulus money, an Education Department spokesperson noted that the money earmarked to students must be sent to students.

“Schools must disburse Emergency Financial Aid Grants directly to students,” the spokesperson, Angela Morabito, said in a statement to POLITICO. “Any school that uses those funds for other purposes is in violation of the CARES Act and the Department’s Certification and Agreement signed by the school.”

Education Secretary Betsy DeVos has encouraged universities to divvy up the funds on their campuses by taking into account their student’s socioeconomic circumstances.

The more than $ 12 billion pool of funds has become controversial regardless. Wealthy universities like Harvard, Princeton, Yale and Stanford earlier this month rejected their slice of stimulus funding amid growing backlash against schools with multibillion-dollar endowments taking taxpayer money. President Donald Trump and DeVos have urged wealthy universities to forfeit their funds.

Eastern Michigan University, where nearly half the students receive Pell Grants, is more likely than prestige schools like Harvard to face financial hardship in the coming months: Revenue is expected to decline from students dropping out, state budget cuts and other challenges as the economy shrinks due to the coronavirus.

But Eastern Michigan University and other schools need to devote the money to students who need it most, McCann said.

“You have students facing these massive fluctuations in their personal finances,” said McCann. “Requiring them to pay more money for tuition, in order to have access to emergency money — it’s not a good look.”