Red squirrels to thrive again in Britain as new plan... 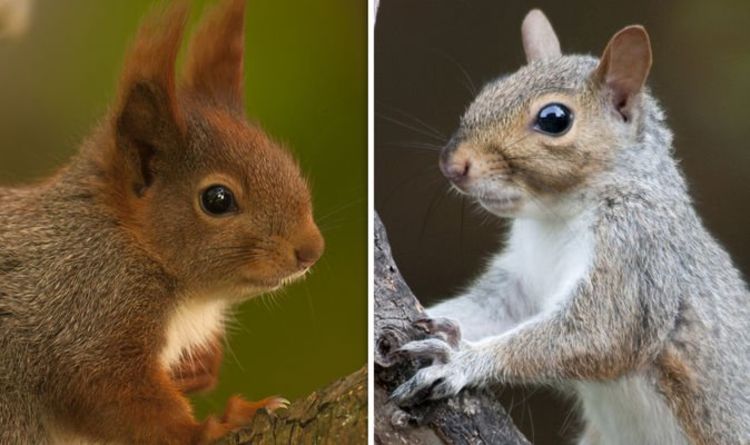 The 150 year reign of the grey squirrel could come to a halt from DNA editing to ensure all future females are born infertile. Researchers at the Roslin Institute want to create gene-edited squirrels for eventual release into the wild. The genetics laboratory is renowned for its 1996 creation of Dolly the Sheep, the world’s first mammal cloned from an adult cell.

Male grey squirrels would be altered to contain a “gene drive” designed to spread relentlessly through the population.

This gene would make females that inherited it sterile, while males would be unaffected to allow them to keep spreading it to ensure the population eventually dies out.

One aim of the project is to save red squirrels, which are native to the UK.

Red Squirrels now only survive in isolated strongholds including Anglesey, the Isle of Wight and in remote forests in northern England and parts of Scotland.

The approach could also help rid Britain of invasive pests such as mink, ring-necked parakeets and muntjac deer.

Bruce Whitelaw, professor of animal biotechnology at the institute, said in a journal: “A potential application of gene drives is to control invasive vertebrate pests, such as cane toads and rabbits in Australia, grey squirrels in the UK, possums in New Zealand and rodents around the globe.”

He, alongside co-author Gus McFarlane, asked a team of genome engineers, population modellers, ecologists, ethicists and conservation experts to design gene drives as a “potential tool” to eradicate grey squirrels.

JUST IN: Vegans could legally fight to demand £5 notes be changed after ruling

As well as spreading diseases, the beasts prey on songbird nests and strip bark from trees such as oak and beech, stopping them growing.

The population of almost 3million dwarfs the 140,000 remaining red squirrels.

Forestry Commission chairman Sir Harry Studholme told The Times: “I am aware of this project and welcome it, although it’s early days.

“We want to regrow England’s broadleaf forests with oak and other species, but we can’t do it while these animals are around.”

The European Squirrel Initiative, a charity that promotes research into conserving red squirrels, is part-funding the Roslin project.

Spokesman Andrew Kednall said: “The aim would be to create a few thousand gene-edited greys and then release them so the gene spreads, slowly wiping the species out in the UK. We want to reverse the invasion.