Reflection On A 4th That seems Far from glorious 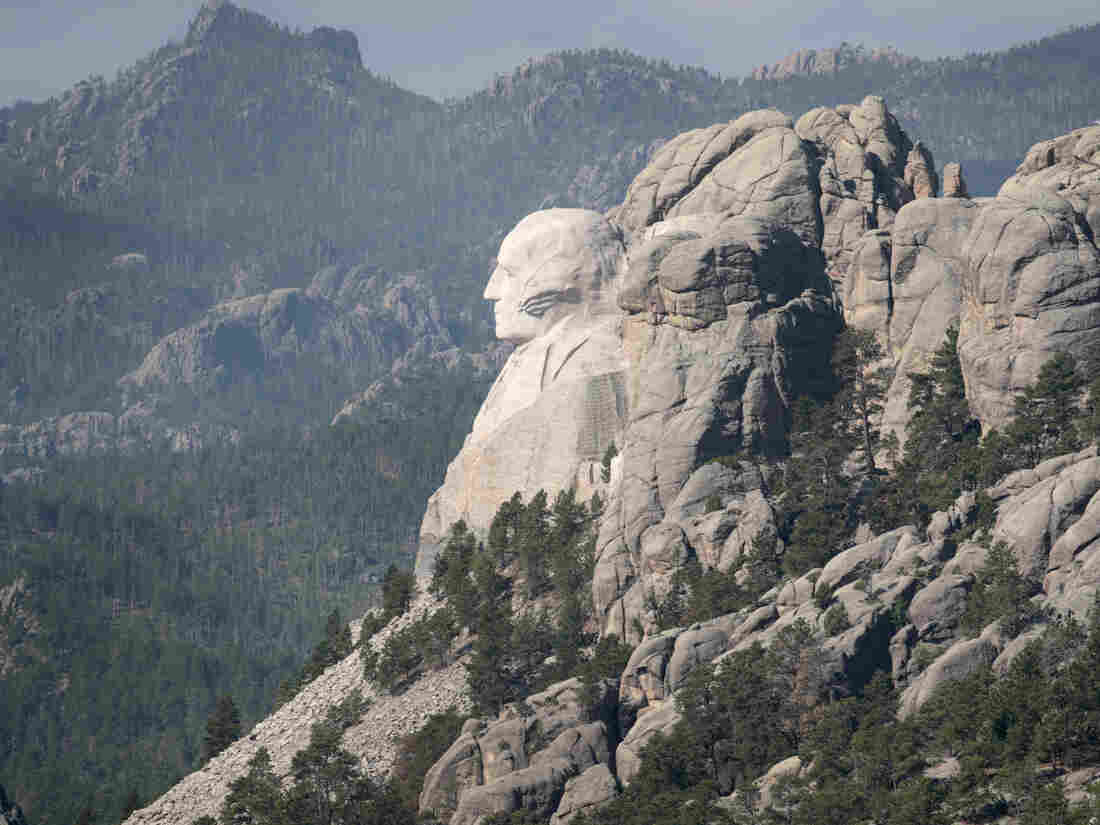 The bust of President George Washington looks out over the Black Hills at Mount Rushmore National Monument. President Trump is expected to visit the monument and make remarks before the start of a fireworks display on Friday. Scott Olson/Getty Images hide caption 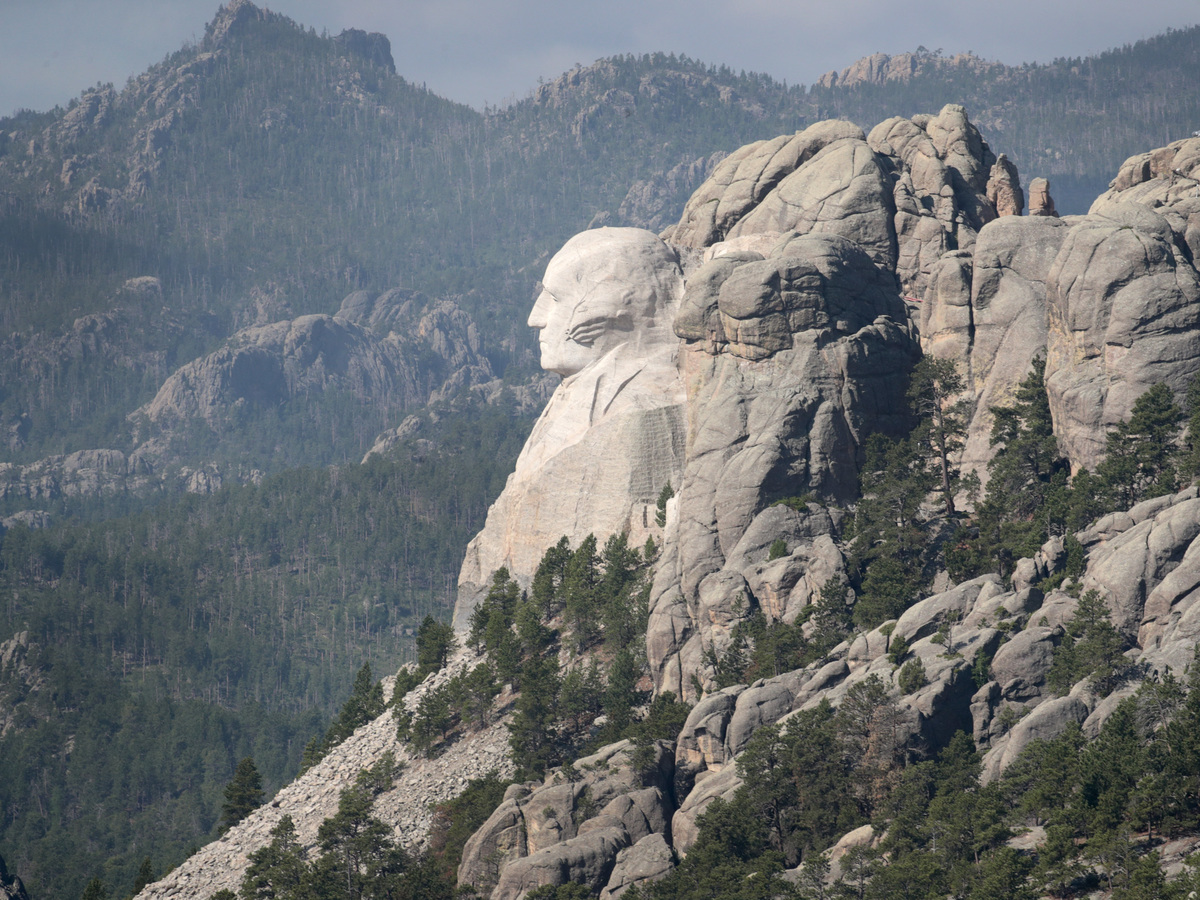 The bust of President George Washington looks out over the Black Hills at Mount Rushmore National Monument. President Trump is expected to visit the monument and make remarks before the start of a fireworks display on Friday.

People once wished each other well on Independence Day by saying: “Have a glorious Fourth!”

A bit antique, perhaps, in the best of times, but a phrase you still heard. Until now.

Can you imagine well-wishers offering that sentiment this weekend, without a trace of irony or a wistful look?

Not likely, not in the summer of 2020, the summer of resurgent COVID-19 cases, of restaurants and beaches that had reopened only to close again – of workers recently returned to work who have been laid off again.

Not likely for those out of work or fearing the loss of work. Just in time for our national birthday, the U.S. set a new record for new cases of the virus in a single day with more than 50,000. (Thursday’s jobs report had some good news, but economists warned the back-to-work trend of early June had already been reversed.)

Not likely in the many states where new infection rates are the highest the virus was first named. Nor in places where “hot spots” have turned into overcrowded hospitals and morgues.

Nor is celebration likely in the cities where racial unrest has continued since the killing of George Floyd on May 25. More than on any other Fourth in memory, African Americans are asking the question Frederick Douglass made famous when he asked it in 1852 – “Independence for whom?”

This summer, that question hangs in the air like the aftertaste of tear gas.

People of color are not alone in wondering when things will be better. Five different national polls released this week found on average that 70% of Americans thought the country was on the wrong track.

Can we call it the Fourth and hear the heartbeat of summer when celebration seems so out of sync with the rest of our lives?

Not likely while we wonder whether fireworks can be seen from quarantine, or whether picnics with friends and family are safe.

Not likely when we still await the return of American summers’ soundtrack, the rhythm and pop of baseball on the field and in the broadcast air. Major League Baseball has yet to resume, and the minor leagues, the field of dreams for more than 250 teams, have been cancelled for the year for the first time since they began in 1901.

So yes, we do need a holiday just now. Whether we are working at work or from home, we need some kind of break. And it would be all the more welcome if it were not just a moment of leisure but an occasion for unity, healing and hope.

The Centers for Disease Control has urged social distancing and the avoidance of crowds even outdoors. The rush to bars and beaches in May and June is held responsible for revitalizing the virus, which spread the most where reopening went the fastest and furthest.

However, in Washington on the National Mall, there will be waves of military aircraft flyovers and a fireworks show organized by the White House. The National Park Service says this will be “the largest ever” and there will be 300,000 masks available. But the city’s mayor has discouraged people gathering in crowds and many other communities around the country will forego their traditional observances in deference to the pandemic.

So where do we look for inspiration at this moment?

Some may turn to South Dakota, where a major fireworks display will light up Mount Rushmore. President Trump will attend. There will be masks available (this week the president said “I’m all for masks”) but not required. Social distancing will not be the order of the day.

Perhaps the president will use this occasion to address the nation with a message appropriate to the moment. He has backed off his boosterism for reopening businesses, although on Thursday he seized on the jobs report to insist the gloom is passing faster than we think.

Persistent emphasis on the positive has been the president’s lodestar throughout his life. It has served him well, but in the current crisis it has become a handicap. It has not helped that through this past month he has used his formidable communications skills and matchless access to the media not to unite but to highlight his differences with critics and protesters he calls traitors and terrorists.

Far from seeking common ground, the president flaunts his attachment to the myths and heroes of the old Confederacy. He even said this week he would veto the annual legislation authorizing the Department of Defense if it changed the names of current military bases that still honor rebel generals from the 1860s.

That threat came in the same week when Richmond’s mayor ordered the removal of Confederate statues in the capital of the Confederacy and Mississippi’s legislature and governor retired the last state flag to bear the rebel battle emblem known as the Star and Bars.

While only gestures, what happened in Richmond and Jackson revealed an openness to change suddenly visible in many parts of the country, born of tragedy but of hope as well. This is a moment when a national vision, a message of unity and uplift, might have profound effect.

Or, at a minimum, do some good.

What the moment really calls for is a great speech from the only leader who can address the nation with a chance of being heard. A speech that looks back to the legacy the Fourth represents, and forward to a future of unity and healing. 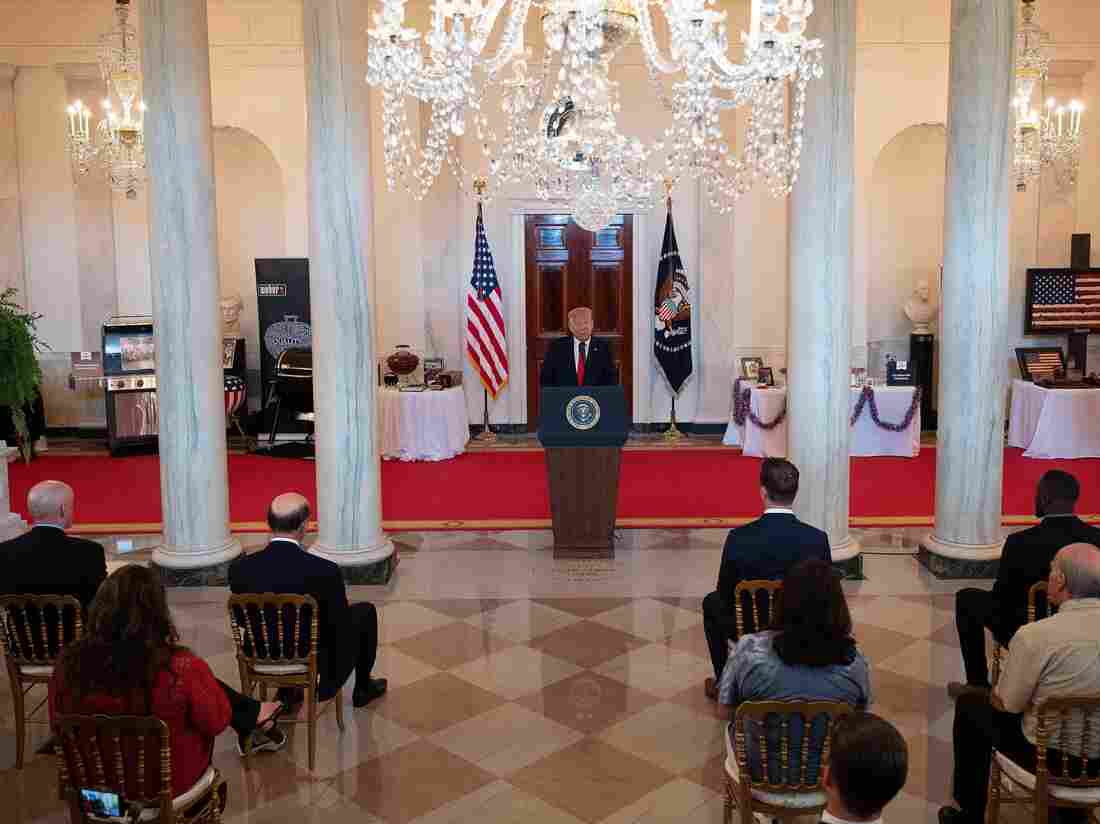 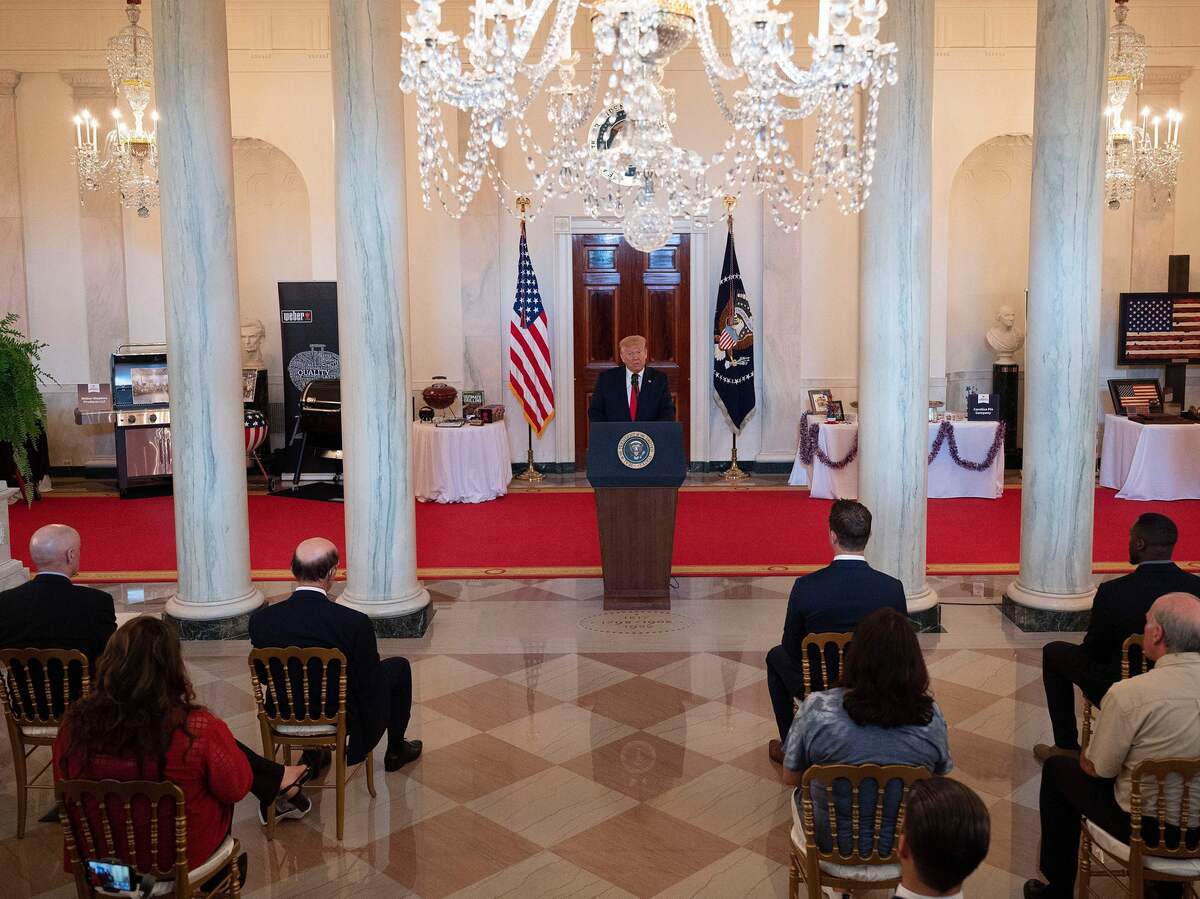 President Trump speaks at a Spirit of America showcase event to spotlight small businesses at the White House Thursday.

But this week, far from focusing on inspiration, the White House is consumed with damage control. The president’s strategy of blowing past the pandemic has backfired and confidence in the swift return to boom times has faded. Suddenly, all eyes are on Russia again, with reports it has paid bounties for the killing of Americans. Trump calls it all another “hoax,” and in Moscow this week Vladimir Putin got an official green light to stay in office until 2036.

Many Americans would prefer not to look to government at all, out of lifelong distrust or a rising sense that representative democracy has rusted into dysfunction. We can blame Washington, of course, as always. And with reason. But in the midst of our multiple crises there has been plenty of gridlock to go around in the state capitals as well.

In this moment, we look to ourselves, and to our families, and perhaps to a wider circle of those we trust for that inspiration.

And if we have a moment, we might also recall the era that gave rise to this holiday. We might consider that our own times, like theirs, are “times that try men’s souls.” As Thomas Paine wrote not long after the Declaration of Independence, in the very first war fought to defend it, “he who stands it now deserves the love and thanks of man and woman.”