Regular sleep could lower the risk of heart disease 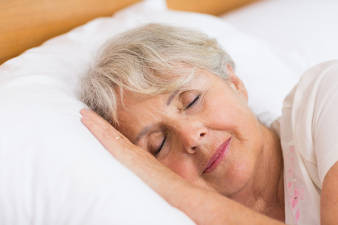 NEW US research has found that older adults who don’t set regular bedtimes and wake-up times could have a higher risk of cardiovascular disease than those with more regular sleep patterns.

Carried out by researchers from Brigham and Women’s Hospital and Harvard Medical School, the new study looked at 1,992 men and women aged 45 to 84 years old, who were all free of cardiovascular disease (CVD) at the start of the study.

To track their sleep and wake periods, the participants were asked to wear actigraph devices on their wrists for seven consecutive days, including weekends, as well as complete a comprehensive sleep test and questionnaire.

The participants were then followed for around five years.

The findings, published online in the Journal of the American College of Cardiology, showed that the participants with the most irregular sleep duration – meaning they got a different amount of sleep each night – or irregular timing – meaning they had no regular bedtime and wake-up times–had more than double the risk of experiencing a CVD event during the five-year follow-up period compared to those with the most regular sleep patterns.

The results also held true even after the researchers had taken into account factors known to influence the risk of CVD and sleep, such as obstructive sleep apnea.

Another finding to come out of the study is that irregular sleep patterns appeared to be more strongly linked with CVD among racial/ethnic minority populations, particularly African Americans, than among whites.

The researchers say the finding is in line with other recent studies, although their study did not back up those which also found that women are more likely than men to be affected by irregular sleep.

“We hope that our study will help raise awareness about the potential importance of a regular sleep pattern in improving heart health. It is a new frontier in sleep medicine,“ said lead study author Tianyi Huang, ScD.

“Research has linked irregular sleep schedules to a constellation of disease-causing abnormalities in body function, including changes in blood sugar and inflammation,“ said Michael Twery, PhD.

“This study is important because it is among the largest of its kind, and it specifically associates these irregular sleep patterns with an increased risk for cardiovascular disease.”

The researchers added that although it is still not clear why sleep influences CVD risk, the findings do suggest that keeping regular sleep patterns could help prevent heart disease, just like other heart-healthy habits such as following a healthy diet and getting enough exercise.- AFP