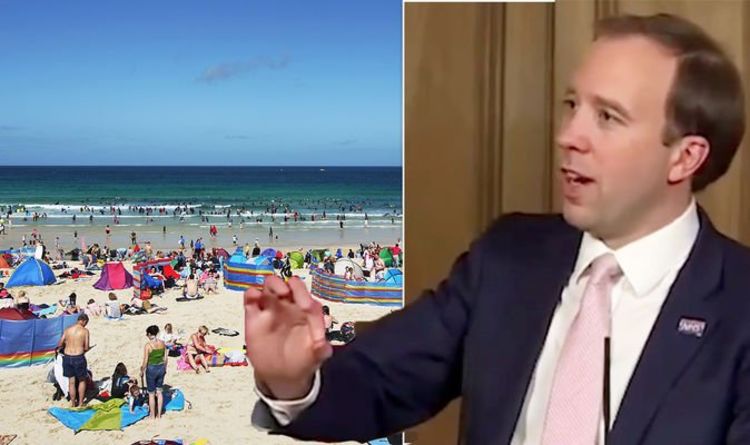 If the caravan is not cleaned to the standard the caravan park has set out, guests have two options.

Campsites will also implement new measures for guests who are visiting with tents.

These include marking out specific areas where they can set up camp.

Ros Pritchard, director-general of the British Holiday & Home Parks Association (BH&HPA) explains: “You have to have this two metres of distance so we came up with the idea that you just leave two metres un-mown because that gives the visual indication of space that some people can’t imagine.

“We’ve already done wildlife corridors on the margins and through our parks so it’s just extending these to two metres.”

However, while domestic holidays are in sight, it remains unclear when foreign travel might resume.

The UK Foreign and Commonwealth Office (FCO) continues to advise against all nonessential travel, and though it says measures are “under constant review”, offers no end date for the restrictions.

“Air bridges” are currently being negotiated by the government with countries that are deemed advantageous to the UK economy.