Reopen the Canada-U.S. border? Canadians say sorry, but no thanks 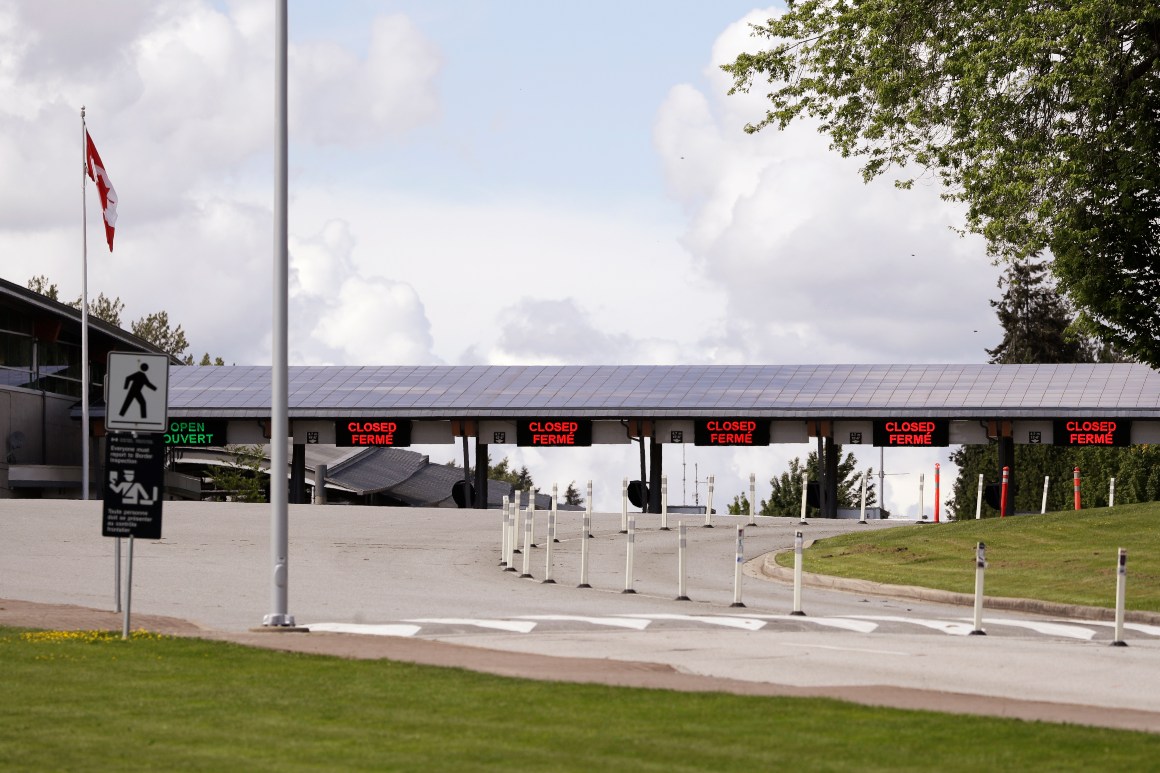 Cross-border experts are frantically working on principles the two countries could use to guide future border management decisions until viable treatments or vaccines for the virus come to market. They say border communities face economic ruin from a prolonged closure to personal and certain business travel during what has become the biggest border disruption since the Sept. 11, 2001, terrorist attacks.

“To have the border closed indefinitely is devastating to both economies,” said Maryscott Greenwood, a former U.S. diplomat in Ottawa who leads the Canadian-American Business Council.

Citizens of one country who own property in the other have been barred from checking on their homes. Border towns accustomed to welcoming cross-border visitors to their restaurants and stores have seen pronounced declines in business since mid-March.

The bipartisan co-chairs of the U.S. House’s Northern Border Caucus wrote a letter earlier this month to the top officials of each country’s border agencies urging them to “immediately craft a comprehensive framework for phased reopening of the border based on objective metrics and accounting for the varied circumstances across border regions.”

The 29 lawmakers — led by New York Reps. Brian Higgins, a Democrat, and Elise Stefanik, a Republican — also asked the Department of Homeland Security and the Canada Border Services Agency to consider easing restrictions in the interim for family members and property owners.

DHS spokesperson Alexei Woltornist said the department is in close contact with Canada and with Mexico, where similar restrictions are also in place, but has “no changes to announce” right now.

“We will review potential categories for expansion as public health conditions permit,” he said.

A CBSA spokesperson declined to comment on the discussions.

Canadians — and some of their most prominent political leaders — are staunchly opposed to hosting American visitors while the U.S. breaks records on confirmed Covid-19 infections on a daily basis. Ontario Premier Doug Ford warned weeks ago against reopening the border, and British Columbia health authorities have released data showing that a large share of the virus strains identified there originated in Washington state.

Polling released last week by Abacus Data shows that 89 percent of Canadians want to see the border stay closed longer. Still, some Canadians have taken advantage of a loophole that allows them to fly to the U.S. largely unimpeded, though they must quarantine for two weeks upon returning to Canada. So many Canadians visited loved ones at a park at the B.C.-Washington border that the province shut down its side of the space.

Cross-border experts are developing proposals for Ottawa and Washington that acknowledge the new normal while allowing for some resumption of personal travel.

The Future Borders Coalition, which is comprised of binational transportation and business groups and logistics companies, is studying how to implement a “health preclearance” program within the U.S. and Canada to minimize the risk of airline passengers spreading and catching the novel virus.

Since the operational area of terminals has shrunk amid cratered demand, airports could create a “biosafe zone” and conduct rapid Covid tests for arriving passengers, said Gerry Bruno, vice president of federal government affairs at the Vancouver Airport Authority and the coalition’s executive director.

If everyone entering secure zones is negative for the virus, he said, airport shops and restaurants could operate normally, and airlines would know their planes are Covid-free. The goal is to get a pilot program up and running in the next six to eight months in three or four American and Canadian airports.

“This is something to keep us going and not have to be locked up, if you will, for the next couple of years, if that’s how long it takes,” Bruno said.

But for the plan to work, Covid test accuracy has to improve and governments must be willing to fund the project, its advocates say. Just as 9/11 reshaped travel to emphasize security, they argue, the pandemic will likely require public health to assume a larger focus of the traveling experience.

“If we figure out ways to successfully incorporate public health concerns with security and efficiency, there’s no reason why we wouldn’t maintain that type of screening,” said Laurie Trautman, director of Western Washington University’s Border Policy Research Institute.

Another issue is figuring out who within the countries’ border security systems would test travelers as they enter airports. “Nobody wants to own this,” said Matt Morrison, executive director of the Pacific Northwest Economic Region, a public-private nonprofit focused on economic development in the area.

As the crossing restrictions continue into mid-summer, border communities are seeing their economic effects.

A ferry service between Seattle and Victoria, B.C., announced Friday it’s extending the suspension of operations through April 2021, citing the ongoing restrictions and Canada’s mandatory 14-day quarantine period for travelers arriving from abroad.

“The loss of any summer operations makes year-round operations for [the Victoria] Clipper in 2020 unrealistic,” the company said.

Mike Cuffe, a Republican state senator in Montana, said businesses near his home in Lincoln County, which borders the British Columbia Interior, are struggling as Canadians who typically travel there for tourism can’t visit. An August car show and a September chainsaw carving contest are typically big draws.

“We’re very close to the point where I can start keeping a tally of how many people tell me they’re going to go bankrupt within a month,” he said.