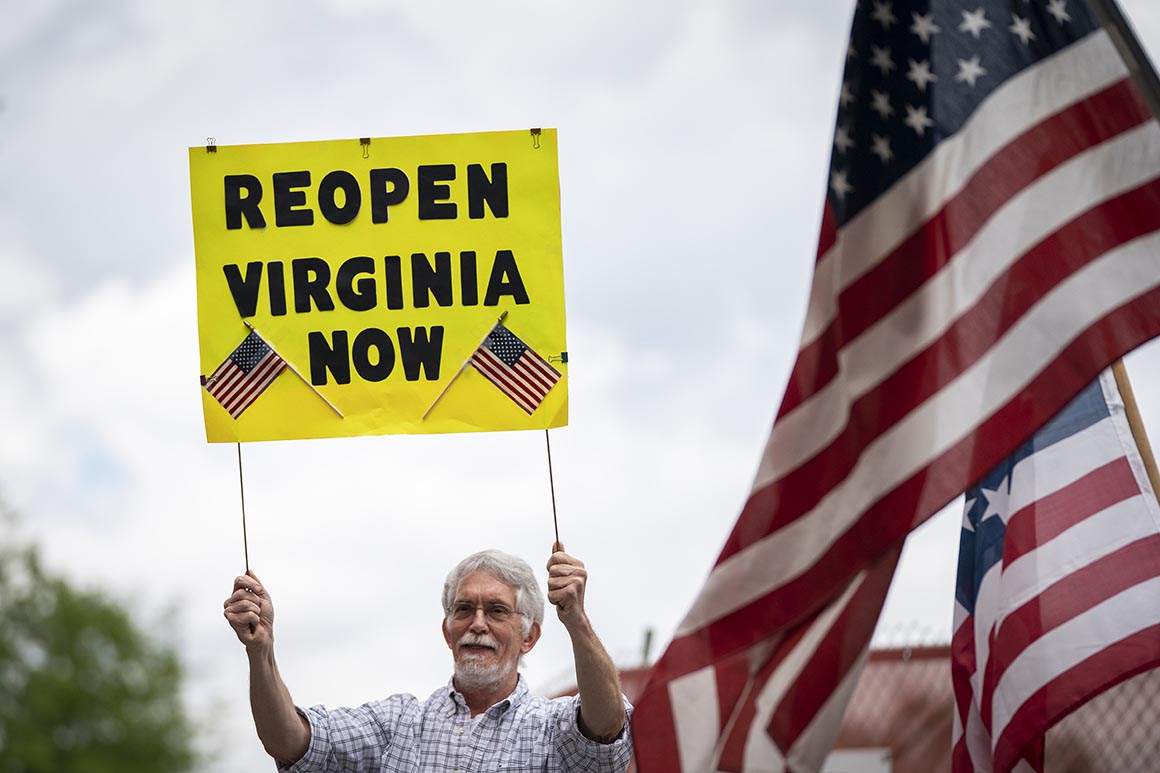 But it also risks putting Trump and the GOP out of step with the majority of voters on the most urgent issue facing the country just months before the presidential election. Fifty-six percent of voters overall say they’re more concerned about public health than the economy, though that is a drop of 8 percentage points from April 10 to 12, when they were first asked.

“As Congress reconvenes, a sharp political divide continues, as Republicans are increasingly more concerned with the pandemic’s economic impact, though a plurality of voters feel the country is reopening too quickly,” said Tyler Sinclair, vice president at Morning Consult.

While the federal government has begun to pivot toward reopening, some states — mostly controlled by Republican governors like Georgia’s Brian Kemp and Texas’ Greg Abbott — have been more aggressive. In both states, for example, residents can currently visit barber shops and restaurants, though with some restrictions on crowds and physical distance.

But the partisan split is vast and colors public opinion on the virus and the government response: Democrats say they are more worried about public health, 72 percent to 16 percent, but Republicans are more concerned about the economy, 55 percent to 38 percent.

Independents are more worried about public health by a 20-point margin, 54 percent to 34 percent.

Seven-in-10 voters in the new survey, 70 percent, say Americans should continue social and physical distancing measures “as long as is needed to curb the spread of the coronavirus, even if it means continued damage to the economy” — including 82 percent of Democrats, 56 percent of Republicans and 70 percent of independents.

By comparison, only 17 percent say those social distancing measures should end “to stimulate the economy, even if it means increasing the spread of the coronavirus,” though that includes a third of Republicans, 33 percent.

In the new poll, a slim majority of voters, 51 percent, say the country as a whole is reopening too quickly. Just 15 percent say it’s going too slowly, while 25 percent say it’s going at about the right speed. Majorities of Democrats (68 percent) and independents (53 percent) say the country is reopening too fast, but only 31 percent of Republicans agree.