Republicans' big bet on the economy 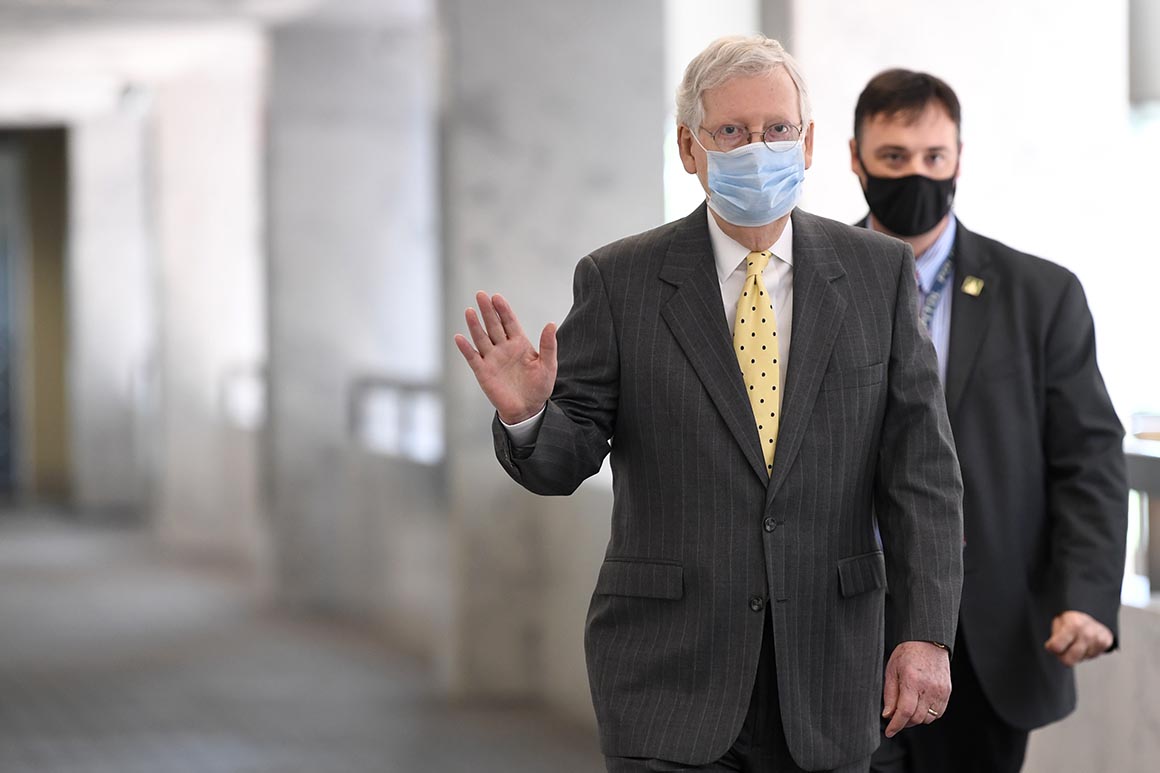 “I think conditions are definitely going to improve. We’ve seen the virus take down the best economy in the world, but it looks like it’s pretty resilient and starting to come back,” said Sen. John Cornyn (R-Texas), one of McConnell’s deputies. Last week’s jobs report “surprised everybody. I’m beginning not to trust the ‘experts,’ the people who make all these predictions.”

The economic surprise was also viewed as a sign of hope for the GOP’s Senate prospects. The Republican battle to defend its majority was looking increasingly perilous amid more than 100,000 coronavirus deaths and Trump’s hard-line response to the nationwide protests after George Floyd’s death by police in Minneapolis.

“Most people are economic voters,” said Senate Majority Whip John Thune (R-S.D.). “If people are thinking about their pocketbooks and voting on the economy, it bodes well for Republicans.”

While economists feared unemployment could hit 20 percent last week, instead it dropped more than a full percentage point to 13.3 percent.

Still, that’s the highest it’s been in 80 years, since the Great Depression — and if unemployment is still in double digits come November, that could be hard for Republicans to sell to voters. On Monday, the National Bureau of Economic Research confirmed that the economy has formally entered a recession.

“I fear that the recent bump in the employment number, caused in large part because of the stimulus money we pumped into the economy, will create in Republicans a sense of complacency and the economy will get even worse,” Schumer said.

That would be an unmitigated disaster for McConnell, who is running for reelection and trying to keep his majority in difficult conditions. And not all of his members are comfortable staying in a holding pattern: Gardner threatened to stop the last recess over lack of action on coronavirus relief legislation. Sen. Susan Collins (R-Maine) said she agreed with his stance. Both are running for reelection in blue territory.

But Gardner backed down after McConnell committed to modifying a popular small business program, which passed last week, and considering the public lands bill. After that bill, which would fund conservation programs and address national parks’ maintenance backlogs, advanced over a filibuster on Monday evening, Gardner called it the “first step in what will be other steps to get our communities back to work.” He declined to address the schedule of the next big spending package.

White House economic adviser Larry Kudlow last week said there might be “more pleasant surprises” in upcoming economic reports and suggested talks on Capitol Hill wouldn’t pick up until July at the earliest. Expanded unemployment benefits, which provide $ 600 weekly in additional assistance, expire at the end of July. That sets up a true congressional cliff, which Republicans might decide not to go over if the economy is still in rough shape a month from now.

The broad parameters for a new bill would likely include money for states, some form of unemployment aid and more money for health care. White House press secretary Kayleigh McEnany said on Monday that Trump is “open” to another bill and said Trump still wants a payroll tax cut, which many Republicans do not support.

Others want to do much more.

“The jobs report was great,” said Sen. Josh Hawley (R-Mo.), who is pushing a proposal to subsidize businesses to expand their payroll and has talked with Democrats about it. “Now, what I’d like to see us do is take action that will get more people their jobs back, including those who are in the permanent unemployed category.”