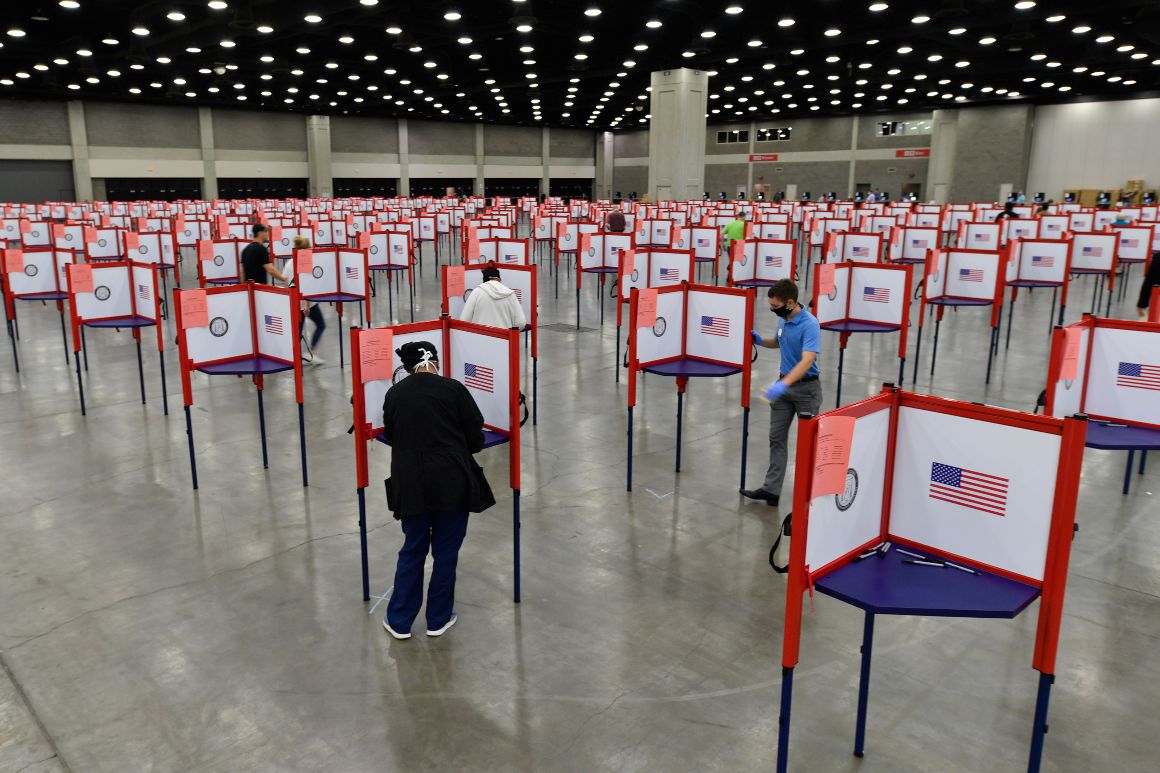 In bipartisan public reports, the Senate Intelligence Committee has emphasized that American officials, including the president, should not seek to undermine faith in U.S. elections, arguing that such statements aid malign efforts by foreign countries to meddle in campaigns.

“I wish he hadn’t said that. But it’s not going to change,” Rubio added. “We’re going to have an election in November. And people should have confidence in it.”

Sen. Chuck Grassley (R-Iowa), who is in the line of succession for the presidency as the president pro tempore of the Senate, dismissed Trump’s tweet as just the opinion of one person, noting that it would take an act of Congress to change the date of a federal election.

“It doesn’t matter what one individual in this country says,” Grassley said. “We still are a country based on the rule of law. And we must follow the law until either the Constitution is changed or until the law is changed.”

House Minority Leader Kevin McCarthy (R-Calif.) similarly said he opposes pushing back the date of the election. “No way should we ever not hold an election on the day that we have it,” McCarthy told reporters.

The president’s tweet stems from his long-running allegations, without evidence, that mail-in voting is unreliable and riddled with fraud. It also comes as he is trailing significantly in the polls to presumptive Democratic presidential nominee Joe Biden, who predicted in April that Trump would seek to push back the date of the election.

“With Universal Mail-In Voting (not Absentee Voting, which is good), 2020 will be the most INACCURATE & FRAUDULENT Election in history. It will be a great embarrassment to the USA,” Trump wrote on Twitter. “Delay the Election until people can properly, securely and safely vote???”

Later on Thursday, Trump softened his suggestion, tweeting that Americans “Must know Election results on the night of the Election, not days, months, or even years later!”

“Moving Election Day would seriously jeopardize the legitimacy of the election,” Rep. Dusty Johnson, a conservative House Republican from South Dakota, wrote on Twitter. “Federal, state and local officials need to continue to work hard to ensure that Americans can vote safely, whether by voting early or on November 3.”

Rep. Adam Kinzinger (R-Ill.), an occasional Trump critic, wrote: “Reminder: Election dates are set by Congress. And I will oppose any attempts to delay the #2020Election.”

Senate Majority Leader Mitch McConnell (R-Ky.) declined to respond to reporters’ questions about Trump’s tweet, but he reportedly told WNKY in Kentucky that the election is set in stone.

Democrats said the president’s suggestion represented further evidence of his desire to undermine trust in U.S. institutions, and they panned it as a distraction from Trump’s handling of the coronavirus pandemic.

“He’s always trying to divert attention from his overwhelming failure on Covid,” Senate Minority Leader Chuck Schumer (D-N.Y.) said in a brief interview. “And it’s not going to happen.”

Melanie Zanona and Max Cohen contributed to this story.

Rajesh Khanna, The Conversation Imagine being infected with a deadly virus that makes you impervious to pain. By the time you realize you are infected,...
Read more

Former Daily Mail editor Paul Dacre is set to take over at the broadcast watchdog Ofcom which has been regularly criticised for failing to...
Read more