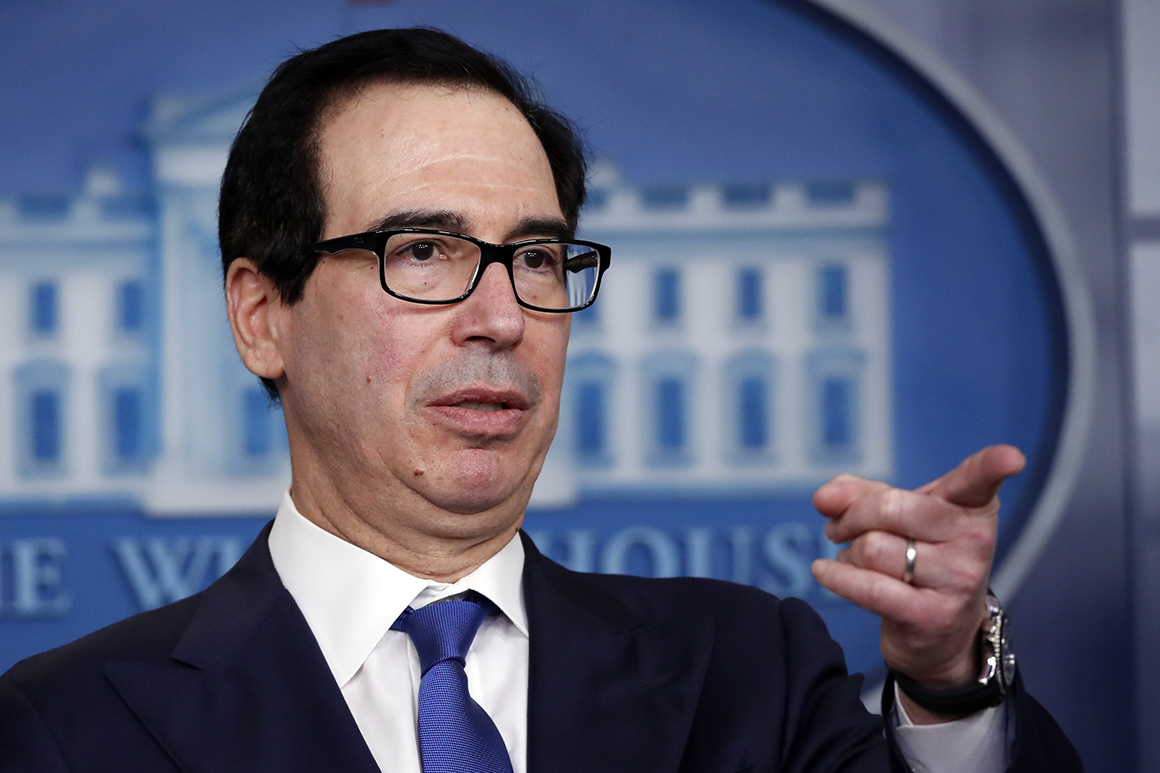 Democratic leaders say they are talking with Treasury Secretary Steven Mnuchin about how to break a stubborn impasse over the next congressional response to the coronavirus pandemic. But there’s just one problem: Senate Republicans might not go along.

Speaker Nancy Pelosi “has a lot of whole other demands. I know that Secretary Mnuchin is negotiating with her. And that’s all well and good,” said Sen. John Kennedy (R-La.) in an interview Wednesday. “It’s still got to pass the Senate. And I think there are a lot of Republicans that are going to have a lot of questions of whatever the secretary and the speaker agree to. Just because they agreed to it, it’s not a done deal.”

Senate Minority Leader Chuck Schumer (D-N.Y.) spoke to Mnuchin on Wednesday, aiming to open up negotiations with him and Pelosi. The speaker, who is working remotely from San Francisco, has not talked to Mnuchin recently. But staff for the two Democratic leaders, Mnuchin and his aides are working to schedule a telephone call to discuss how to break a stalemate over what to do next in response to the virus’ hit on the economy and unemployment.

Schumer expressed optimism the two sides could cut a deal — but Democrats acknowledge President Donald Trump needs to empower Mnuchin to bring everyone on board.

Meanwhile, the $ 349 billion Paycheck Protection Program is expected to be fully subscribed as soon as Thursday, according to Republicans, when the Senate’s next pro forma session is scheduled. Led by Senate Majority Leader Mitch McConnell (R-Ky.), Republicans want to approve $ 250 billion to replenish the program immediately; Democrats want both changes to the program and $ 250 billion more for local governments and hospitals.

And Democrats made clear on Wednesday they are still not backing down. House Majority Leader Steny Hoyer (D-Md.) said his party is “hopeful that Republicans will agree that we need to deal with state and local and tribal government as well as our health care providers."

On a private call with House Democratic freshman lawmakers Tuesday, Pelosi also signaled as much. The speaker indicated negotiations were at a logjam, saying Democrats have laid out their offer and now it’s up to Republican leaders to come to the table and compromise, according to sources on the call.

That’s the fray Mnuchin is entering — and it’s one that some Republicans aren’t sure he’s ready to navigate. That’s because there’s a difficult hurdle in Congress, which is now officially on recess until May 4 as lawmakers do their part to try to stop the spread of the coronavirus. One lawmaker can derail legislation in the pro forma sessions each chamber holds twice a week.

And Republicans say Mnuchin can’t exactly negotiate on behalf of the entire GOP as is necessary, unlike during normal times when 60 votes rule the day in the Senate and a bipartisan coalition can steamroll objections from the right flank of the party.

“I don’t see us giving in. I just don’t,” Kennedy said. “Secretary Mnuchin can make all the deals he wants to with Speaker Pelosi, I’ll certainly look at them, but I think it’s going to have a tough time in the Senate.”

“Mnuchin doesn’t represent congressional Republicans in their entirety,” said a Senate Republican aide. “But that’s what you need with UC (unanimous consent). If Mnuchin deals, he better be ready to sell this to our conference. And he better have the president on board.”

Trump has said he doesn’t want to add anything beyond small business relief in the interim relief bill, tweeting this week that he wants to “Replenish Account Now!”

The Treasury Department did not immediately respond to a request for comment. And Republicans have generally praised Mnuchin’s responsiveness in recent weeks running Treasury, even if they aren’t exactly urging him to cut a deal with Democrats.

And there’s no sign of anyone bending. Sen. Susan Collins (R-Maine) said in an interview Tuesday that Democrats’requests are worthwhile but should be negotiated later. The Paycheck Protection Program, she argued, is what’s needed now and she implored Democrats to abandon their demands to broaden the scope of the package.

Pelosi was unmoved by Republican attacks on her position, releasing a statement on Wednesday afternoon declaring she was sticking to her original demands.

“Democrats know that in order for the Paycheck Protection Program to succeed, it must work for everyone," Pelosi said as funds began to run dry. “As has been clear since last week, Republicans’ bill which fails to address these critical issues cannot get unanimous consent in the House.”

“I am really surprised that Sen. Schumer doesn’t see the need to replenish this program. This doesn’t mean that there aren’t other programs that don’t warrant additional funding, but this program is going to run out for certain,” said Collins, among the most amenable Republicans to cutting a deal.

McConnell may decide to try again Thursday to pass his package and force Democrats to block it. And just like last week, Democrats could decide to offer their proposal and watch McConnell spurn them.

The House has its own pro forma session Friday, a deadline Hoyer said he hopes negotiators are able to meet to pass an interim deal. But privately, aides in both parties say congressional dealmakers seem much further apart, predicting the impasse could carry over into next week.

Marianne LeVine contributed to this story.