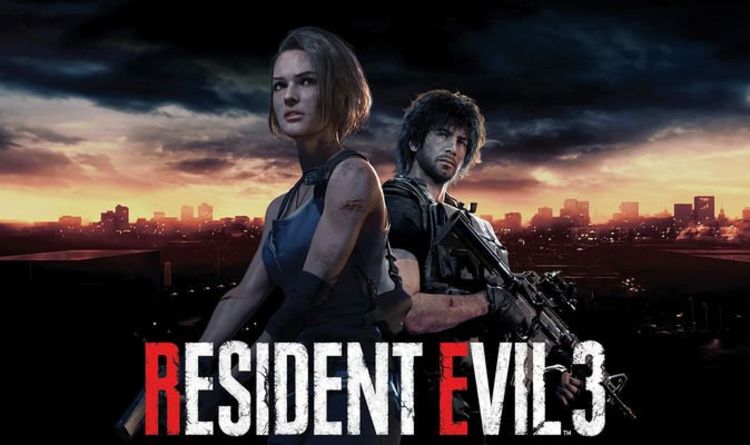 Resident Evil 3 Remake fans may have to make some difficult decisions when the game launches for PS4 and Xbox One later this year.

Announced at the tail-end of 2019, the upcoming survival horror remake has an April 3 release date on consoles and PC.

With the release date creeping ever closer, Capcom has revealed new details about its latest remake.

This includes the game’s file size, which is surprisingly large when you factor in the separate Resistance download.

According to the Xbox One store page, the Resident Evil 3 Remake campaign weighs in at a hefty 43GB.

Like a survival horror item management screen, PS4 and Xbox One owners may have to shuffle some games around to make room for both downloads.

Either that or replace the campaign with the multiplayer mode once the story is completed.

Resident Evil 3 Remake has been remade from the ground-up for current-gen platforms.

Developed with the the same RE Engine used for Resident Evil 2 Remake, Capcom’s upcoming horror game features an over-the-shoulder perspective for added immersion.

“The city itself comes to life as never before thanks to the RE Engine, which provides players with both high-definition visuals and modernised gameplay mechanics,” Capcom explains.

“The remake also marks the first appearance of Nemesis, a hulking bioweapon that will stop at nothing to get to Jill as she attempts to get away from the T-virus that’s plaguing Raccoon City.

“In addition to the single-player campaign, players can also dive into previously untold Umbrella experiments on the outskirts of Raccoon City thanks to the addition of the online asymmetrical multiplayer game Resident Evil Resistance.

“A 4 vs. 1 multiplayer experience, Resistance lets players assume the role of a Mastermind, who can manipulate the environment and place vicious creatures, set traps and weaponised security cameras to snare hapless Survivors. The four Survivors, on the other hand, must effectively work together to stand a chance of escaping the experiment before time runs out.”

Hardcore Resident Evil fans might even want to check out the special Collector’s Edition, which comes with a host of bonus items.

In addition to the core game, fans will receive a Raccoon City Double-sided map, a Collector’s Artbook, a digital soundtrack, a special S.T.A.R.S box and an 11-inch Jill Valentine figurine.